To live healthy, we need a healthy planet. Human health, the health of other animals and the environment are so closely linked that it can be said that everything is Single Health. This is confirmed by the ecologist Fernando Vallados Ros, the veterinarian Elisa Pérez Rámirez and the epidemiologist Adrian Hugo Aginagalde Llorente. 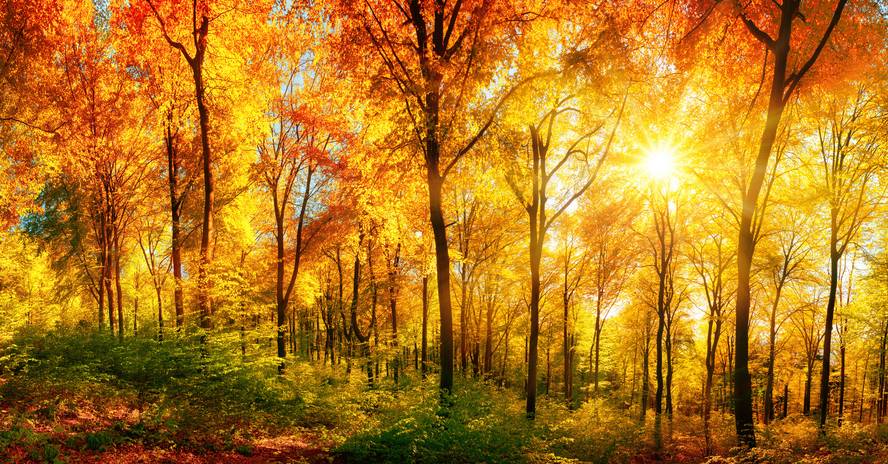 As a violent note in films and series, the ecologist Fernando Vallados Ros began his intervention warning him that he would talk to the dead. And also from the beginning: “Climate change directly causes the deaths of more than half a million people a year.” And this is just the tip of the iceberg, because climate change has many branches. “It affects the vector distribution of infectious diseases and air allergens, hinders cardiopulmonary diseases, conditions the availability of water and food and favors more than half of human migrations. With this in mind, it can be said that tens of millions of people die each year from climate change.”

Vallada, researcher at CSIC and professor at Universidad Rey Juan Carlos, has extensive experience in the study of climate change in biodiversity and ecosystems and has been warning about the influence of the health of ecosystems on human beings for years. He also did so in his speech in San Sebastian last March at the UPV Summer Courses. Clear message in the title itself: “Change will be socio-economic when we understand that there is only one health.”

“Inevitably, we have all learned the concept of ‘group immunity’; there is a similar concept, much more unknown but with much greater prevention capacity: ‘psy-immunity’, Vallés explained. “Functional landscapes that allow biodiversity are good insurance against infectious diseases. Obviously, they do not completely destroy them, but these diseases significantly reduce the risk of passing on to humans.”

“That is why many ecological restoration actions should be integrated into the public health arena,” he continued. 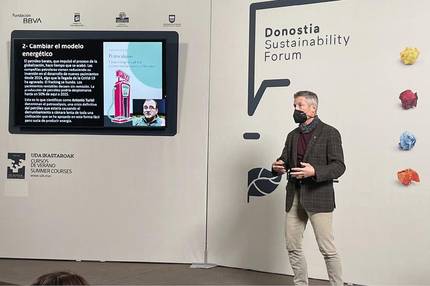 “Preventing pandemics is much cheaper than facing a pandemic.” This is demonstrated by a study published by Dobson and his colleagues in the journal Science. They estimated the cost of three measures to prevent pandemics: halting the deforestation of tropical forests, limiting illegal trade in species and establishing an early warning and control system for infectious diseases. They came out between 17 and 27 billion. “It’s a lot of money,” Vallados said, “but it’s costing us a thousand times more to face COVID 19.”

And despite infectious diseases and pandemics, there are many studies that highlight the value and even cost-effectiveness of environmental protection. In another paper published by Hamilton and his colleagues in The Lancet, for example, they estimated that if the measures set out in the Paris Agreement were complied with, some 10 million deaths would be avoided by 2040.

“Millions of deaths are preventable,” Vallados said. But to do so, he sees the need to make many changes: the socioeconomic system, the energy model, the company model, and even the concept of health itself. “Ultimately, happiness, well-being and many psychological and physical aspects of health are directly related to the concept of planetary health or unique health. All evidence indicates that our health is directly related to ecosystem health. It is necessary to introduce the concept of Single Health into health strategies, etc.”.

"Why don't we change course? Because we are not aware of the extent to which our health depends on this change and how the impact we produce on the environment turns us into a person,” Vallados concluded.

“Caring for the environment is the best vaccine possible,” says Elisa Pérez Ramírez, a veterinary surgeon. “If with the impact of the pandemic, not only on our health, but also on our lives, we don’t understand what relationship there is between all this and what we are doing to the planet, I don’t know what else we need.”

The concept of Single Health is a concept that veterinarians have known for a long time. In fact, the 21st century was created by an American veterinary association. early 20th century. In his view, it was necessary to have a unified vision of health, including the environment, animals and people, and prevention strategies should be addressed from this perspective. The Single Health Strategy is currently supported by major international organisations such as the World Health Organisation, FAO, the World Food and Agriculture Organisation, the OIE, the World Organisation for Animal Health and UNICEF. “We are very clear: if animals are not healthy and in good living conditions, humans will never have good health,” says Pérez. “The link is total.”

“A lot of diseases come from animals. And the more disruptive the ecosystems are, the greater the loss of balance, of defense and of the problems of obtaining nutrients in animals, which significantly affect their immune systems. This greatly increases the excretion of pathogens,” he explains. “And to this must be added that more and more is being introduced into habitats that until now were of wildlife, not only us, but also livestock, etc. Interactions have increased enormously, and therefore risks.”

Ecosystem health is therefore essential to the health of healthy animals and a first barrier to these animal diseases. On the contrary, “little is said about it, but we also transmit disease to animals, which is also very important for the health of ecosystems.”

Viruses and bacteria have always been there, but we're making it easier. “The facilities to spread among us have increased enormously,” says epidemiologist Adrian Hugo Aginagalde Llorente. “One of the great problems of this globalized world is the vectors that transmit disease.” This is the case with the Aedes albopictus mosquito: He entered the port of Barcelona, in the water accumulated in some tires, adapted well, ascended the Ebro and is already in the Basque Country. “Vector behavior and reproduction has changed a lot. We didn't expect A. albopictus and A. japonicus to be so well on the Iberian Peninsula. They adapt to climate change, their biology, and in winter they don't die. They are great waters.”

“On the other hand, the XXI. What we've seen in the 20th century is that, without us doing anything, migratory birds can bring viruses, pass these viruses on to mammals here and complete a new cycle. We didn’t expect it either.” Aginagalde refers to Crimean-Congo haemorrhagic fever.

It also mentions a new threat that is emerging due to climate change: “Permafrost is thawing, leading to the reappearance of anthrax, affecting mammals and some cases in people in northern Russia. And we don’t know what microorganisms can be in the permafrost.”

“We knew that climate and the environment are of great importance to health, but now we are seeing it in new ways. And this has reconnected us with Unified Health,” says Aginagalde.

The Single Health approach encompasses three main areas: medicine and public health, veterinary and environmental sciences. “Many others can be added to this, and I think they should be added, for example, anthropology, sociology, economics, which has many branches,” explains Pérez. “But at least this connection between the specialists of this basic triangle is fundamental for the correct treatment of many diseases.”

The first candidate for a pandemic was the outbreak It is imperative to analyse which virus circulates in wild birds. Ed. Nickolai Repnitskii/Shutterstock

West Nile virus, for example, is the strategy they're working with. Perez's team detects the virus in birds, and another team of entomologists working with mosquitoes. “We have seen that in humans we can detect the virus in mosquitoes, ducks or eagles 20 days before the first cases appear. Well, there is no optimal system of <br spacewithin="1.35" spacebefore="0.2"/ It is not easy and expensive, but the savings are much more, because it allows for concrete action in time."

Another example is the marshal flu. “It is essential to analyse which virus circulates in wild birds, especially in ducks, since it is the virus that then reaches the farms.” Indeed, the first candidate for a pandemic was the twins flu, which still manifests itself in the opinion of Perez. “Millions of birds have had to be slaughtered in the last three years. And every year we're scared because a new strain appears. It has all the characteristics of passing to other species. Fortunately, so far few subtypes have demonstrated the ability to move from the human being to the human being, but when this happens I prefer not to think…”.

“We have seen how a pandemic affects our health and our lives. Well, the risk of having more pandemic is enormous, and even more so given how we are destroying the planet, the huge amount of meat we eat, the giant macropies we have, the markets for live animals, etc.”

Therefore, Pérez considers a real commitment of institutions to work with the Single Health Strategy as essential. “We professionals are clear, and institutions must also understand that promoting this concept is a good investment, creating specialized research institutes and even creating inter-ministerial bodies. It's sad, but preventive work isn't as spectacular as building new hospitals or creating new vaccines. It would have been much better if that money had been spent to prevent all this from happening.”

“Medicine has focused primarily on diagnosis and treatment, where almost all resources are concentrated, leaving very few for protection, promotion, prevention and surveillance,” says Aginagalde.

In the Amazon and in Africa, associated with deforestation, there is a risk that viral hemorrhagic diseases will increase, as well as the emergence of new viruses. Ed. Richard Whitcombe/Shutterstock

Maybe the Single Health approach helps change this. “It’s already helping,” says Aginagalde. “Very interesting results are being obtained in terms of antibiotic resistance, both in the consumption of livestock antibiotics and in the resistance detected in waste water. XXI. It is the greatest threat of the twenty-first century and, against it, that approach is needed. However, we have a great deal of work in cooperation, because in our countries it is not enough to change things, it must also have an impact on the livestock sector in China, Africa and so on. Because resistance, like disease, spreads.”

We have also asked Aginagalde and Pérez what forecasts they have for the future. “Uf, that’s what I did lately when I announced that we would have a coronavirus, a MERS or something, and that it would come from China,” Aginagalde says.

“We are probably witnessing an acceleration of acute viral infections of the respiratory system, which will be one of the challenges of the future,” he continues. “On the other hand, multi-resistant bacteria will undoubtedly be one of the biggest problems. Directly related to climate change, extreme hot flashes and vectors can also cause major problems. And then there are issues that are harder to foresee. For example, we do not know what can happen with thawing of the permafrost, where there could be a latent risk. On the other hand, in the Amazon and in Africa, linked to deforestation, there is a risk that viral hemorrhagic diseases will increase, as well as the emergence of new viruses.”

Pérez also sees similar risks, but he also wanted to open a window to hope: “I try to be optimistic and I hope that with this scare we have had, I will begin to understand that investing in environmental care is a fantastic expense and start working in that direction. And on the other hand, that interdisciplinary work can slow things down before they happen. It is clear that new diseases will appear more and more. I trust the new generations, I think they're more aware of taking care of the environment, ecosystems and health. And I also have great confidence in your work [the science communicators], which during these two years you have done a great job.”