The dream, much more than the rest

If sleep was not an absolutely necessary function, the leading researcher of Allan Rechtschaff's dream stated in 1978 that it would be one of the greatest mistakes in evolution. Of course, it is not an error of evolution. Thanks to the studies of recent years, we are increasingly clear that we do not spend almost 30 years sleeping in vain. 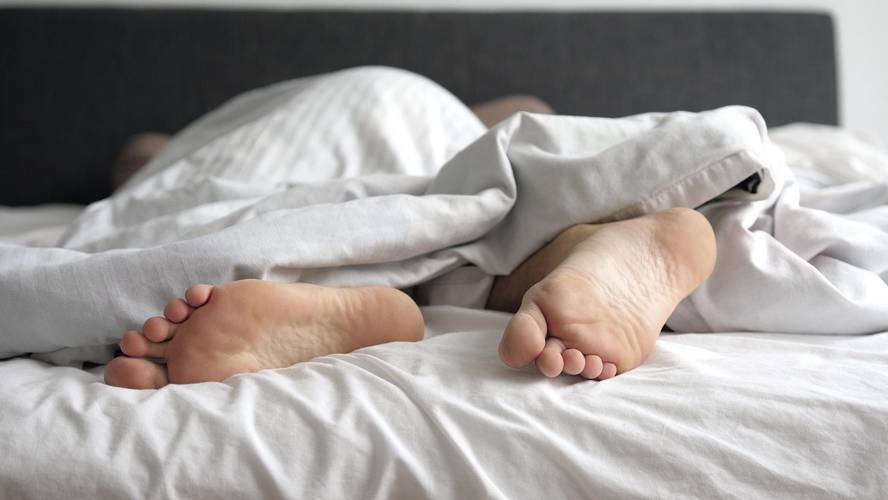 “It is a vital necessity, such as drinking and eating,” says Joaquín Durán-Cantolla, Head of Research Services at BioÁlava and Eduardo Anitua, director of the Clinic’s Sleep Unit. “A week without sleeping already causes psychiatric alterations and the one that does not sleep is dead in three months.”

Sleep is part of animal life. “Ninety species have been investigated and we know that all are necessary,” explains Durán-Cantolla. “The simplest animals sleep and reptiles, birds and mammals have a very similar dream with phases of different depth.”

Human beings sleep almost 30 years and it is not in vain. Durán-Cantolla is clear why: “It is an essential activity for our health, in which there are a lot of metabolic and biochemical processes that guarantee health during sleep. Memories are organized and memory is structured, our defense system is strengthened, children grow, the brain is cleared, etc. That is why sleep is so necessary, because we do all these things when we sleep.”

It is increasingly evident that the functions of sleep are many and important. One of the most well-known functions is the processing and consolidation of memory. In the mouse it has been observed that the structural and composition changes that occur in the synapses of neurons during sleep are key to the fixing of memories. And some experiments with people show that those who do not sleep well retain more negative memories. “The brain makes a memory cleaning, removes unnecessary or undesirable memories,” explains Durán-Cantolla.

A 2013 study found that the brain also cleans during sleep rather than memory. Researcher Maiken Nedergaard thought it was rare that the lymphatic system did not reach the brain. Thanks to this system, the cells of the body remove the waste. Believing that the brain also had to have a similar waste disposal mechanism, Nedergaard began to look for it in the brain of mice. And he discovered that when the mice were golden the cells of the brain contract and that the intercellular space increases by 60%, which facilitates the movement of the intercellular fluid and the cleaning of the garbage that accumulates in the brain. It was called glymphatic system because of the importance of glial cells in this process.

This cleaning system can be very important as several diseases are related to the garbage that accumulates in the brain. Alzheimer's, for example, is related to the accumulation of < -amyloids and tau proteins. And, precisely, there are many studies that show the relationship between sleep and Alzheimer's, although it is still not very clear what the egg or chicken is before. “Alzheimer’s, like all psychiatric diseases, alters sleep, while saying that sleep alterations can produce alzheimer’s, at present, that is, too much,” says Durán-Cantolla. 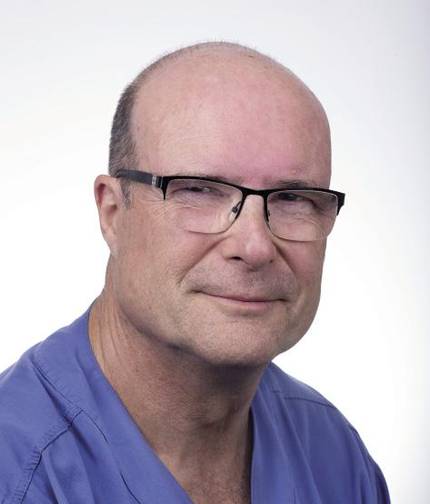 Joaquín Durán-CantlHead of the Research Services of BioAraba, Director of the Sleep Unit of the Eduardo Anitua Clinic and professor of the UPV

But this cannot also be ruled out, as suggested by the investigations of recent years. David Holtzman (University of Washington), in 2009, showed that in mice the level of <<amyloids is higher when they are awake in the brain and decreases when sleeping; and that in the brains of mice that do not sleep well, in a month more than <double amyloid accumulates in those who sleep well.

In the study, it was observed that the less overnight stays, the consequences were worse. Furthermore, in later studies it has been observed that when sleeping more, at least, the cognitive problems derived from Alzheimer in flies and mice are improved.

And in a paper published in Science in February, Holtzman and his colleagues showed that in people who remained without sleeping 36 hours, 50% of the tau proteins accumulated in the brain. Thus, researchers conclude that lack of sleep can accelerate the development of Alzheimer's disease. In this coincides Durán-Cantolla: “If a patient with Alzheimer’s sleeps poorly, their evolution will be worse than a patient sleeping well because the cleaning and reorganization processes that occur during sleep work worse.”

Besides cleaning and reorganization, it seems that the dream can also be the time of repairs. A paper published in March in the journal Nature Communications has shown that the movement of chromosomes in zebra fish increases during sleep, altering the structure to correct the errors that accumulate in DNA.

And another important maintenance during sleep is that of the immune system. “Our immune system needs constant updates so it doesn’t oppose ourselves,” says Durán-Cantolla. “The balance between protection and damage is fragile, although it is very well structured, because this fragile balance is reinforced in the dream.”

In a study conducted in 2017 with the twins, it was found that those sleeping less had a weaker immune system than their families. Several studies with vaccines have shown that fewer antibodies are generated when sleeping little. And a paper published in February showed that the effectiveness of T lymphocytes of volunteers who spent the night awake was significantly lower than those who slept. It was observed that some hormones, such as adrenaline and prostaglandin, reduce T lymphocytes and, as the level of these hormones decreases during sleep, the effectiveness of T lymphocytes is much higher. 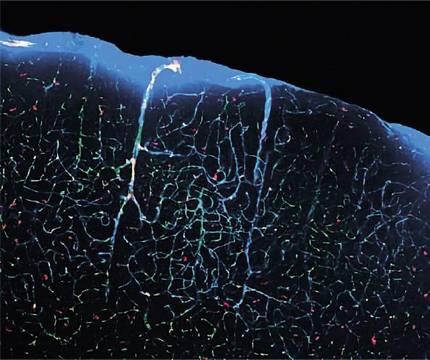 In the brain, the potassium fluid (blue) moves more easily through the channels that extend during sleep, cleaning up the accumulated residues. ED. : Maiken Nedergaard.

In fact, it is already clear that hormonal regulation systems are very influenced by sleep. For example, “we know that lack of sleep causes obesity because it affects the metabolism of insulin and some hormones and neuropeptides that regulate hunger,” says Durán-Cantolla. When sleeping little, the level of the low insulin, that of the hormone hungry the grelin rises and that of the glory drops that of the leptin. Consequently, the appetite increases when you do not get enough sleep.

In addition to obesity, sleep affects hypertension, diabetes and other metabolic alterations and diseases. One of the most prominent is arteriosclerosis. In recent years, hundreds of research has shown that lack of sleep can cause arteriosclerosis. “Those who have problems sleeping, such as insomnia or apnea, have a higher risk of cardiovascular problems, and this is especially due to arteriosclerosis,” explains Durán-Cantolla.

It is clear that sleep increases the risk of being healthy. “The dream struggles against aging,” underlines Durán-Cantolla. “People who sleep well have much better psychological well-being and quality of life, and stay younger.”

Quantity and quality are two important things. “Eight hours is a myth; we know that those who sleep less than six hours or more than nine have a health problem. But in that 6-9 interval, according to the person, it can be adequate. Statistically an adequate figure could be seven hours.”

Trying to recover what is lost during the week on weekends is not good for much. “On weekends or holidays, if we sleep more than two hours than normal, it means that we have a shortage of sleep. It is that we are trying to pay the dream debt. But the dream cannot be recovered,” explains Durán-Cantolla.

As for quality, it is important that the phases of sleep are properly fulfilled. “It’s like going down stairs, going to deeper and deeper phases, until the REM phase ends,” explains Durán-Cantolla. “Normally we perform 5-6 cycles of this type for one night, each of them lasts an hour and a half.” It is important that these cycles are fulfilled well and deep sleep is especially important. The brain cleaning system and repair and reorganization processes are the most effective. “Approximately 20-25% must have deep sleep.” 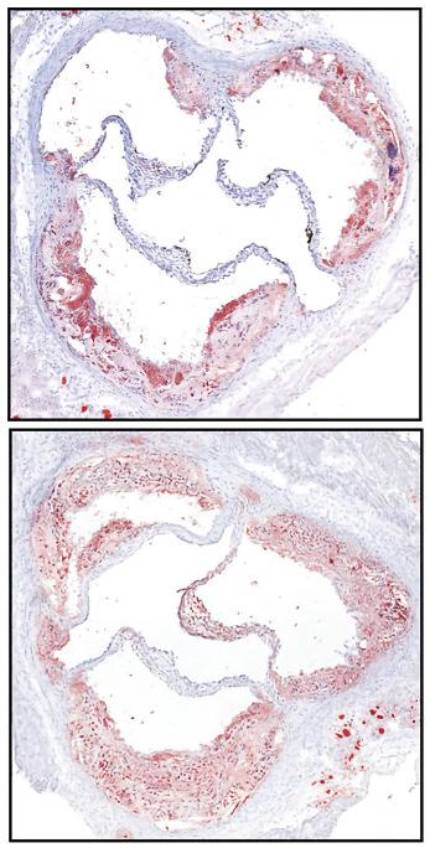 Stacked plaque in the arteries of the mice (arteriosclerosis): above, of a mouse who has slept well; below, of a man who has slept little. ED. : Mc Alpine et al. 2019/Nature.

“You can sleep ten hours, but, for example, if you have apnea, the brain is constantly awakening, even if you don’t know. Do not sleep in depth and there will be no quality dream,” explains Durán-Cantolla. And he stresses that someone who feels tired or sleepy by day, or thinks he does not sleep well by night, should consult the doctor. “Almost all sleep alterations have a remedy. But what is not diagnosed, it cannot be remedied.”

However, “in society there is more and more awareness of the importance of sleep,” says Durán-Cantolla. “We always say that sleeping is a right. The right to health includes the right to sleep well, taking into account that health is much more than not being sick.

In this sense, it rejects the habits and times that we currently have especially in the South: “We are in a time zone that does not correspond to us. Our brain has spent hundreds of thousands of years regulating with the darkness of clarity, and it cannot be that a man, almost eighty years ago, was very close to the Germans, put the time of the Germans and, although the political situation has changed, follow the time of the Germans. It makes no sense. And neither the time changes. It makes the brain crazy. We should stay in the time zone of Greenwich and with the winter time.”

“Our schedules are crazy. We are the society that works more hours in Europe and with lower performance. We take too much time to eat, eat too late and too much, and then get little yield to work. We leave late from work, dinner from 21:00 and we go to bed at 00:00. But in the morning we got up at the same time as the rest of Europeans. We live with a chronic shortage of sleep. We have a lot to improve, but it is not enough for sleep specialists to cry out, political and civic actions are needed. It is very important that society claims the right to sleep well.” 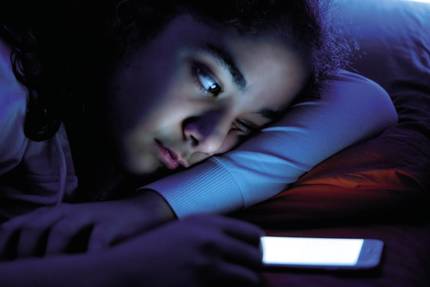 Ed. Banu Sevim//Shutterstock.)
Sleeping well also largely depends on yourself. Durán-Cantolla gives us some basic tips: “The first thing to do is to have an adequate attitude to sleep, you have to take the dream as a pleasure to enjoy. Dine early and lie down early. And late in the afternoon do not do sport, because sport turns on the brain. We should not use television or screen in bed. We can listen to the radio always programmed to turn it off automatically. Because if the TV or radio stays on, it will be a stimulus for our brain, it will alter sleep and the deep sleep will not come. The best thing would be to do without electronic devices. It is time to put aside slavery like that of social networks. The bed is room for sleeping and sex. Sex, yes, is an excellent activity, since it generates endorphins and a lot of substances that affect health and help to sleep well.”