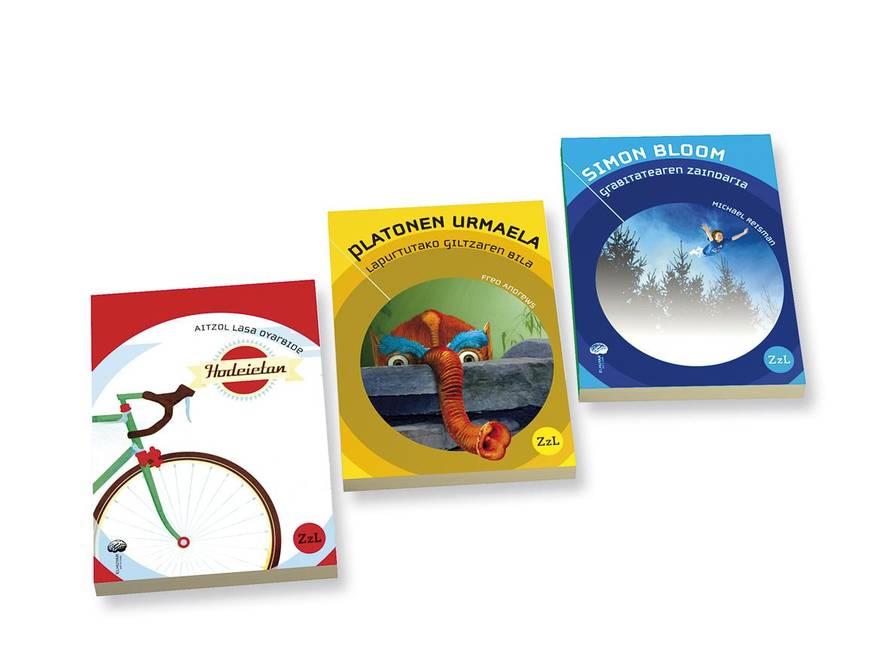 Science can be digested through fiction books, but not only through science fiction, but also through other narratives. To this end, the publication service of the Elhuyar Foundation is being published. These are narratives aimed at young people between 10 and 16 years old with the aim of spreading science.

Three books have already been published in the ZL collection. The first issue is Simon Bloom, patron of gravity of writer Michael Reisman. It is an adventure book. A child finds a book of physics, a book that keeps the secrets of physics, which allows him to manipulate the laws of physics. It can fly, change the friction of things, etc. With this power, and with the help of his friends Owen and Alysha, he ventures into adventure against a woman who has tattooed scientific formulas in her body.

The second book is the platonic pond of writer Fred Andrews, a history of detectives for young people. It occurs in a world called theme. The three protagonists, Watson, Crick and Rosa, are in that world and have to look for the way home. Someone has stolen the key that opens the door between Earth and Gaia and the protagonists have seven days to find it. To find out who has stolen the key, the reader must perform five simple experiments.

The third book is not a translation, but a text written by the mathematician Aitzol Lasa: In the clouds. "The title of the book has a great set of words inside," says Lasa. "The main character is Hodei. The book is a work of dissemination, converted into a novel, on the atmosphere and clouds. And to be in the clouds is to be clueless or unskilled in a specific subject. And Hodei has it all."

The book won the CAF-Elhuyar award in the section on narratives for young people in the year 2010 and has been published this year. The two main characters are a boy of letters and a girl of sciences, Hodei and Estibalitz. And with this combination, together with two other protagonists, Lasak Hodeietan has elaborated a dynamic account with the themes of the atmosphere and the appearance of bicycles.