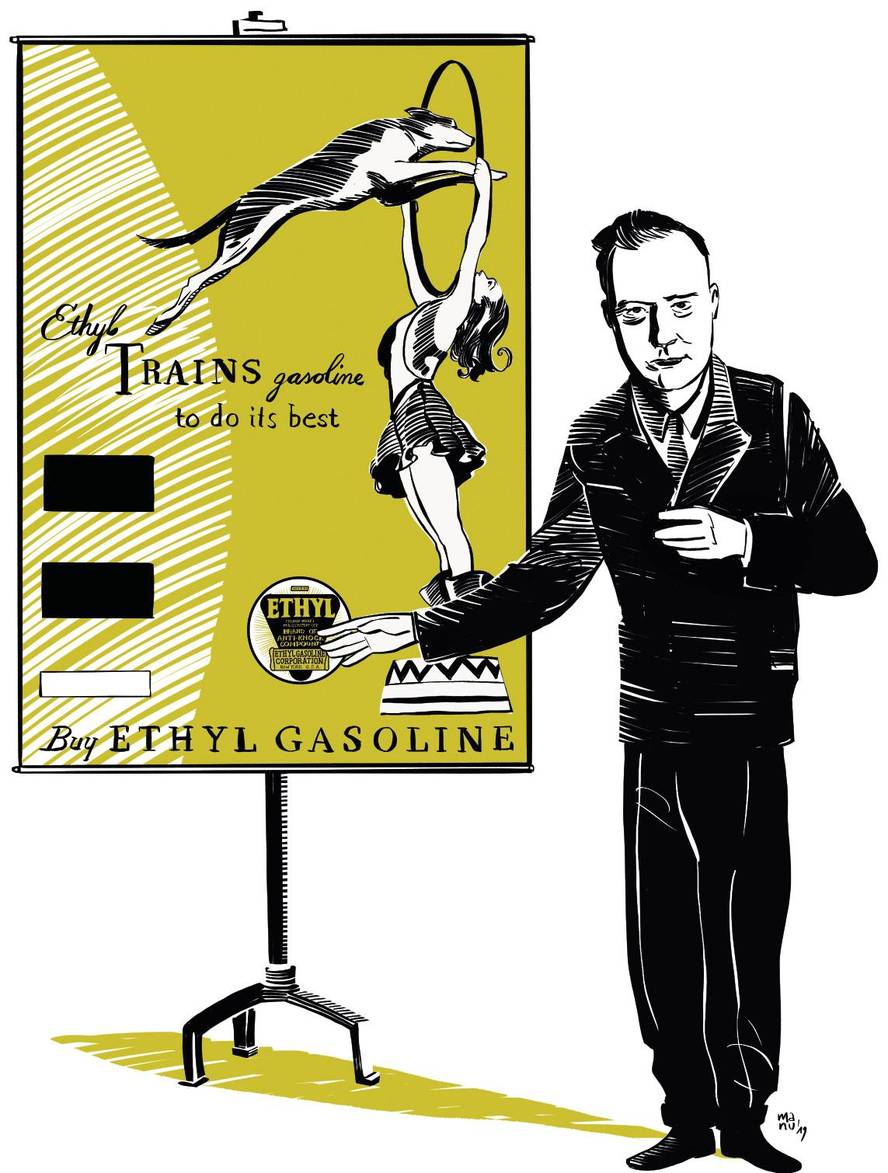 On Thursday, October 23, 1924, Ernest Oeller told his companions that someone was following. On Friday they saw the workshop run, shouting, “Three of them come to me at once!” He was transferred to the hospital. He died the next day. By then there were four companions in the hospital: William Kresg lost ten kilos for four weeks incomprehensively; William McSween arrived home at night, and at dawn he was surprised with ghosts; Herbert Fuson also took his shirt tight, with his head lost; and Walter Dymock leapt through the window of his room.

“A strange gas has killed one and made four crazy,” The New York Times line chief said Monday. By Thursday everyone was dead. They were workers at the Bayway factory (New Jersey, USA) of Standard Oil. They produced a lead tetraethylene as an addition to gasoline. After a week another 35 workers became ill.

They were not the first (nor the last) to get sick or die from tetraethylene lead work, but those they had until then were quite quiet. However, Bayway's cases appeared in the press. “Surely these workers have become sick because they have worked too hard,” a representative of the company expelled. Subsequently, Thomas Midgley, vice president of the lead manufacturer tetraethylene, offered a press conference to respond to the incident. They blamed the workers saying they didn’t want to wear gas gloves and masks, and they weren’t aware that this was “men’s work.” He assured the journalists that if they worked correctly there was no danger. He then asked an assistant to bring tetraethylene lead and washed his hands with it. “I am not running any danger,” he said, as he wiped his hands with a handkerchief, “and if I do this every day I will not be in danger.”

Three years earlier, Midgley found the solution to an unpleasant problem in car engines. In the best cars there were also continuous explosions when burning gasoline in the engine, often until the agitation of users. When young engineer Midgley starts working at General Motors, he starts researching how to solve this problem. For six years he tested with hundreds of compounds and discovered some that reduced explosions.

Most had some problem: they were too corrosive, difficult to get, expensive... The tellurium, for example, decreased explosions, but left a bad smell; “so penetrating that even bathing and changing clothes did not go,” Midgley said. For seven months he had to sleep in the basement, because his wife was unbearable. “I don’t think that, although this doubled the fuel economy, humanity would suffer this smell.”

Lead tetraethylene was first tested in December 1921. It was a hopeful compound. By testing with similar compounds, Midgley knew it could work properly and was easy and cheap to do. When they entered the test engine, the explosions were silenced, there were no bad smells, and the engine was with the sweet urruma… Midgley and his companions danced.

They discovered the perfect additive. It was not taken into account, since in 1954 it was discovered by a German, who in almost 70 years was not given a commercial use to this compound for its enormous toxicity and even mortality. They took into account the bad name that lead already had and called Ethyl to leaded gasoline. General Motors and Standard Oile created Ethyl Corporation for production.

In December 1922, the Chief of the Public Health Service wrote to them concerned about the lead that would flow when burning gasoline. Midgley replied that there was no experimental data, but to be calm: “In the streets there will surely be so little lead that it cannot be detected.”

Leaded gasoline began to be sold in February 1923. Months later, the cars that used Ethyl gasoline in the prestigious Indianapolis 500 car race were the first, second and third places. Soon the virtues of this new fuel spread: the car not only made it quieter but made it harder and faster.

In August 1923 a tetraethylene lead production factory was opened in Deepwater, New Jersey. The first deaths of workers would begin before the first month. Soon the factory would be called “the house of butterflies”, since it was usual to have hallucinations with insects. They continued to open more factories. More dead and sick. 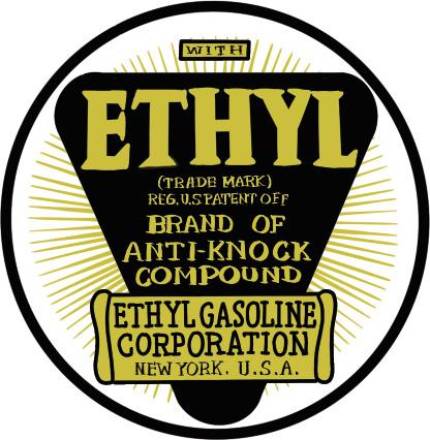 In the spring of 1924, at the same workplace in Midgleyen (Dayton, Ohio), two workers who worked with lead tetraethylene died and many others became ill. Midgley knew these men and the burden of guilt led to depression. He also thought about dispensing with tetraethylene lead. His boss, Charles Kettering, took his head off. He hired Richard Kehoe, a young doctor to solve the problem.

Kehoe's first job was to analyze Dayton's deaths. Analyzing sick men, he concluded that lead vapors accumulated in the factory and poisoned workers. But there was no reason to stop using tetraethylene lead, it was enough to place fans in the factory.

Analyzing the lead level of workers who worked directly with tetraethylene lead and did not have it, he observed that they all had lead, and hence deduced that lead in the body was natural. That was precisely what Keho would defend in the future: that the presence of lead in the human body was totally natural and normal, and that it did not cause problems if not exceeded a certain level.

Despite his criticism, Kehoe became an official expert on lead and health, almost authoritative, even though he was paid the General Motors salary.

In 1924, after cases of Baywai in New Jersey and New York, tetraethylene lead production was immediately banned. But this prohibition was only temporary. Two days after Baywai's fifth death on 1 November, The New York Times drew the following link, announcing some tests done the previous year with animals: “Ethyl gas has not been threatened by society after long experiments with engine discharges, according to the Office of Mines. No more deaths are expected.”

But there was more. “It’s true that we have a lot to do for staff to act responsibly,” said a representative from Ethyl Corporation, “we have to protect ourselves.” Ethyla's production advanced. In the 1960s, 98% of US gasoline contained lead. Fortunately, Clair Patterson began his fight against lead at the time, after discovering that everything was contaminated with lead.

Midgley also made other “important” discoveries. Most notably, chlorofluorocarbons (CFCs) were optimal refrigerants for car and building air conditioners as well as refrigerators. Previously known refrigerants were toxic, with a tendency to burn and explode too much. To demonstrate that CFCs were not at risk, Midgley made a new demonstration: He caught a mouth of the Freon 12 gas and blew a candle.

Then they saw that, in addition to some extra advantages as refrigerant, they were ideal for the dispersion of insecticides, which were used in all types of sprays, in addition to insecticides. In the 1970s several researchers began to realize the impact of CFCs on the ozone layer and in the late decade began to regulate its use. At the same time, standards began to be applied to reduce gasoline lead.

Midgley died three decades earlier. In 1940 polio was surprised and was parallel below the waist. To move from bed to wheelchair, he invented a motorized system of ropes and pulleys. In 1944, at age 55, the rope was found stuck in them.