Among the strategies to extend life, calorie reduction is one of the most interesting, since it has been shown to be effective and safe in some animal species. However, scientists still do not know well the mechanisms behind calorie reduction, nor their influence on long-term people. The objective of the CALERIE experiment is to answer these questions and now the conclusions of the second year have been made known: as in animals, calorie reduction slows down aging in people. CALERIE is the most complete and rigorous experiment to analyze the consequences of eating fewer calories than long term desired by healthy people. It has been sponsored by the United States Institute of Health (NIH) and developed between several centers in two phases.

In the first phase, the consequences of calorie reduction within six months in people's metabolism were studied. Three situations were analyzed: taking 20% fewer calories than they would need to maintain the initial weight, 25% less and 30% less calories, always ensuring the nutrients needed to maintain health.

Among the participants were men and women, with a body mass index between 25 and 30, that is, overweight.

The results of the experiment were satisfactory: in general, they lost weight and visceral fat, improved insulin sensitivity, decreased body temperature and decreased the level of thyroid hormone T3 or triiodothyronine, among others. Somehow, they approached the parameters of animals and people who live long.

From these results the second phase was designed. The main feature of this phase is that the participants had an adequate weight or were somewhat thicker than enough. It should be noted that the calorie reduction was milder than in the previous phase, with an average of 15%.

For two years they have conducted an experiment at the Pennington Biomedical Research Center. At first there were 73 volunteers, but finally they took into account the data of 53 volunteers: 36 women and 17 men aged 34 to 46, mostly white. Of these, 34 suffered a calorie reduction and 19 ate what they wanted. 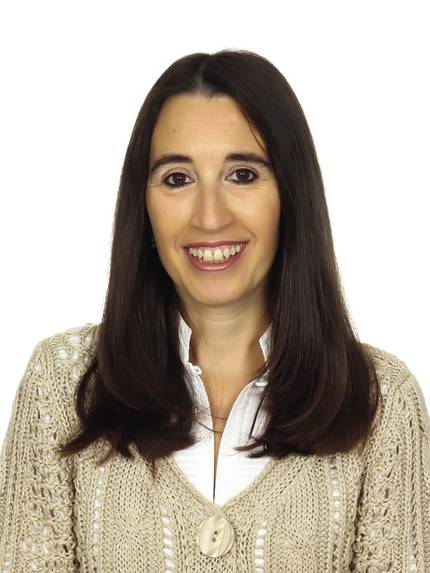 Mª Puy Portillo Baquedano. Researcher of the Nutrition and Obesity group and CIBERobn of the UPV.

The aim of the second phase was to explain the mechanism by which calorie reduction prolongs its life. In fact, many mechanisms have been proposed, but no complete clarification has been achieved. Research has focused on the two main theories of aging. Both of old, with favorable but not profoundly demonstrated experimental signs.

The first is the so-called life rate, related to metabolic rate: in mammals, within a certain species, at a higher metabolic rate compared to the mass unit, less life and vice versa. The other is the theory of oxidative damage, in which the side products (ROS) of oxidative phosphorylation that occurs in mitochondria damage DNA, lipids and proteins, accelerating aging.

Well, according to the results obtained in the experiment, the researchers conclude that both occur. That is, they consider that calorie reduction prolongs life by moderating metabolism and reducing oxidative damage.

Thus, for example, the volunteers lost 8.7 kg on average and those in the control group gained 1.8 kg. Well, those who suffered a reduction in calories from weight loss had an even lower energy expenditure than expected, both in 24 hours and overnight stays (between 80 and 120 kcal per day). According to the researchers, this means that they were adapted to the metabolism. At the same time, thyroid hormone activity and ROS levels were reduced. That is, oxidative damage decreased.

Therefore, reducing 15% of calories seems to be effective to lengthen life. In addition, researchers said it is safe in an article published in 2016.

Although the results of the CALERIE experiment coincide with the two main theories on aging, many questions remain to be answered. In any case, Mª Puy Portillo Baquedano, Head of the Nutrition and Obesity Research Group of the UPV/EHU, and the researcher of the group CIBERobn, considers that the research is “really interesting”. 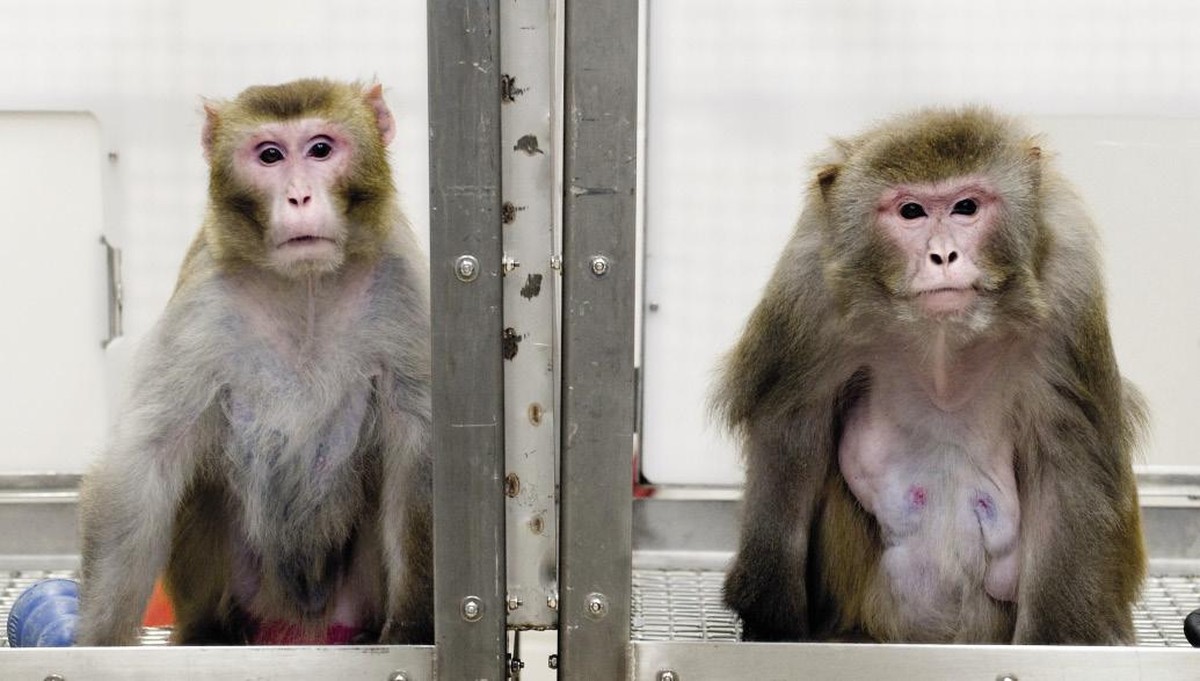 In 2009, a study by the University of Wisconsin-Madison showed that calorie reduction is effective in extending primates' lives. ED. : Jet Miller/ Wisconsin.

Portillo recalls that the first investigations of the effect of calorie reduction in life were carried out in yeasts, then in nematodes, and from there, in increasingly complex animals, until reaching the primates: “In all of them they have seen that a low caloric reduction prolongs their lives compared to those who eat whatever they want.”

But in humans, Portillo has explained that it is very difficult to carry out this type of research: “As we live for many years, no research has been proposed that will last the life of volunteering. In addition, ethical committees must approve the study and it can be questioned to what extent it is ethical for a person without obesity to undergo a low-calorie diet. Etc.”

However, Portillo also states that the results of the CALERIE experiment confirm what he had already seen in animals and in that sense considers “significant”: “Because we are also tired of seeing that results are achieved in animals and that later in people the same does not happen. This time they have not shown that calorie reduction prolongs their lives, but data obtained over a period of two years suggest that it is possible.”

It has also given importance to the ratification of both theories: “Both metabolism and oxidant radicals have shown that both occur.”

Portillo has recognized that he expected a decrease in oxidant radicals, a consequence that has been demonstrated in many other studies, even those carried out by them. On the contrary, the reduction of metabolism was less clear: “In this sense it seems to me a milestone, since the measurements have been made in a metabolic chamber and the data obtained are revealing”.

Portillo's team has investigated with rats. Above, the liver of a healthy rat. Below, a rat with a lot of saturated fat and sugar. ED. : Portillo.

But questions also arise: “For example, how long should calorie reduction be extended? The research has lasted two years, it is not so much and its consequences have been measured quickly. But do you have to do it all your life to have effect? And if they now eat normally again, the metabolism normalizes again, the level of oxidants… I don’t know”.

In this sense, Portillo has indicated another way: to reduce calories periodically and in a short space. “That can be a good option, at least easier than dieting throughout life.”

Here is the epigenetics: “Fasting and other stressful situations cause epigenetic marks and I think brands affected by calorie reduction are more likely to last if done on a regular basis. But, of course, it must be demonstrated and concretized all aspects: when to begin, how long the reduction should last, how much space to leave until the next...”.

Of course, it is clear that calorie reduction cannot be great: “We talk about a healthy population, not obese, so you can’t go on a hypocaloric diet. For example, the CALERIE experiment has been reduced by 15%, which is quite smooth. Those who want to lose weight are given more than 25%. It is true that researchers claim that volunteers lost 8 kg, but that is very little if the goal had been to lose weight. In addition, this loss occurred in the first year and then remained in weight.”

Taking into account the above, it is worth continuing to investigate in this line. Portillo research team investigates with rats: “These are preclinical studies. We investigated the influence of polyphenols on obesity and its associated pathologies.”

Resveratrol is one of the most studied polyphenols. “In addition to what we have done, there are numerous bibliographies on the influence of polyphenols and we have seen that they work with mechanisms of action similar to those of calorie reduction. That’s why they’re said to be molecules that mimic calorie reduction,” explains Portillo.

However, the effect is not the same. For example, the effects of a 15% caloric reduction and resveratrol in rats have been compared. “We saw that it is true that resveratrol mimics calorie reduction, but the effects of reduction are more evident in the parameters measured by us: amount of body fat, insulin resistance and fat accumulated in the liver, that is, hepatic steatosis”. 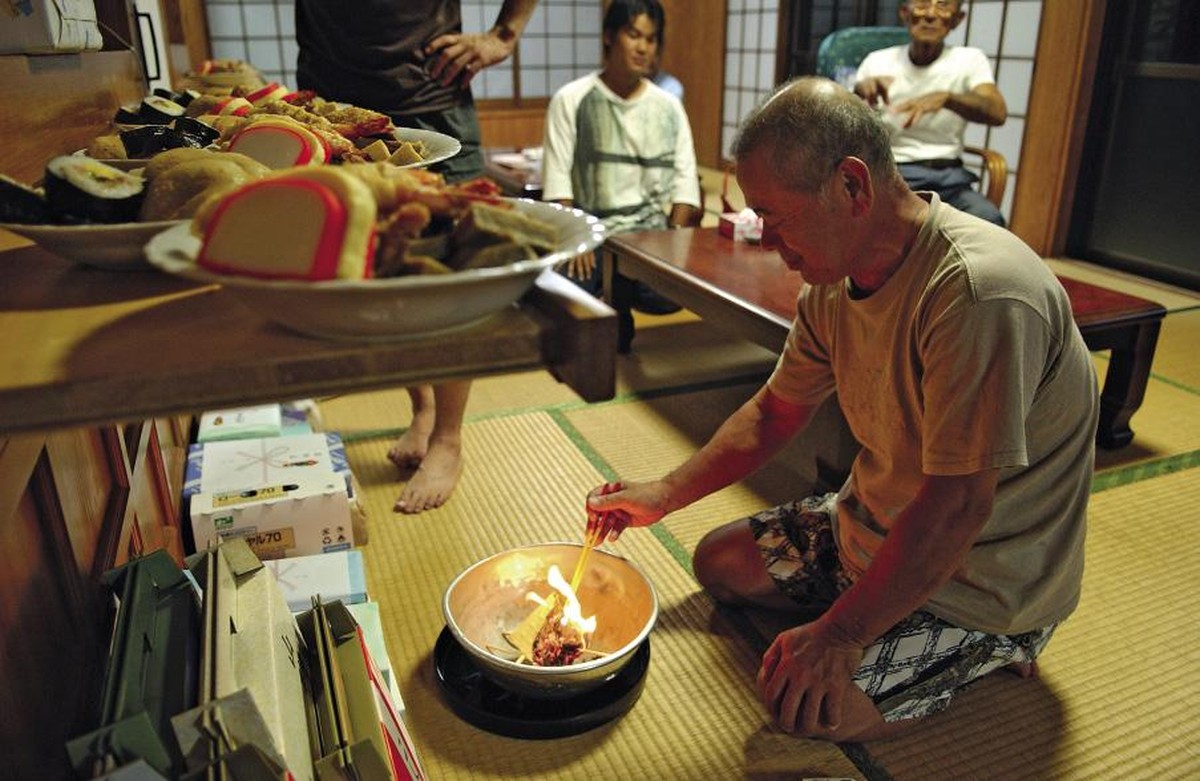 The inhabitants of Okinawa have the greatest life expectancy in the world and take for themselves fewer calories than elsewhere. ED. : USA.

The addition of resveratrol in the diet to calorie reduction rats has also been proven. “Our hypothesis was that the effect of calorie reduction would increase, which would be very interesting to apply in slimming guidelines, since it is much easier to make a diet with a 15% reduction for a long time than a 25% reduction. But the result was not good: there were no differences between those who took and those who did not.”

Three years ago they did a similar experiment but with a 25% reduction. Then they thought that the effect of the reduction was so great that resveratrol was not noticed. “But, apparently, it’s not that, but the influence of resveratrol is in nothing when there is a calorie reduction,” Portillo concludes.

Therefore, low calorie reduction seems to be a good way to extend life. But he warns that other agents must be taken into account: “It is common to cite, for example, the inhabitants of Okinawa (Japan). They enjoy the world's greatest life expectancy and take fewer calories for themselves than elsewhere. But the number of calories is just one factor.”

Compared to the Japanese population: “We also have a very high life expectancy; if I’m not mistaken, the second in the world, behind Japan. And we don’t eat as in Japan, but we have similarities: we don’t eat as much saturated fat as elsewhere; we eat monounsaturated, and they’re polyunsaturated; we take a lot of polyphenols, a lot of fiber… The consequence cannot be associated with a single agent, it’s a group of agents.”