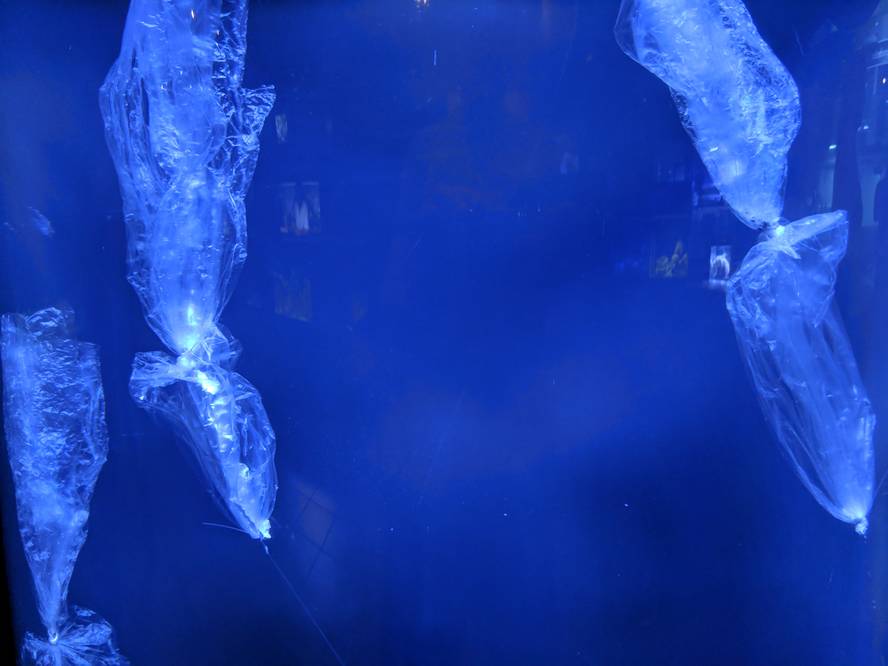 Marine acidification is due to the formation of organic acids and CO2 from the degradation of plastics. Ed. U+1F360/Wikipedia, CC BY-SA 4.0

Research carried out in the laboratories of the Institute of Marine Sciences in Barcelona has shown that the degradation of plastics can lead to significant acidification of marine water. As a reference, since the Industrial Revolution, the pH of the oceans has been acidified by 0.1 units, due to the CO2 generated by human activities (reduction of approximately 0.02 units per decade). Well, in heavily contaminated coastal areas, 0.5 units of acidification can occur in the degradation of obsolete aquatic plastic from solar radiation. In fact, at the most pessimistic CO2 emission rates, the same level of acidification as at the end of this century and in the open ocean is foreseen.

Scientists knew that leaching plastics altered the biogeochemical characteristics of seawater, but they didn't know if it also caused acidification. Research in the laboratory has shown that organic acids are released into water in the degradation of plastics, as they are part of plastic polymers and additives added. These organic acids have been shown to acidify marine water. Moreover, photooxidised solar radiation from obsolete plastics and the resulting CO2 also directly influences the reduction of water pH.

The researchers clarify that the concentration of plastic used in the experiments coincides with that found in medium grade bays. So they think it will be even bigger in areas of high pollution. They also recall that the contamination of plastics, in addition to the negative effects on marine ecosystems, will have direct effects on human health, as microplastics have already reached human food and drinking water.