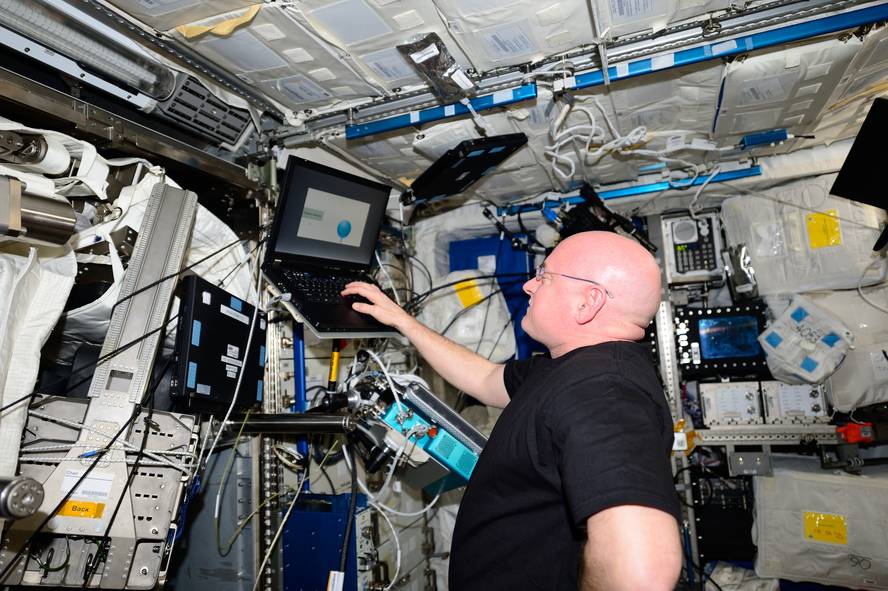 Astronaut Scott Kelly has spent a year on the ISS. Meanwhile, his brother Mark is kept on the ground as control. Ed. ANDÉN

A research conducted by NASA reveals the problems that can cause human beings prolonged stay in space. For this they have used astronauts Biki, who have sent a twin to space and left the other on Earth to compare their health status. It is the largest research that has been carried out to date, since numerous psychological, physiological, genetic, epigenetic and microbiological factors have been analyzed. They have observed significant changes, especially in cell aging and DNA expression.

Until now they knew that the arteries hardened, bone mass and corporate mass were reduced, etc. But this time they have shown that permanence in space for a long time causes an accelerated aging of the organism, seeing that telomeres of chromosomes shorten. Not only that: they have seen that there is loss of cognitive ability, that permanence in space produces immune stress, that epigenetic changes occur, dysfunctions in the mitochondria, that changes the microbiota and also affects the structure of the eyes. Although most Earth laps have recovered, some recognize that six months remain: the expression of certain genes has not recovered and the number of short telomeres has not receded.

The research has been led by the NASA administration in Houston and published in the journal Science. Being only two astronauts, they recognize that it is not enough for the results to be final and that it is difficult to demonstrate the causality of the observed changes. However, the tool to create hypotheses has been very good.

Eneko Axpe Iza is a barakaldo physicist working at NASA. She has not devoted herself directly to research, but had direct knowledge of it for a long time, as she studies the influence of her presence in space on the bones. Underlining the importance of research, he recognized that spatial conditions are very harsh for humans, beyond the isolation, darkness and lack of space they endure: “Spatial radiation has a great influence on us. In space there is a strong ionizing irradiation: on the one hand, protons from the sun and on the other, galactic cosmic rays, which are rays of very high energy and are very difficult to avoid. These ionizing radiation can break DNA chains and prevent gene expression, such as in Fukushima or Chernobyl.”

“Zero gravity also causes changes. When you are exposed to gravity, fluids have a direction, but when there is zero gravity there are big changes. Our cells are mechanosensitive, sensitive to fluid pressure changes, so lack of gravity causes gene changes,” explains Axpe. “This NASA study has sent the astronaut to the ISS International Space Station, where the lack of gravity and influence of space radiation is relative. But as we move away from Earth, the influence is much greater, as we run out of the magnetic field of our planet. It is clear that our organism is not designed to live in space.”

In 2018, the 14 most important space agencies in the world signed the Global Exploration Roadmap, where it was determined that the main objective will be to travel to Mars in the 1940s. A great challenge certainly. “By then many things will have to be clarified because going to the ISS is a day and a half trip, but to go and come to Mars it takes 3 years with the current technology. So far only four people have remained in space for a year or more uninterrupted, but it is already necessary to determine the effect that permanence in space has had on human health. For this he has given great clues," says Axpe. But it remains to be seen if from a year the probability of cancer increases.”