The marginal use of physical money (coins, banknotes...) is in recent times, if we compare it to the total of money or existing transactions. Most of the money and most of the payments have been digital, virtual in recent years: numbers stored in bank databases, payments with credit cards, Internet transfers... And now, with new digital devices and our new online lives, new forms of payment like mobile phone payment or Bitcoin are also appearing. 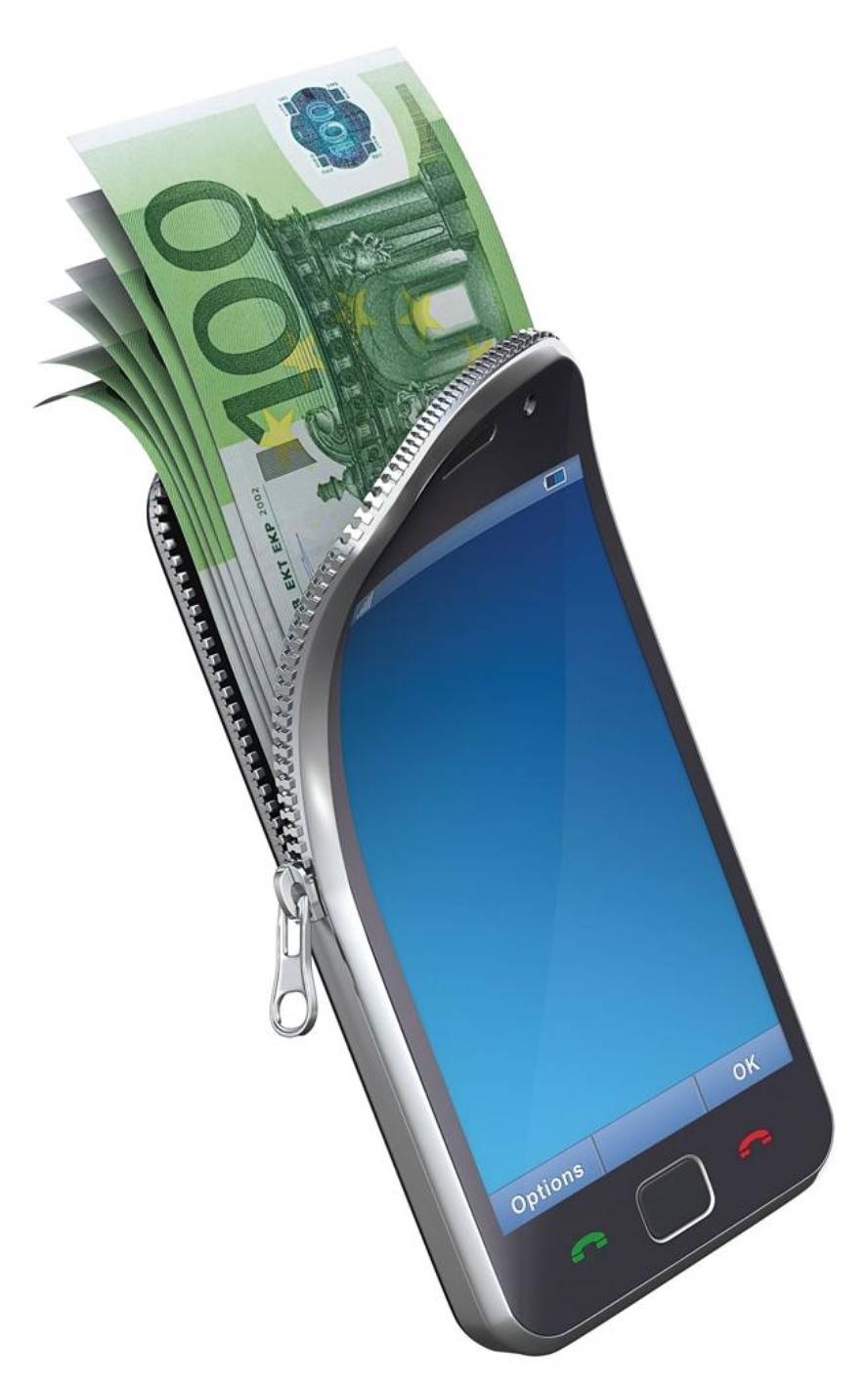 Smartphones have been replacing more and more things of our usual use (agenda, notebook, books...) and many more specialized use devices (GPS, photo cameras, laptops...). For the moment, one of the few things we need is the portfolio, but not for a long time, since the payments start to spread through the mobile phone. Well, surely we will always need coins and banknotes; if during all these years that we carry with credit cards have not completely disappeared, there is no reason to think that mobile payments are going to end. But credit cards have days counted.

In Japan, mobile payment has been widespread for a long time, using Sony's FeliCa technology, but this technology is somewhat obsolete and has not managed to expand above Japan or other countries in Southeast Asia. The most advanced mobile payment systems use NFC technology (Near Field Communication or Near Area Communication). Thanks to this technology, an encrypted wireless communication is achieved between two devices in an area of few centimeters. The devices equipped with NFC technology can have different applications if they are supplied with the right software: business card exchange, hotel door opening... and what we are here is making payments. At the moment there are not many smartphone models with this technology, but more and more.

In order to make payments, in addition to a mobile phone with NFC technology, a terminal in store with this technology is necessary. In our mobile phone we will have stored the data of our bank, credit card or telephone company in an application and, once opened and authenticated or authorized this application, we will approach it to the terminal of the store. The mobile will pass our data to the terminal, which will verify and terminate the transaction. Therefore, we will not need physical credit cards, but not just that: discounts, coupons, loyalty programs, etc that are obtained once you have made a purchase, will be saved in the application and we will not have to take them up (we will not have to remember that we have them! ).

Google launched in September the first payment system with NFC mobile technology: Google Wallet. This is an application for mobile with Android operating system that for the moment has only spread in the US and Sprint in the Nexus S mobile, but over time it will expand to more terminals and companies with NFC, more countries and more operating systems. For the moment, it only works with Google's own MasterCard Citi cards and prepaid virtual cards, but will also soon circulate with Visa and expect to be charged to the telephone bill. And although it only works in the U.S. for the moment, in its 300,000 stores there is the possibility to pay for it, also in most taxis in New York, and they want it to open quickly.

How long will it take to make regular payment by mobile? It can not be known, but taking into account the agents involved does not seem to be late.

Credit cards and payment by mobile, even if they are digital, are based on money and coins of the physical world, that is, the payments are made in dollars, euros or in the coins in question. But there is a coin with the digital world in its territory: Bitcoin.

Behind the electronic coin Bitcoin is the project of the same name based on a decentralized open source network P2P encrypted. Instead of a central bank that emits and controls the currency, there are many nodes that control production (to avoid inflations and fraud) and keep a record of each and every transaction that is made (to ensure the reliability of the currency). Users install a program to manage their money and their transactions, which makes the transactions known to the nodes of the network to verify that all the money that enters one has come out of another and there have been no traps, but guaranteeing privacy. In the nodes of the network we can buy bitcoin for real coins. Bitcoin can be used later in various web services and there are many open source projects or collaboration projects that accept contributions in bitcoin.

The Bitcoin project was born in 2009 and has since grown both in number of users and in services that support it. However, it has not had a spectacular growth and is still limited to the world of geeks. In addition, for the moment, only the services and entities of the web accept to pay in this currency.

In addition, the project has recently failed in two of its main demands. It is said that the decentralized network offered protection against the different speculation of traditional economic systems, which made the currency stabilize, so that this decentralization and cryptography made a safe system. Well, during the month of June, some exchange nodes suffered attacks and a malware intended for the vitcoin cases of users was dedicated to steal the data of users. And the distrust generated by all this caused the value of vitcoina to decrease dramatically.

We must see the evolution of the project. It doesn't seem easy that a totally virtual currency has a massive diffusion, but considering that an increasing part of our life is online and virtual, anyone knows...