In the Arctic, in the current of evolution

To understand the climate change that is taking place today, it is necessary to have data on the climate of the past. The researcher Naima El Bani Altuna has remembered, however, that the instrumental measurements go back to the last hundred years, which on a geological scale is nothing more than a moment. Therefore, researchers use the tools and methods of paleoceanography to obtain long-term information. In this it has been El Bani, in the Arctic. 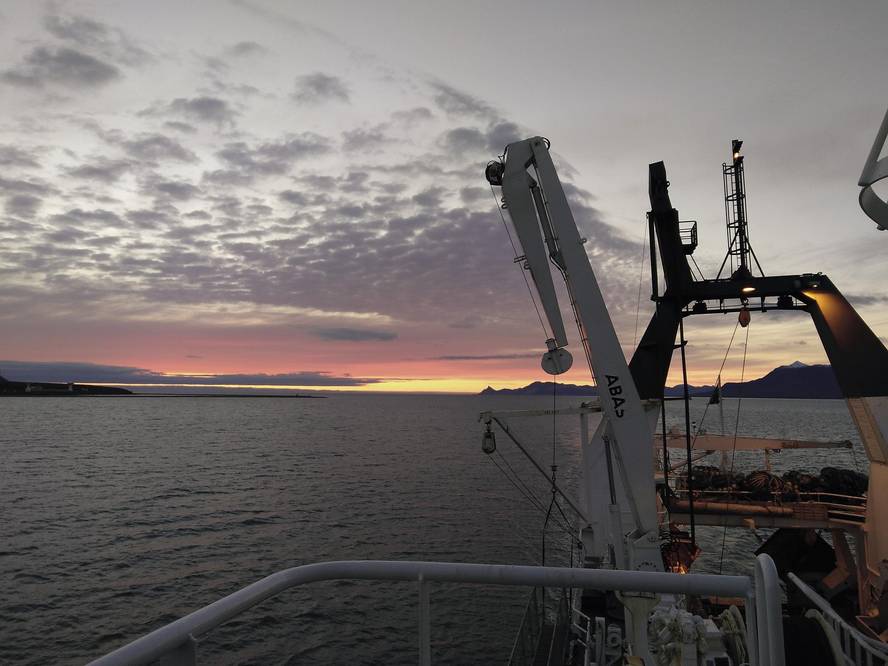 In the previous months, El Bani has had as a laboratory and residence the icy white seas of the North. Its main function has been the collection of samples for the study of the climate of the past, to then proceed to the analysis and conclusions of them. It hopes to obtain valuable information, since one of the sediment columns taken during the expedition can contain samples from 80,000 to 100,000 years ago. The Bani says clearly: “That’s a gift. In many cases, the Barents Sea deposits are 20,000 years old. When I learned that ours were so old, I was hallucinated.”

Despite the difficulty of working in the Arctic, this is the ideal place for this type of research. The Bani explains why: “On the one hand, in the Arctic there are many feedback mechanisms that directly affect climate change. For example, marine ice prevents ocean warming because it reflects the rays of the sun. Then, if the ice melts, the sun's rays reach the water and heat up. That is one, and on that scale only happens in the Arctic and Antarctica. In addition, the effects of some and other mechanisms are associated, so the consequences are aggravated. Thus, if the planet is heated at an average temperature of 1 °C, the warming in the Arctic could reach 2 °C. These amplification processes make the Arctic a very sensitive place.”

On the other hand, El Bani has emphasized that marine currents also have a lot to say. He has researched in the area of Svalvard (Norway), where the exchange between the hot and brackish waters of the Atlantic and the cold waters and bulls of the Arctic takes place. “We know how these marine currents are today, but they have not always been so. In the past, when there was another climate, the currents were different. They are now very important because they sustain the ocean’s thermohaline circulation.” 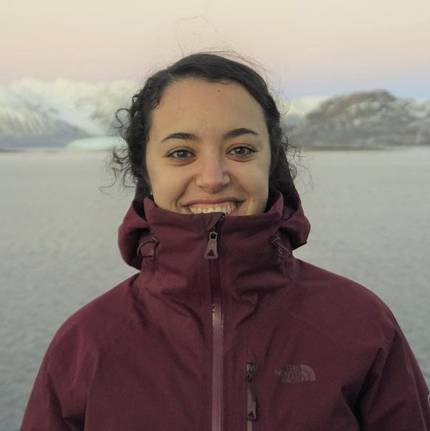 Precisely when the warm, brackish waters of the Atlantic mingle with the cold, sweet waters of the Arctic, very high density waters are formed, which sink. Bani represents as a sokatira the interaction between surface and bottom waters: “You have current on the surface and another mass of water in the background. The more water has down, the more force pulls down the upper current and the more heat is transported to the Arctic.” The Bani warns that if the heat transport remained, the climate would change radically.

Foraminifera as a source of information

Thus, they investigate the relationships between marine currents and climate, which is the key to understanding climate change. For this purpose, sediments are collected through surveys. Bani investigates the foraminifers present in these sediments: “Foraminifers are protistos who live in the sea and some have shells. These capers appear in the sediments and allow us to identify the species. The current presence of these species allows to know what the conditions of the past are, since each species is adapted to certain conditions”.

He also studies the chemical composition of shells. In fact, foraminifers, when forming the shell, acquire elements typical of the medium. Hence they extract valuable information: “According to the medium, foraminifers receive more heavy or light isotopes. And the proportion between heavy and light is related to the physical parameters of water: salinity, temperature…” 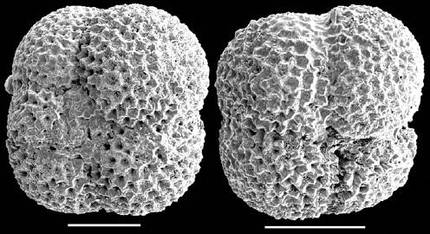 Neogloboquadrina pachyderma. Planktonic foraminiferous. He currently lives only in the polar seas, but in cold times he migrated to the Gulf of Bizkaia. ED. : Bruce Hayward/CC BY-NC-SA.

In addition to isotopes, they analyze specific elements. It is observed, for example, that magnesium has an almost linear relationship with temperature: as the temperature increases, the shell has more magnesium. Therefore, at a higher magnesium/calcium ratio, higher temperature.

However, when it comes to drawing conclusions, the researchers play cautiously, since they know that errors in geology are usually large. In fact, El Bani has warned that all methods are based on actualism, that is, it is accepted that the mechanisms that explain the current phenomena would pass the same in the past, but they know that it has error. Therefore, part of El Bani's research will consist of comparing different methods to each other for integration and calibration.

On the other hand, El Bani has remembered that in the past in the Arctic there have been long-term climatic changes, glaciations and interglaciations that have lasted thousands and thousands of years, but also there have been other very fast and little understood. Heinrich events and Dansgaard-Oeschger events are called. 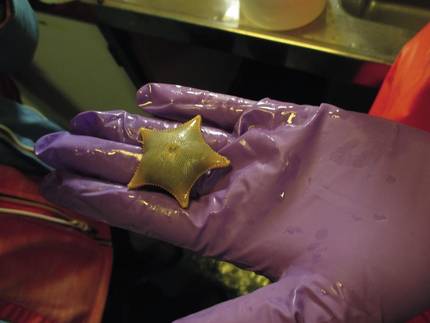 The sediments of the seabed are home to macroscopic and microscopic living beings. In the image, a star of sea. ED. : Naima El Bani Altuna

“Heinrich events are sudden cooling. We do not know why they occur, but the thermohaline circulation may stop. They last a few years and the cooling is generalized. Dansgaard-Oeschger events are sudden heat. It seems that they happen with a certain frequency, but it is not clear, neither do we understand them well,” says El Ban.

Precisely, El Bani will try to find and analyze the evidence of these events in the coming months. They seem very interesting because they think they can be related to current climate change: “Especially because of its speed, that is, for thousands of years of textiles. And they were very remarkable. For example, some articles indicate that in these Dansgaard-Oeschger the temperature on the surface of the water increased between 4 and 8 °C”.

The Bani has stated that foraminifers are the best testimony of these sudden temperature changes: “They are not very cosmopolitan, they live in very concrete conditions. Therefore, through the identification of the species we can know at what temperature the sea was at the time when that foraminifer lived.” For example, the species Neogloboquadrina pachyderma is used as an indicator in the central Atlantic because it marks the events Heinrich”.

It says that in these chills, the Arctic was submerged more water than normal by the Atlantic, and that in the Arctic species of medium latitudes and some Mediterranean have been found. “There are researchers who do not believe this, it seems impossible to them, but they have appeared there.” Despite the fact that the research that shows it was published in the 1990s, El Ban claims that some find it hard to accept. He has no doubt: “They are not the dominant species, they will be around 7% and a little further south they can reach 40%. But they usually live in the Mediterranean and there they are, few, but yes”. 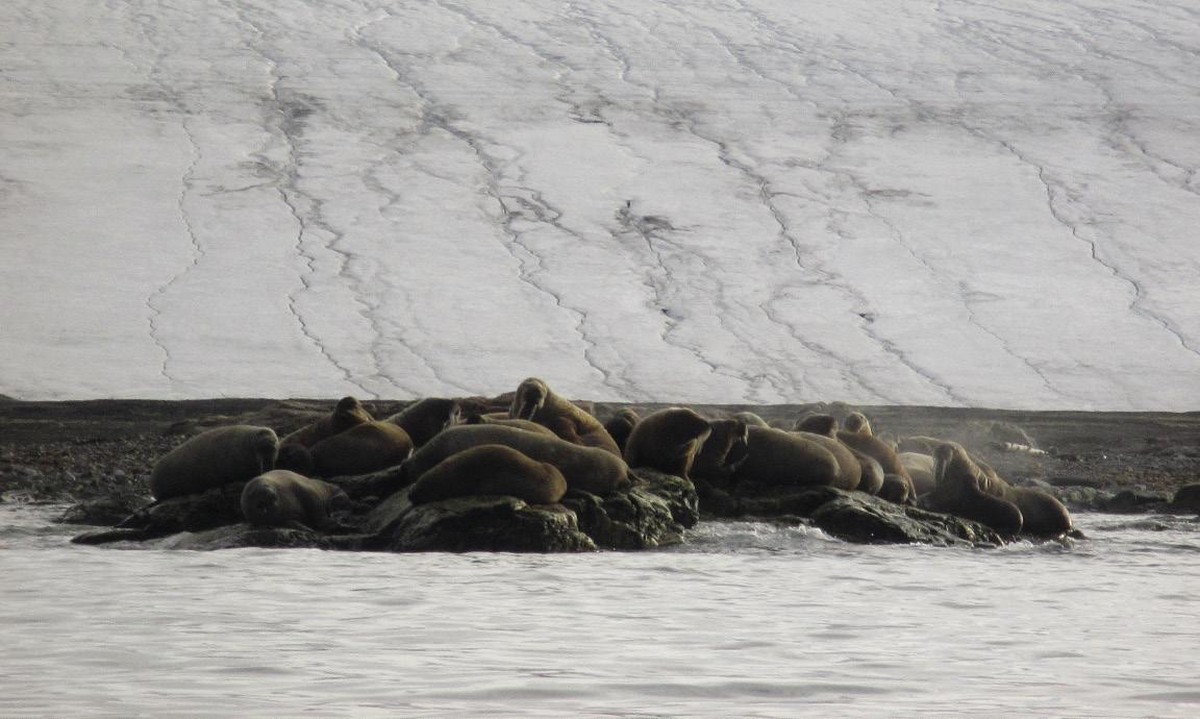 The Kuittoya (White Island) is covered almost exclusively by an ice layer of 705 km2. Although the closest place where humans live is hundreds of kilometers away, it is not uncommon to find garbage. ED. : Naima El Bani Altuna.

By statistical methods, the relative presence of species is related to temperatures. Subsequently, the information is complemented by the results of the chemical analyses, from which conclusions are drawn.

Know the past to explain the present

Tine L. He investigates under the direction of Rasmussen and researchers Mohamed Ezat and follows the hypothesis published by Rasmussen. According to him, in times when these sudden warmups were produced, cold water was produced from the seabed, as it was currently produced, and the seabed was cold. There will be a thermohaline circulation, like the current one. However, when the climate cools down, the icy zone increased considerably. This involved introducing more fresh water into the system. This caused a decrease in the density of water that prevented sinking. Therefore, the cold water of the seabed was not formed. In this way the thermohaline circulation would be weakened.

“It seems like a paradox,” says El Bani. “In those cooling snapshots, the sea would have been colder and icy than in other times, but the bottom waters would be hotter. And in the instant heat, on the contrary: the surface of the sea would be hot, but in the background more cold water would be generated.” 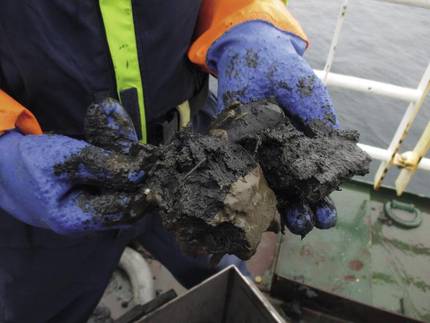 Sediments of the seabed. His study allows to know the oceanographic changes that have occurred in the past. ED. : Naima El Bani Altuna.

Compare what happens today: “The salty waters of the Atlantic mix with the sweet and cold waters of the Arctic, giving rise to the high density waters. These waters sink and feed the thermohaline circulation”.

That is, therefore, the ultimate goal: to know the climate of the past to better understand what is happening now. And that through paleoceanography.