“Most of the research is carried out in attention, think about the emptiness that exists in science” 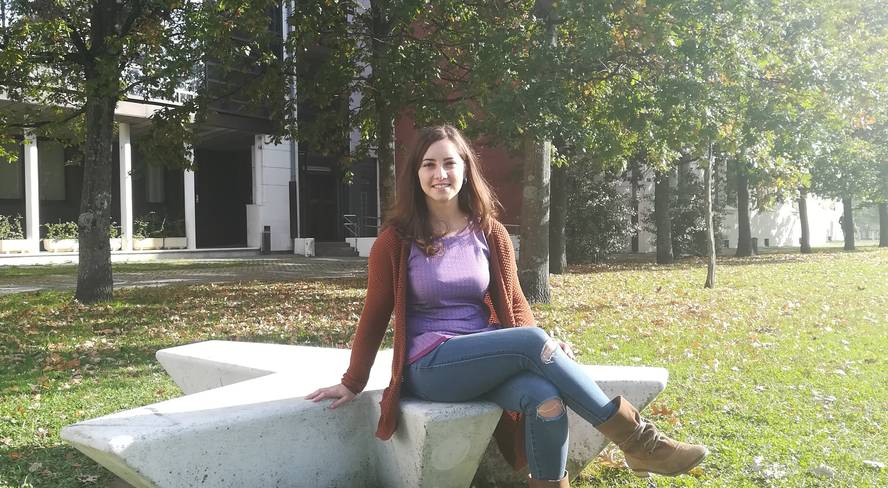 While studying nursing, Ainitze Labaka Etxeberria intended to work with patients. Then, I didn't even imagine that I was going to work in a laboratory, investigating. However, the end of the studies coincided with the time of crisis and had no opportunity to join the nursing. He also acknowledges that he always paid attention to the race when they spoke of the biopsychosocial part of the person, "although he did not understand the concept very well," he acknowledges.

Thus, he began to analyze which master's degree he could perform and found in the UPV/EHU one of the objectives offered by Psychobiology. He was the master of the Faculty of Psychology and decided to do it: "Among the research lines were stress and depression, stress and cancer, which attracted me a lot. And when I deal with the patients I realized that many times they associated the disease to a difficult or bad situation of life. And we all know that stress is bad for health, but we do not know well what it does and how. That seemed very interesting to me."

Therefore, he did the master's degree and, of course, chose this option and did the final master's work with his teachers. This work was the beginning of the thesis. The thesis entitled Stress of chronic social instability in female mice, immune changes, neurochemicals and behavioral changes, highlighted two things: "On the one hand, the aim is to analyze the physiological mechanisms through which stress can produce a depression and, on the other, its presence in females. Why in females? Because most of the preclinical research is done with males".

He explained that "despite having long believed, the cells of the females are equal, except those of the genital apparatus. Then, most or almost all research is done in the care, and then it is generalized, but today we know that this is not so, for example, a neuron, whether male or female, processes neurotransmitters in one way or another. Think what gap there is in science."

Despite having enjoyed during the realization of the thesis, he does not want to hide the cons, especially the bad working conditions: "The competition to obtain a subsidy is enormous and the salary that is received in return is not worthy. In addition, once the thesis is done, it is very difficult to be a researcher at 100%; normally, to have a fixed job, the researchers have to combine the work with the teaching, which slows the investigation". However, he has recognized that he likes to teach and that for teachers it is also a way to innovate knowledge.

Now it is in it: he gives classes and continues to deepen in the line of research of the thesis. Specifically, it has been shown that this stress model is the right one, so now it will be applied in male and female mice to then compare both groups. "We must see, of course, to what extent this is equal or similar in humans. We must be very careful in the interpretation".

Labaka believes that the study's findings can serve to improve cancer treatments and help patients. In the future, I would like to analyze how gender emission affects health professionals. He clearly wants to continue investigating, but close to the patients, although he does not work directly with them.