“I didn’t know where I was in, so I wasn’t afraid of him” 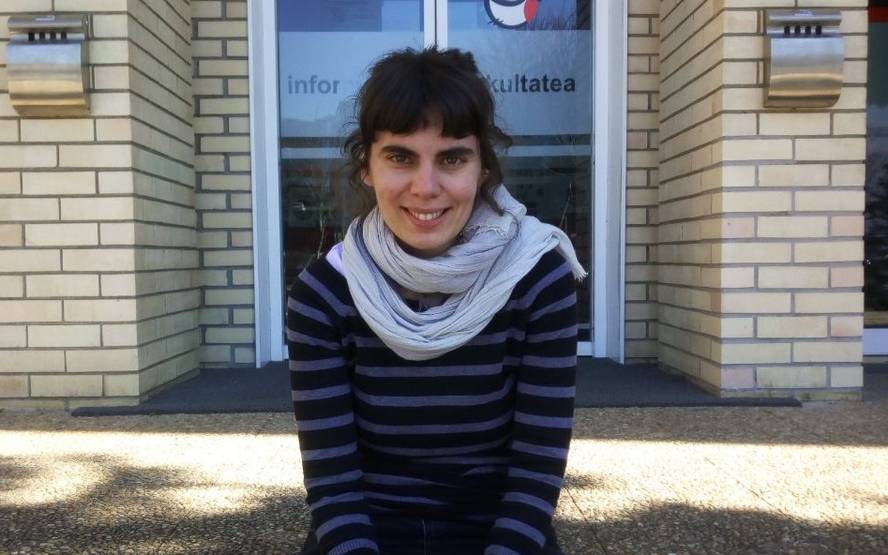 Itziar Gonzalez-Dios is a researcher at the Ixa group and professor at the Department of Basque Language and Communication at the UPV/EHU, which brings together in its activity two opposite worlds: linguistics (Letters) and informatics (Sciences).

He left the first: “I’ve always played lyrics, not because I didn’t manage well in science, but because I liked them.” He graduated in German Philology from the UPV. Then the opportunity arises to join the other area: “In Donostia I saw that they offered a master’s degree in Language Analysis and Processing and attracted me. I found it very new, different from what I did until then, and I was also close to home. So I decided to try it, because I didn’t like it, I would lose a year at most,” says Gonzalez-Dios.

But he liked it very much. “For me everything was totally unknown. I didn't know where I was coming in, so I wasn't afraid. In high school I did not give Mathematics, and perhaps it was more difficult to understand than someone who came from another field. But, after all, in the master's degree we were all linguists or computer scientists, we helped each other. That collaboration was very nice.”

He says that from a young age they teach us that there are two worlds, Letters and Mathematics, as if they were completely apart, but in reality they are complementary. In his thesis, for example, he used resources such as computing, statistics and were fundamental to advancing linguistics: “For example, to measure the frequency of a word. Imagine if I had to count on hand how many times a word appears in a corpus… That’s what machines are for.”

But not only from the point of view of power or efficiency, but also how to do things. In fact. To order what to do to the machine, give detailed instructions. So, he had to learn to program. “And I keep learning constantly,” says Gonzalez-God.

Recognize that it is hybrid, humorous: “We call ourselves the members of the Ixa team.” He currently works in the Basque Language and Communication department of the Bilbao School of Engineering. In fact, he presented his thesis three years ago. As a postdoctoral researcher he was offered the replacement and after making some substitutions, he took out last year the position of assistant professor. Since then he has been engaged in teaching and research.

It is not easy to reconcile them, especially for lack of time. It seems to him that the teaching takes time to investigate, but he recognizes that he learns a lot: “For example, after any explanation, one pulls you: And why is it so and not so? That makes you think and forces you to consider other options. And that’s good for me to be open to research.”

Now, teaching machines to have “common sense” through language. It is an issue in the field of artificial intelligence and recognizes that they are still in their beginnings. In the future, progress is being made. But he has no doubt that if he were left out he would find something: “I don’t know how to be doing anything.”

He was born in Pasai San Pedro in 1988. Bachelor of German Philology, he studied the Master in Language Analysis and Processing. He then made the thesis (Proposal for the analysis of complex syntactic structures in Basque and the automatic simplification of texts), under the direction of María Jesús Aranzabe and Arantza Díaz de Ilarraza. Researcher in the Ixa group since 2010 and currently assistant professor at the School of Engineering of Bilbao, in the department of Basque Language and Communication.