The Coscodrilo fossils have shown that rhinos, four species of bears and macaques lived in Navarre.

The researchers have reviewed with current techniques the fossils found in the Koskobilo site (Olazagutia) 80 years ago and have found evidence of fauna of 220 thousand years ago: rhinos, four species of bears, giant deer and macaques in the western Pyrenees. The Koskobilo have become the oldest remains of the Quaternary of Navarre. 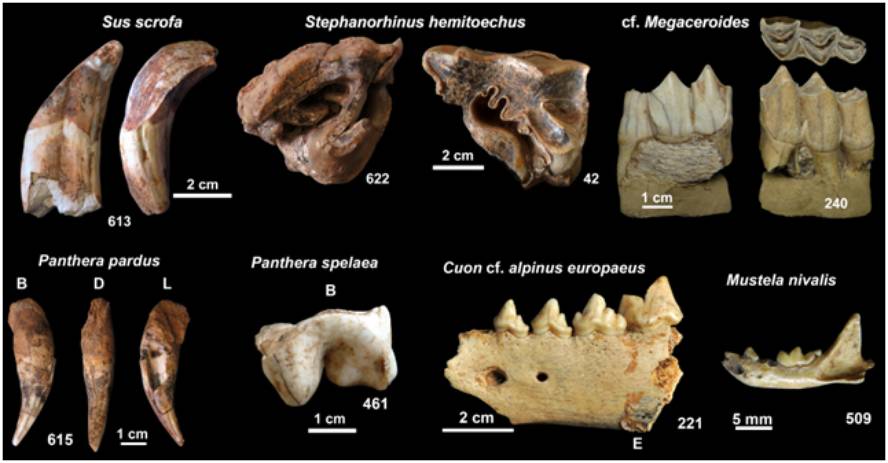 Significant results can be obtained if the paleontological remains found long ago with current advanced techniques and scientific knowledge are reviewed. This has been demonstrated by research led by UPV researcher Asier Gómez Olivency. They have shown that what in 1940 was considered as the lampstand of a hippopotamus was really a boar and have discovered that in the Western Pyrenees there were dozens of prehistoric animals that have already disappeared. Among them, the rhinos. 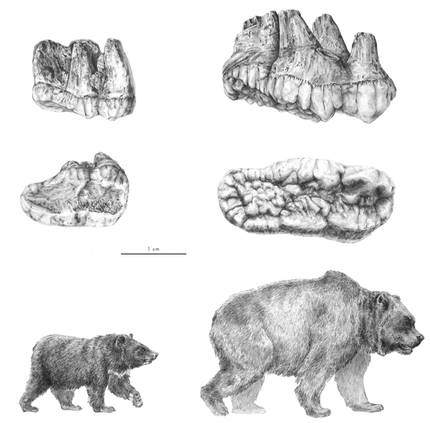 Among the fossils, in addition to rhino, stand out the remains of two species of bears: the ancestor of the bear of caves (Ursus deningeri) and the black Asian bear (Ursus thibetanus). We must also mention the remains of the macaque of Berberia (Macaca sylvanus) and the giant deer of the genus Megaceroids. All these species would coexist with rhino in Navarre, in the middle Pleistocene (Quaternary).

Probably, these animals lived in Navarre in an interglacial era similar to the current one. The researchers imagine a rich fauna: predators (lions, leopards, wolves and hyenas) could opt for hunting horses, deer, bison, rhinos or giant deer. The macaques also toured the slopes of the surroundings of Koskobilo. At the same time, on the banks of the Arakil River, the beavers represent a large number of dams that often used the water to drink.

The site of Koskobilo is located in the corridor of the Sakana, a natural step formed by the relief. To the north, Aizkorri and Aralar, and to the south, Urbasa-Andia. During the last century, working in a quarry, the workers found a sima in 1940, where a large candlestick of 9.5 cm. The head of the quarry took her to the micropaleontologist Máximo Ruiz de Gaona, who, with the interest aroused, dedicated himself to the recovery of abundant animal fossils. Ten years later, in 1950, he returned and found among the residues out of the symata about 5,000 pieces of a lithic industry of sylex. They belonged to the Palaeolithic era and it seemed that the sylex had been obtained in Urbasa. All of them J. M. M. Aroused the interest of Barandiaran. In 1955 he approached the remains of the quarry and discovered 1,146 more remains of that lithic industry. 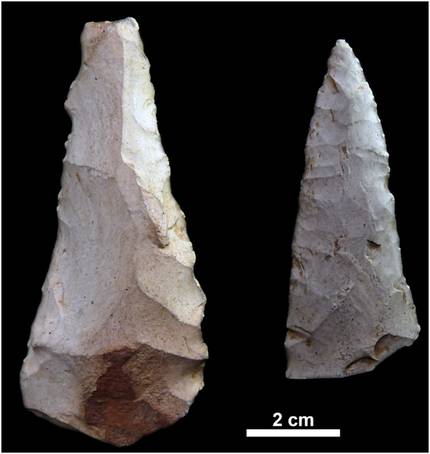 The site was totally destroyed by the works of the quarry, but it seems that near the sima there was a horizontal cave of about 40 m of length. In view of the remains of animals and the lithic industry found by Ruiz de Gaona and Barandiaran, the researchers believe that the humans of that time (Neanderthal first and sapiens later) used the cave. Human beings would have broken there the bones of the hunted animals to remove and eat the inner medulla, and their remains would lie below the simata that was near the entrance of the cave.

“It seems that there were two sites that have provided us with archaeological and paleontological information,” says Gómez Oliexperiencia. As for archaeology, the most significant thing is that there was a workshop of the Solutre period, used for the manufacture of sylex tips. And, from the paleontological point of view, it would highlight the accumulation of fossils of the Middle Pleistocene in Koskobilo (the oldest in Navarre): on the tooth of a rhino we dated a speleotopic that gave a minimum age of 220 thousand years, and to Cuon priscus, Megaceroids and Ursus deningeri are species of the medium Pleistocene”. 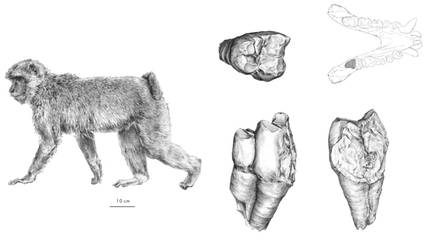 Drawing of the macaque of Berber (Macaca sylvanus) and of the muela found in Koskobilo. Ed. Amaia Torres Piñeiro.

“The most exciting discovery was the identification of macaque and black Asian bear fossils, very rare in the Iberian Peninsula,” recalls Gómez Olivency. By the way, it has highlighted the great potential that has the review of traces discovered long ago. "Not only because today we have more advanced techniques, but because in recent years we have accumulated a lot of scientific knowledge. We have more data to identify new deposits or new animal species. When we checked the animal fossils found by Barandiaran in the cave of Axlor de Dima, for example, we found a human fossil, and for the first time we demonstrated that the Neanderthals ate wolves and Cathar trees in the Cantabrian area. We also saw that the fossils considered Neanderthal were the most modern human beings. Also in the site of Punta Lucero, in Zierbena, we identified the European jaguar (Panthera gombaszoegensis) and the Mosbach wolf (Canis mosbachensis), which was the oldest deposit of the Quaternary of the Basque Country.”

This research, published in the scientific journal Quaternary International, is the result of the work of a large multidisciplinary and international team. Among them are the UPV, CENIEH, Aranzadi, museums of New York, Spain and Portugal, and other research centers. The team has been researching the oldest human occupations of the western Pyrenees and its paleoecological conditions for more than fifteen years.