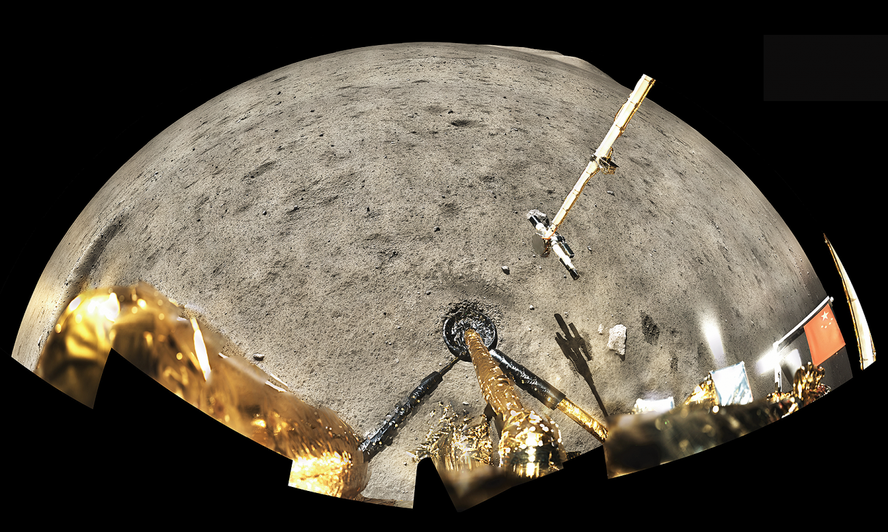 Chinese researchers have studied moon samples coming from the Chang'e-5 mission and calculated that the youngest rock on the Moon is two billion, that is, they have shown that the Moon was geologically active at least until then, and they have shown that Moon volcanism survived what was expected, 800-900 million years longer than before. The research results have been published in three articles in the journal Nature.

Last year, the Chinese mission Chang'e-5 took samples from the Moon, totaling 1,731 grams. It's the first sample collected in the last 40 years. The youngest rock taken at the Apollo missions was between 2.8-2.9 billion years old. However, for more complete information more samples were needed, so one of the tasks of the Chang'e-5 is to analyze the younger magmatic activity of the Moon.

As you've explained, the surface that we see when we look at the moon with a telescope is due to the collision of many asteroids with it for billions of years. Older regions have had more impact craters over time, and younger rock regions have fewer craters. Taking advantage of this fact, the researchers chose the place called Oceanus Procellarum to land the Chang'e-5 missions, as a witness of a recent volcanic eruption of the Moon.

By studying radioisotopes, the group has analyzed 47 fragments of rock, dating the youngest of the moon in 2 billion years. Being younger than they expected, they also investigated why. One hypothesis would be the production of a heat source, but they have found no evidence of it. Another hypothesis is the amount of water in the mantle. The mantle may have a lot of water, which makes vulcanism last so long. But they haven't been able to secure anything. To this end, researchers have stated that it is necessary to continue exploring the Moon and studying samples.