In the LIGO experiment, the gravitational waves emitted by joining two black holes have been detected. Ed. LIGO

Its researchers announce that they have detected gravitational waves at the LIGO observatory. This is the first time that the spatial curvatures of time announced by Einstein 100 years ago are observed live.

“Gentlemen, we have detected gravitational waves. We’ve done it!”, began the press conference of LIGO Executive Director David Reitze. “We needed months to know they were really gravitational waves, but the most exciting thing is right now. We are opening a window to the Universe.” 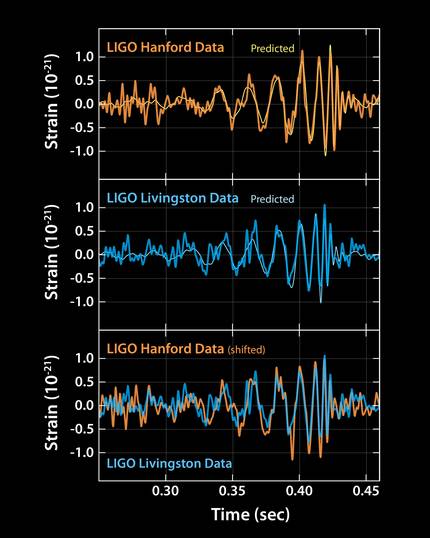 Einstein never believed in black holes. But he announced gravitational waves in 1916. “Einstein said that a body deforms the space time around it,” explains UPV cosmologist Jon Urrestilla. “And a mass that moves, in addition to that deformation, produces gravitational waves.” 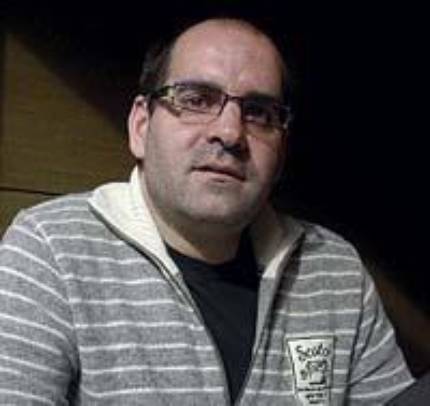 The existence of gravitational waves was demonstrated in the 1970s and 1980s with observations in pulsars. However, “all of them have been indirect measurements,” said Urrestilla. “This is the first time the correct measurement has been performed. A wave has come to us and we have measured it.”

Interferometers have been used to do this. This is the LIGO (Laser Interferometer Gravitational-wave Observatory) experiment. Each detector has two 4-kilometre L arms. A laser is divided into two rays and moved forward and backward by each arm using mirrors. Thus, the distance between the end mirrors is measured with great precision. Gravitational waves modify this distance, even to a very small extent. Einstein himself thought that this change was too small to be measurable, but LIGO is able to measure it, as they have now shown. In fact, LIGO is able to measure a change 10,000 times the diameter of a proton. “100 years ago they haven’t imagined there’s ever been technology to measure it,” says Urrestilla. 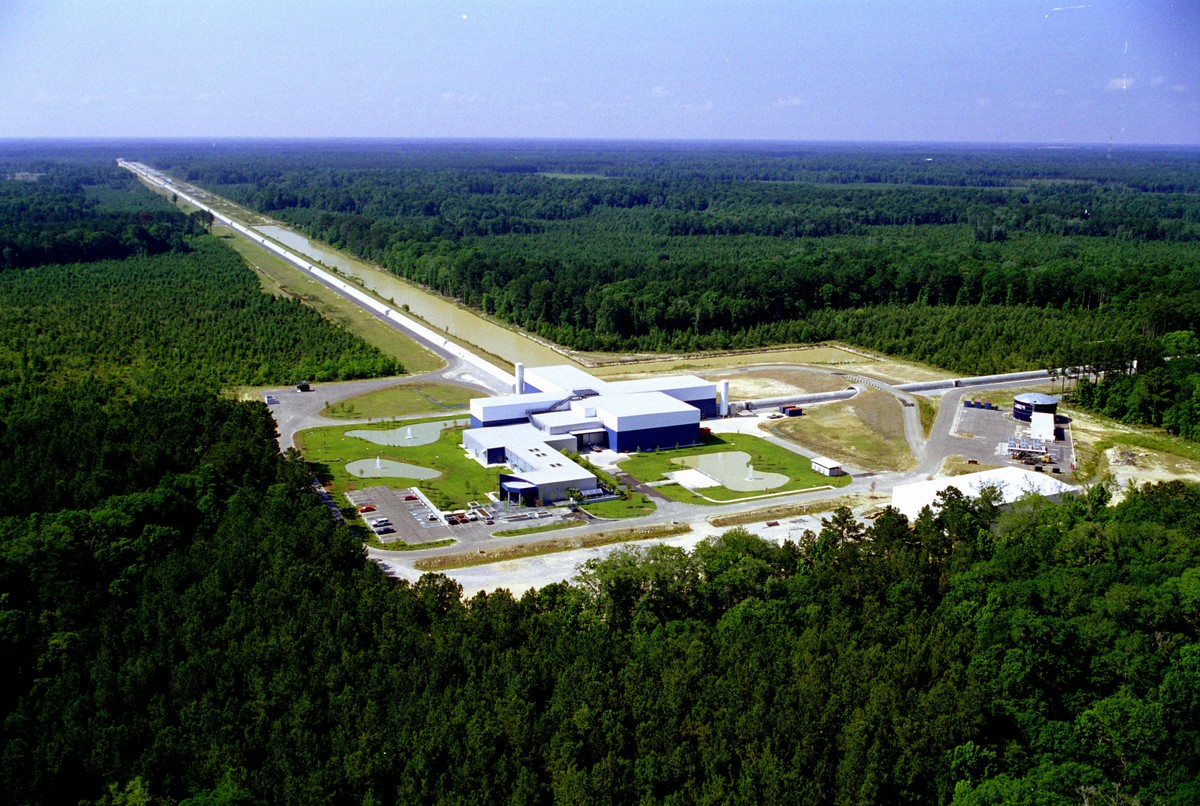 “This discovery is the beginning of a new era,” said González at a press conference, “astronomy of gravitational waves is now a reality.” And Urrestilla agrees: “It’s like having another meaning. The Galileo telescope opened our eyes to see the universe, and this is the ears. So far we were able to see only by electromagnetic waves, now we can also see or hear it by gravitational waves.” Precisely thanks to this new meaning has been observed for the first time the union of two black holes.

And soon more Urrestilla will come: “This detection took place in September and for the first time they have been very slow to verify that what they have done is fine. They have studied it very calmly. But I am sure that since then others have been detected. And that these detections begin to appear little by little.”

Once known, researchers will learn how to listen. And development will come. “The change from Galileo’s initial telescopes to today’s terrible radio telescopes will also occur here,” says Urrestilla. “LIGO has the possibility to further increase sensitivity. And in Italy, India and perhaps Japan there will also be interferometers. So we will have five ears to hear gravitational waves. And so you can better determine where these gravitational waves come from.”

And the next step: “send the interferometers to space, as we have done with the telescopes. To do this, ESA has an experiment called eLISA. If it advances, the eLISA arm will have 1000 km and therefore much more sensitivity.”