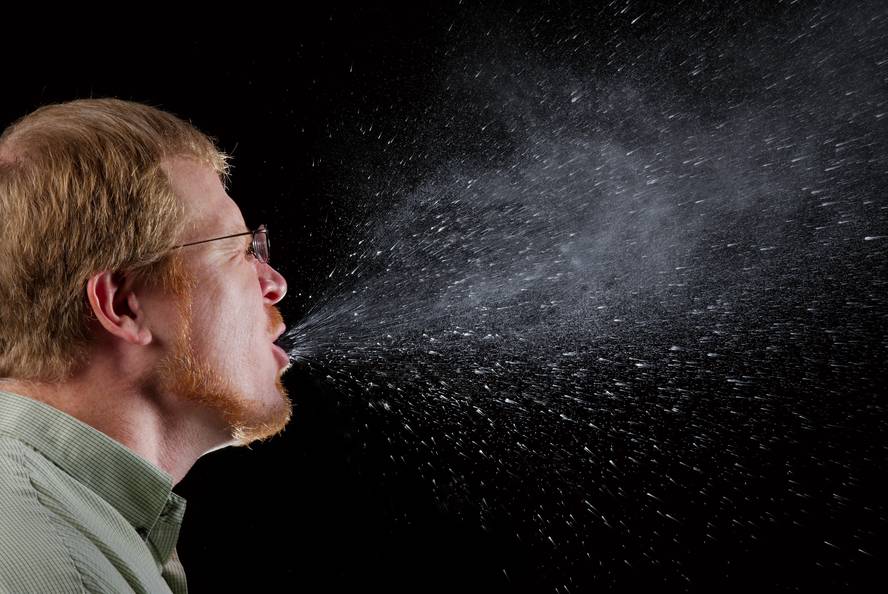 It has been shown that the distance to be cut between people to prevent the transmission of the virus depends on certain variables of the environment. Ed. CDC/James Gathany

To prevent transmission of the SARS-CoV-2 virus, most sites are recommended or ordered to separate people from one or two meters. According to some researchers at the Universities of Oxford and Cambridge, however, the rule of one or two meters is a simplification that does not correspond to scientific evidence. They consider that the margin to be left depends on the situation.

The researchers presented their proposal in the British Medical Journal. It is explained that droplets that are expelled through the airways are of multiple dimensions and go within a humid and hot cloud. This cloud allows virus particles to extend between 7 and 8 meters in a few seconds. Once the velocity of the cloud is slow, there are numerous variables that influence the propagation: ventilation, air currents, type of activity, viral load of the transmitter, affected denote and infection of the own facility.

Therefore, instead of a given distance, they propose to formulate staggered recommendations adapted to the level of risk according to these variables.

To determine the risk of infection, the investigations carried out to date have been reviewed. However, they have recognized that more research is needed to reach stronger conclusions. However, they affirm that environmental impacts are complex and interact. Example of this are the contaminations that have occurred in the meat processing plants, where they have joined little ventilation, poor condition of the workers, noise (we must speak screaming) and lack of mask. Similar risk situations occur in closed, massive and noisy places such as pubs and party halls.

For all this, they have elaborated a qualitative classification that represents the levels of risk. An asymptomatic table indicates the risk of transmission of the SARS-Cov-2 virus in different conditions, regardless of the viral load of the infected or the ease of others. In addition, coughing or sneezing would increase the risk. 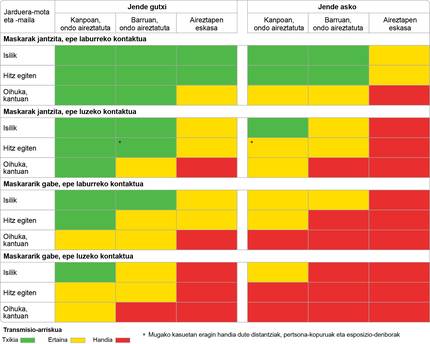 Otherwise, the variables considered are: wearing or not the mask, being on the outside or inside (in a well-ventilated place or not), that there are many or few people, and the type of activity: silencing, doing with words, singing or shouting.

Thus, with mask, silently or in conversation, and in a short time, the risk would be low, if not in a closed and massive place. However, without masks, the risk is only low if there is silence and outdoors with few people. The risk increases by going from wearing no mask, talking to screaming or singing, from open air to closed space and not aerated, prolonging time and surrounding people.

In addition, it is recalled that in the physical distance, we must add other measures such as the cleaning of hands and surfaces, the use of protective equipment and masks when necessary, ventilation and isolation of infected people.