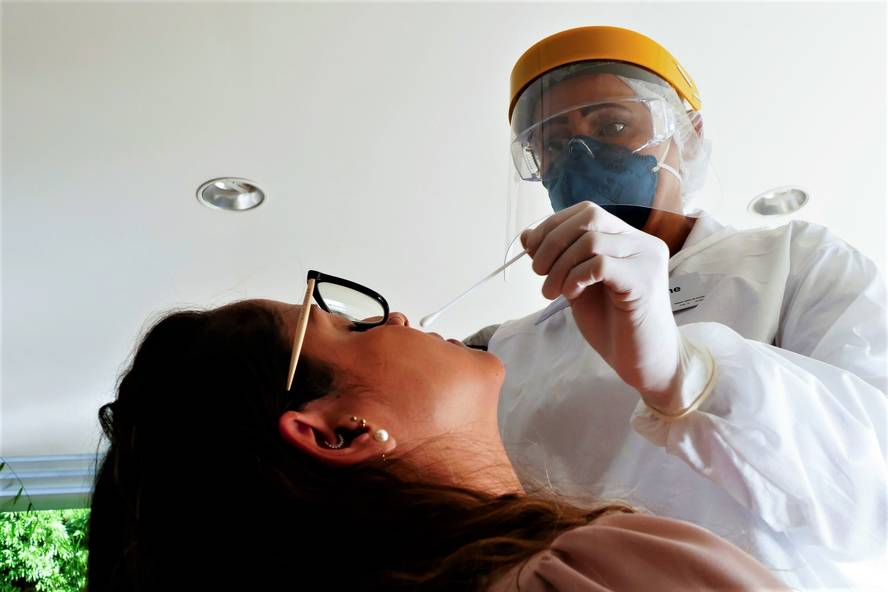 The samples needed to detect covid-19 in humans are obtained by cotton sticks, but this technique presents some drawbacks. Among other things, many times the process can be unpleasant for the patient and the health personnel who are taking samples must act with care not to be infected. Therefore, researchers are beginning to accelerate the development of fast and easy detection techniques of the SARS-CoV-2 virus.

Scientists at the University of Yale (USA) have developed a procedure for the analysis of a patient's saliva sample. In this case, the patient only has to lie in a container, without having to put sticks through the nose. This sample is added an enzyme called proteinase K, which is then heated without having to remove RNA from the virus.

At the beginning of August, a provisional scientific article explaining the technique was made available to the scientific community and, as a matter of urgency, the procedure had been approved by the US Food and Drug Administration (FDA) by day 15. Currently, the journal The New England Journal of Medicine has published the use of the technique called Saliva Direct.

It has been investigated with 70 patients. Following the usual procedure, all of them were taken samples of pharynx with cotton stick when entering the hospital, but later the researchers have taken new samples of saliva. With the new technique, these salivary samples have found more RNA of the SARS-CoV-2 virus than the originals, staying longer available for analysis. Therefore, the researchers affirm that the samples taken by saliva have at least the same value as those taken by faring. The test was also performed with 495 asymptomatic health professionals and in 13 cases the virus was detected in saliva. Subsequent laboratory tests have confirmed these infections.

It should be clarified that the processes that are streamlined are those of sampling and obtaining RNA. In both cases a subsequent processing in the laboratory is necessary, by performing prestigious PCR tests that use the chain reaction of polymerase to determine if there really is RNA of the virus.

Yale University is not, of course, the only development that pursues the rapid detection of the disease. For example, researchers at the Carlos III University of Madrid have developed a rapid, easy-to-use test outside the healthcare system. Also in this case, the test uses saliva, but instead of having the RNA of the virus in the spotlight, it detects two antibodies created by the immune system to fight the disease. The results can be seen in a reactive strip that says it is ready in 12 minutes and according to the antibody detected it can be deducted if a friend has a virus or has overcome the disease and has developed long-term immunity.