CAF-Elhuyar 2019: Looking for the Dyson Spheres

Are we alone in the universe? Probably this is one of humanity's greatest concerns over the centuries. In fact, this question has enormous philosophical and scientific importance, and the technological advances that this question has entailed are also spectacular. Since the 1970s, the American SETI project has unsuccessfully sought intergalactic communications. Then other questions arise: are we looking for good? Do we know what we are looking for? What are we looking for?

It is known that considering the infinity of the universe, at least the probability of life on a planet is very high. Astronomer Frank Drake put this reflection as an equation, in which the probability of extraterrestrial life can be estimated from seven parameters: star generation rate, fraction of stars with planet, probability of generation of life, etc. This equation, known as Drake's equation, has become an influential concept in the field of astrobiology and problematic 1.

However, this probabilistic certainty contrasts with the lack of evidence of alien life. This contradiction is known as Fermi's paradox and has several solutions. Two currents of thought stand out: some say that the estimated probability of intelligent life is exaggerated and others claim that finding that life is a matter of time and technology. Currently, one of the most accepted hypotheses is the one proposed by Haq-Misra and Baume. According to them, the exhaustion of natural resources would mark frontiers in the development of civilization, which would hinder its detection.

However, if we accept the existence of developed civilizations, how can we find them? How to know if we are in the right direction? 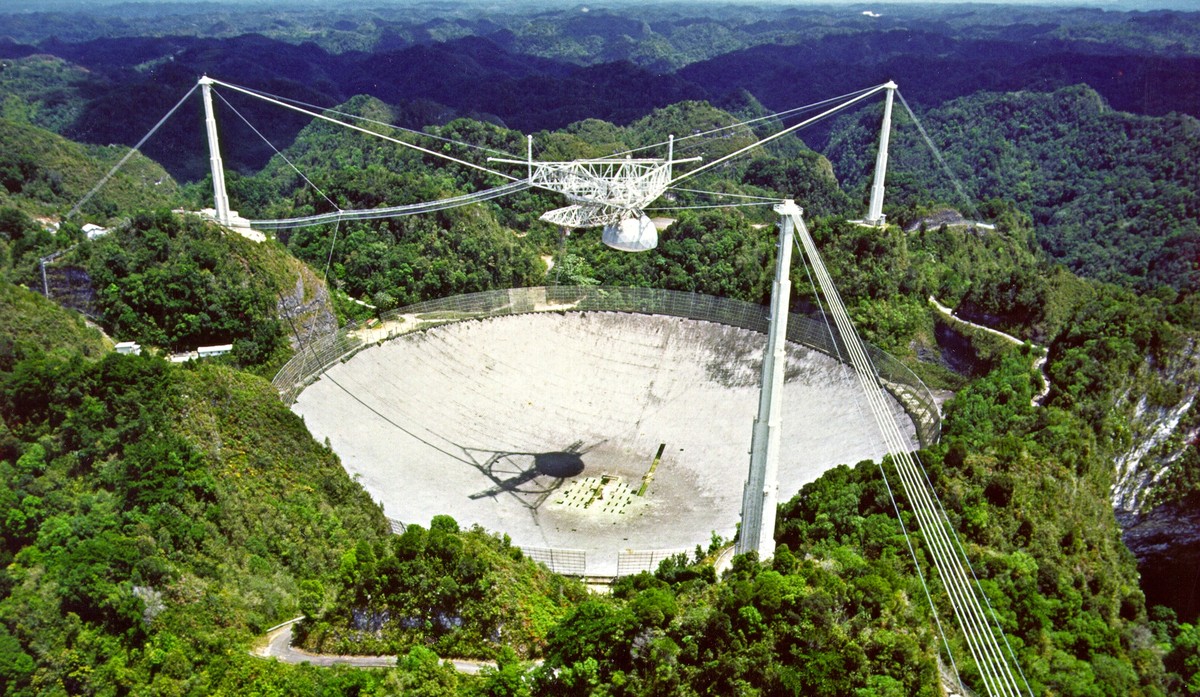 In 1959, Cocconi and Morrison published in the journal Nature an article stating that the most likely intergalactic medium could be around the natural emission frequency of neutral hydrogen 3. This radio frequency, called the 21 centimeter line due to its wavelength, has a great importance in astronomy because of the abundance of hydrogen existing in the universe. The instruments capable of detecting this frequency allow the development of a hydrogen map of the universe (and therefore of masses). According to the authors, if a civilization is able to explore the cosmos, it will have tools to work on that frequency. It is clear, unfortunately, that we have not yet found anything, even though larger radio telescopes have been invented (for example, the Arecibo telescope in Puerto Rico, in Figure 1). Perhaps if there was a fully developed civilization, the most appropriate question would be: What should I look for?

Figure . One of the possible designs of the Dyson sphere, formed by a compact surface. Ed. Lucien leGrey / CC-BY-SA

To answer the question we have just mentioned, first of all, we must establish a criterion on the degree of technological development of a civilization, in which in 1964 the scale of Kardasheven was proposed. On this scale three types of civilizations are distinguished, I, II and III, depending on their energy capacity. The greater its energy capacity the greater the colonization of space. In general, type I civilization has managed to dominate the resources of your planet; class II, of your solar system, and class III, of the entire galaxy. Although Type III civilizations seem scientifically fictional, there is no physical reason to stop mastering the resources of the entire solar system, for example, by taking advantage of interplanetary mining or taking advantage of all solar energy. 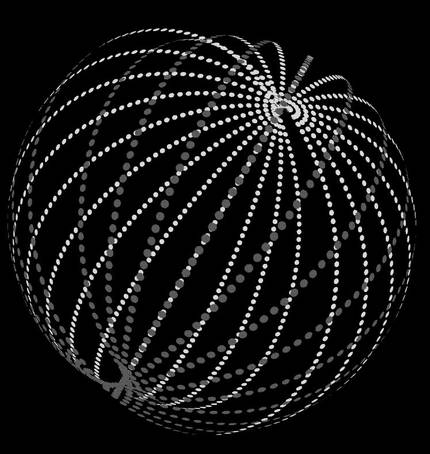 Figure . Another proposal from the Dyson spheres, surrounded by numerous satellites orbiting the star. Ed. Information

One way to harness all the energy of a star is to cover it with solar collecting radiations. This method is known as Dyson's sphere and was proposed by physicist Freeman Dyson. There are several proposals to carry out this type of systems, such as those of figures 2 and 3.

The first design is a compact surface (Figure 2). That was the original design proposed by Dyson: a surface ecosystem, full of life, two or three meters thick. Dyson estimated that the entire mass of Jupiter should be used to realize this type of megastructure, so this proposal is not fully accepted. The most accepted proposals today are the most partial spheres (such as Figure 3): it is a coordinated satellite system in which each radiation collector orbits the star without dependence. These types of spheres do not absorb other compact radiations, but they can be done much more easily and with less resources. The shape of the sphere is important, as each type will look different. But how will these spheres be?

How to find the spheres of Dyson?

Although the theory seems visionary, the Dyson sphere hypothesis is more frequent than it seems among astrophysicists. The main reason is that you can predict well-defined physical parameters and can be searched in a systematic state. In addition, this hypothesis has another advantage over the SETI project: it does not say that aliens intend to communicate.

So what are the features to look for? First, a Dyson sphere would not destroy the gravitational effect of the star it contains, and would continue to exert gravitational influence on the surrounding masses. On the other hand, it would cover the visible radiation of the star, becoming a massive and almost invisible body. Compact or composite spheres would have different covering force of the star, so the type of sphere would be clearly seen. Finally, and perhaps the most important feature, it would resend the energy received from the star in the infrared section. In fact, the temperature of the sphere will be much lower than that of the star (i.e., just like the temperature of the Earth) and cold bodies emit infrared radiation, not visible light.

Figure . (A) A planet covers little of the light of its star. (B) Dyson's sphere covers the visible light of the star but emits infrared light. Ed. Iñigo González de Arrieta and Iker González.

This last property is the easiest way to look for Dyson's spheres, as it is easy to measure and in the universe there are not many massive sources with this temperature (most are warmer and colder). Dyson indicated that the search should be directed towards binary stars, but with invisible twins. The most consistent test to test the hypothesis would be for twins to emit infrared radiation.

Numerous searches of Dyson spheres have been made using data from infrared working telescopes (mainly from the IRAS database)6. Early research found several candidates, but reviews claim that most were false positives and there are only a few real candidates. However, it should be noted that most research has verified only a small part of the sky and that researchers have not yet lost hope.

What if we have already found it?

The international cooperation Planet Hunters, based on the analysis of astronomical data of the population, released in 2015 an unclear star: KIC 8462852 star7. The luminosity data of this star, obtained through the Kepler telescope, showed the existence of a massive object covering the light of the star.

At the moment it is not possible to explain this phenomenon, but the star has acquired immense fame, both in experts and on the Internet (known as Tabby’s star in honor of the person who found it). Some theories have been proposed to explain this phenomenon, but no one has yet fully explained it. Therefore, the hypothesis of Dyson's sphere is emerging. However, the latest infrared observations still do not present any source of radiation near star8.

Regardless of the final outcome of their research on KIC 8462852, Dyson's sphere hypothesis deserves a place in astronomy history, thanks to this mixture of fantasy and empirical data, for its influence on scientists' imagination. Surely society will never cease to seek this alien megastructure.