London is a biological passport for 2012

During these years, a qualitative leap in anti-doping measures is taking place. To combat the fraud of the athletes, not only are prohibited substances sought, but also has begun to follow up on the physiological parameters of the athlete, and unforeseen incidents can be considered as doping, although it is not confirmed that substances or prohibited methods have been used. This is a biological passport that is already being applied in some sports and is spreading rapidly. On this road, syringes and urine collection tubes are ready for the London Olympic Games. 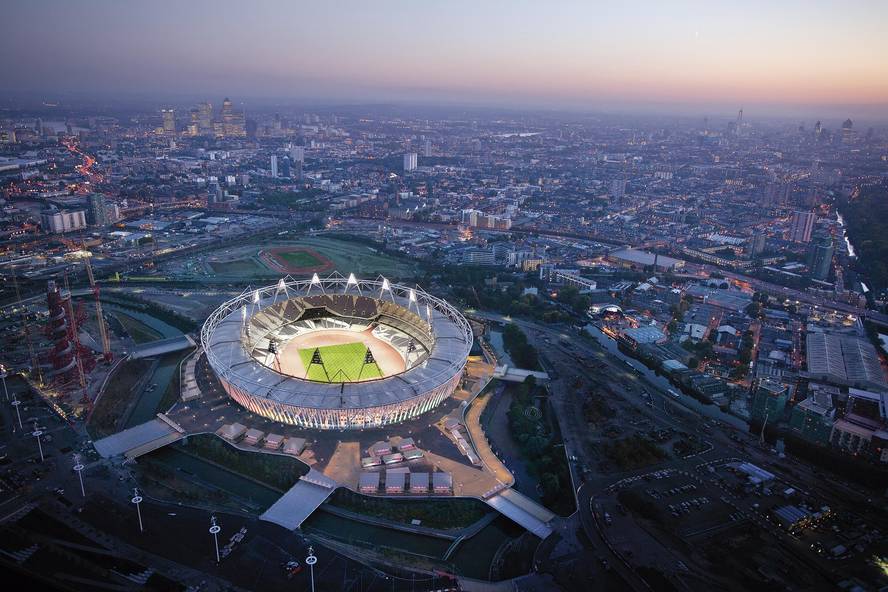 Portuguese athlete Helder Ornelas will not attend the London Olympic Games. In the games of Sydney participated in the race of 5.000 meters and in the games of Beijing in the marathon. But it will not participate in any of the games in London; the Portuguese Federation has left four years without ability to compete because it has given positive in antidoping analyses. In fact, they have not detected prohibited substances in the body and have not shown that they have used another procedure or authorized. But experts believe it has doped in some way.

The complaint comes from the controls of the biological passport. The analyses carried out between December 2009 and November 2010 recorded the usual blood parameters of Orneles. In the blood tests of May 2011 these parameters were modified, irregularities existed and the International Association of Athletics Federations (IAAF) consulted three experts on the case of Ornelas. The three agreed: the most logical explanation for irregularities is doping. The IAAF opened a record to the athlete and recommended the Portuguese Federation to sanction him for four years. And the federation, following the recommendation, punished the athlete.

--> Analysis by sports doctor Iñaki Arratibel on the fight against doping.

It was the first case, but there may be many more cases. For example, an athlete may have lower or higher than usual parameters in games and be sanctioned. This was highlighted by King's College researcher David Cowan, head of the game analysis laboratory.

The London Games will, by far, be the Olympic Games that will have the most demanding controls so far. They will begin on July 27 and last 17 days. During this period, a team of 150 scientists will perform the same number of tests they usually perform in one year: at least 6,250 urine tests and 20% blood of athletes. There, of course, they will look for indications of prohibited substances in the blood and urine of athletes and explore the evolution of the biological passport. 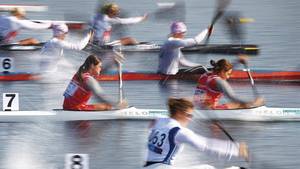 The idea is to explore the evolution of an athlete by analyzing three profiles. On the one hand they include the hematological analysis of the athlete, on the other the steroid and finally the endocrinological. The first will analyze the number and status of red blood cells and the other two will analyze the presence of hormones. In all cases, they are products generated by the body, so it is difficult to discern whether their high levels are a consequence of an external injection. Hence the idea of the biological passport that these substances do not present significant variations in the body if they are not due to an irregularity, so the evolution of these profiles can be revised in time. When this occurs, more studies can be done to determine whether the cause of irregularity is doping.

However, they still cannot control the three profiles, since they have not implemented the methodology for this, nor will the London games analyse the profiles of steroids or other hormones. Therefore, for the moment, they only measure the hematological profile in the biological passport.

Blood tests have been prioritized by the prestigious EPO and blood transfusions. In fact, control of both has been one of the main reasons to invent the biological passport. EPO, erythropoietin, is a molecule that launches the formation of red blood cells, a hormone. EPO injection increases the production of red blood cells. And another way to achieve the same effect is blood transfusion with many red blood cells before the competition. The international antidoping association WADA considers these two activities as doping, but they are difficult to detect. 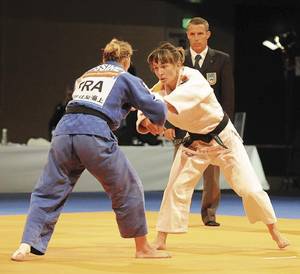 Oiana Blanco. Judoka. Orio, 1983. The first Olympic Games will be from London, where they will not be controlled with biological passport. Ed. © Oiana Blanco

For the blood profile of the biological passport are measured hematocrit, hemoglobin, percentage of reticulocytes and five other indicators, all related to oxygen transport. The controls are numerous. "In addition to the analyses carried out by the Federation, the controls are carried out by WADA and IAAF," says Mikel Odriozola, an athlete who will participate in the 5000 edition of the London games. "Most analyses take place in competitions, but they are often unexpected. Normally in competitions there is usually blood tests. Outside the competition, they are usually of urine and blood; the Spanish Federation only makes of urine and blood normally do those of WADA".

The registration of the odriozola, in addition, is formed by old data. "I'm always going through controls. In 1996 I started at the high-performance centre of San Cugat in Barcelona and since then I have two or three controls a year." However, receiving so many data does not guarantee the perfect control of athletes.

On the one hand, it is not certain that the biological passport system detects microtransfusions. On the other hand, fluctuations in blood parameters, for example, are not necessarily indicators of doping. Travel, medical treatments, accidents, food changes, etc. They can alter the parameters of the athlete, so the control of the biological passport obliges the athletes to reveal their life, whether or not in competition. 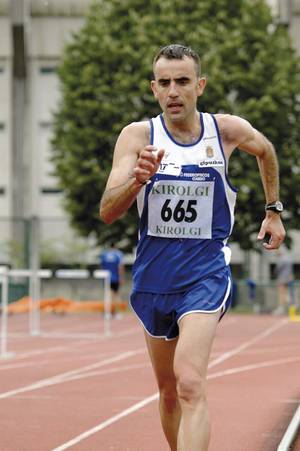 Mikel Odriozola. Athlete. Errenteria, 1973. He was present at the 2008 Beijing Olympic Games and also in London. Control of the biological passport. Ed. © Mikel Odriozola

"You have to say every day where you are 24 hours," explains Odriozola. "We filled out some chips every 3 months. You must write which championships you will perform, where you will train, etc. And if in those three months I change the site suddenly, for example a week, I have to warn that I am there."

However, this strict control of personal life is not exclusive to the biological passport. In the London games the passport will only apply in some sports - athletics, rowing, triathlon, cycling and swimming -; in judo, for example, it will not be used and, however, follow-up to the Jews is rigorous.

Oiana Blanco is a good example of judoka that will come to the London games. "I am included in the ADO plan [ADO is the Spanish Olympic Sport Association]. I have to write where I will be at every moment. The registration must be sent quarterly indicating its location in morning and afternoon." However, the number of analyses is lower. "To me they only do urine analysis. It is usually two or three times a year, sometimes unexpected."

The future of the passport in doubt 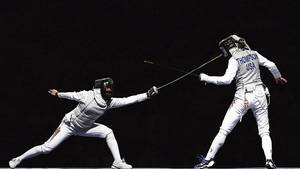 Sports federations and all countries have not accepted the biological passport. The idea is only a few years old, it comes from the world of cycling. It was proposed by the International Association of Cyclists UCI in 2007 and began to apply in early 2008. In these few years it has spread to other sports and it seems that the tendency is to spread to all sports. For example, the French Parliament has passed a law for its application to all sports as of July 2013.

But he also has strict criticism. "Does everything serve to fight doping?" question Guillermo Amilibia, lawyer specialized in sports, in the specialized web Iusport. It must be taken into account that the passport system does not guarantee that the sanctioned athlete has been doped. It does not respect the presumption of innocence. In addition, rigorous monitoring of the athlete is expensive, too expensive for some countries.

On 27 July the London Olympic Games begin, the most important event that has so far had the biological passport. What happens there can be considered as evidence. Later we will have to see who and what biological passport accepts.

List of prohibitions
The control of the biological passport does not directly seek prohibited substances, but is a continuation of physiological parameters. But during this follow-up, routine controls are also performed in which prohibited substances are sought. What are these substances? Well, the international antidoping organization, WADA, renews annually a list of substances to determine what is and what is not.
The substances are classified. Some are always forbidden and others only during the competition. And these two groups are also classified in subgroups.
The first permanently prohibited subgroup of substances are anabolic, products that promote tissue growth. In the list appears clearly: "Anabolizers are forbidden". In this group, for example, is clenbuterol, which was detected in the case of cyclist Alberto Contador. The second group is growth factors, such as insulins. In the third group there are beta agonists. Substances that have the same effect as adrenaline: they open calcium pumps in cells and stimulate the heart. In the fourth group are some hormones that regulate metabolism. And the fifth contains substances that cover diuretic substances and the effects of other substances.
In the substances banned during the contest there are four groups: stimulants (own adrenaline), narcotics, cannabinoids and glucocorticosteroids.
The list includes three types of prohibited activities: methods of promotion of oxygen transport, physical and chemical manipulations (transfusions, for example) and genetic doping (use of manipulated genes, for example).
In all these groups there are exceptions and details. There is also a small list of prohibited natural substances in certain sports.