Lasers illuminating the frontiers of knowledge

When in 1960 Theodore Maiman invented the laser was of no use. Now they are where they are. New types of laser have also emerged capable of capturing incredible powers in a short space of time, difficult to understand, until approaching what happens in the heart of a star. Experts have some idea to some extent what they will serve. With regard to the ultra-fast high-intensity laser, Nobel Prize winner Gerard Mourou states that at this time applications of this type of laser are more numerous than they exist, although he acknowledges that many of these applications should still be tested. These statements were made last May in Salamanca, one of the most important laser centers to demonstrate some of these possible applications: Center CLPU (Center of Pulsed Laseres).

Since its invention, it has become a basic technique for the manufacture of lasers of increasing intensity. The CLPU center of Salamanca hosted last year the third most powerful laser in the center: VEGA-3. In this type of laser it is among the ten most intense in the world. It has a power of a petawatt, 1,000,000,000,000,000 or 1015 watts, about 25,000 times more than the electrical power of all Spain. 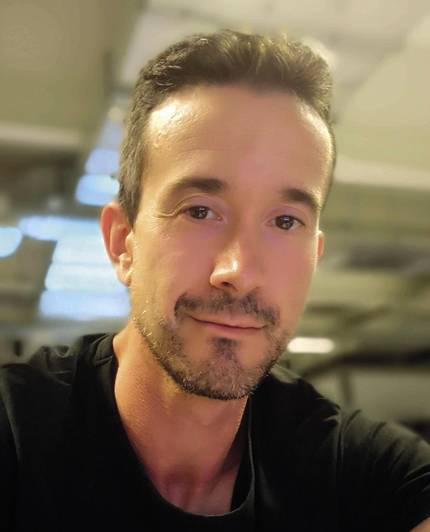 However, it does not require much energy to achieve this, since the pulses of the laser are very short, of 30 femtoseconds. A femtosecond is 10 to 15 seconds, ie 0.00000000001 seconds. A femtosecond has in a second the same proportion as a second in the age of the universe. There is the key to getting this kind of power. “The most important characteristic of these lasers is their pulsatile character, according to Jon Apiñaniz, researcher of the CLPU of Aginako, that is to say, conventional lasers generate a continuous flow of light and, in this case, some light bullets are thrown concentrating a lot of light in a very short time, obtaining enormous powers.”

These bullets of light are microscopic balls of light of so much energy that they place the matter in contact in plasma state. “In the plasma state the behavior of matter is very different. We use the laser to investigate this, we move the matter to very high energy levels, similar to those of a nuclear power plant or those of the stars cores,” explains Apiñaniz. These lasers are mainly used to perform nuclear physics, laboratory astrophysics, and basic physics studies in general.

CLPU resources are available to researchers from all over the world. The applications they receive, as well as those of their researchers, are analyzed by an external committee. And that commission decides how to distribute the resources. There are no shortages of applications. And the VEGA-3 laser, in addition to power, has another very attractive feature for researchers: speed. You can shoot a pulse per second. In the lasers of this power there are only two others in the world who can do it. “This is very important,” explains Apiñaniz, “the experiments are complex and there is a great variability of shooting by shooting, so it is necessary to accumulate data to be statistically valid. In many lasers it can be necessary an hour or an hour of wait between shots, to cool the capacitors, reload, etc., which hinders the accumulation of data”. 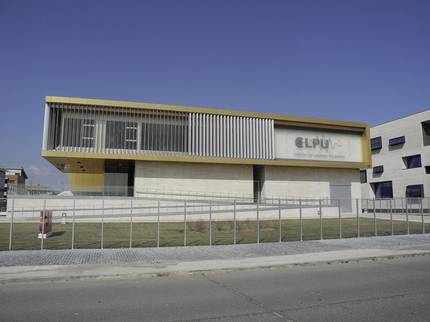 Building and maintaining a laser capable of throwing light bullets every second of 30 femtoseconds and a petawatt is no easy task. “It’s a real technological and scientific challenge,” says Apiñaniz. “The purity of the crystals must be very precise; they must be kept at a very determined temperature; the laser, once amplified, cannot go through the lenses because they would destroy them, so the lenses must be replaced by mirrors of various types (spherical, parabolic…); the laser must travel in the vacuum, because otherwise the air would also ionize and convert into plasma…”

And being able to measure what happens in the experiments carried out with laser is another challenge. “That’s one of its great keys. It is not easy to measure the temporal characteristics of the pulse. Here it does not serve with the installation of light sensors. Electronics doesn't work at these speeds. Optical methods must be used,” explains Apiñaniz. “And to know what happens in the realization of the experiment we must develop diagnostic techniques fast enough to make it possible. This is the work of our scientific unity. We use different methods. For example, we deviated a small part of the laser to make a longer path and reach a few femtoseconds later, taking a picture of the experiment a few femtoseconds later. In addition, we use X-ray cameras; particle spectrometers to know what particles have formed and what energy they have, etc.”

“To take a picture of nature on these scales you need faster interactions than what you want to study lasts,” explains Apiñaniz. “Astrophysical phenomena, such as the processes that occur in the nuclei of the stars, or the excitations of the nuclei of the atoms, or of the electrons, the changes in the quantum states of matter, etc., occur in scales of femtoseconds or attoseconds, maximum in nanoseconds.” 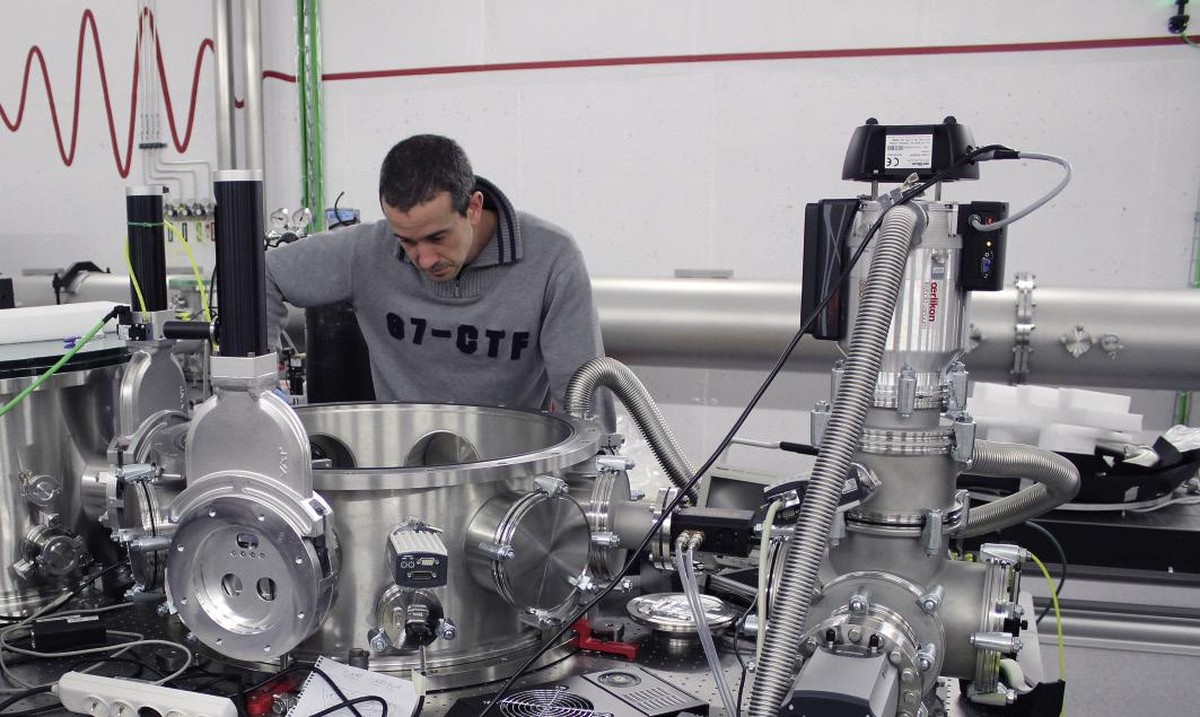 Jon Apiñaniz in the area of experimentation of the VEGA-2 laser (200 terawatios). ED. : © Javier Sastre/CLPU.

Among the topics that are being investigated with CLPU lasers and similar, Apiñaniz highlights one above all: “The ultimate goal of this kind of more powerful lasers is to investigate nuclear fusion.” It is an anti-fission process in nuclear power plants, fusion. Instead of breaking a heavy, unstable atom, it is a matter of fusing two light atoms, in the same way that a helium atom with two hydrogen atoms is formed in the stars. This would give a huge energy, without generating radioactive waste.

It is an ancestral dream, but fusing light atoms is very difficult. Achieve extreme pressures or temperatures. The strategy is to increase the temperature by magnetic confinement in reactors such as ITER. With Laser, the goal would be to achieve extreme pressures. A solid fuel would be thrown laser pulses everywhere at a time, whose pressure would cause a huge compression of the fuel and a fusion. “That would be the last application we all have in mind, although it is still far away,” Apiñaniz acknowledges. 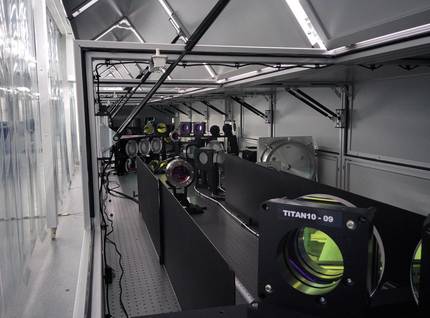 Inside the VEGA-3 laser, one of the laser amplification points. ED. : © Enrique García/CLPU.

However, there are applications that could be much closer. “The contribution of this type of energy to matter involves nuclear physics processes such as particle acceleration,” explains Apiñaniz. “For example, protons accelerate like accelerators like lhc, but with less energy and much smaller installations. This can be useful in nuclear medicine or in proto-therapy.”

Currently, in medicine, particle accelerators are used to obtain the radioactive isotopes necessary for the realization of positron emission tomographies (PET). They are large and small facilities. “We can optimize these lasers to create these isotopes in much smaller and useful facilities,” explains Apiñaniz. “And this could be done in any hospital.”

Apiñaniz sees it quite close. And from prototherapy, which can cost a little more, he thinks it can be achieved in the near future. Radiation therapy is a technique in which conventional X-rays are replaced by protons. The irradiation of an x-ray tumor also seriously affects the surrounding tissues. In cases where the tumor is deep, this can be a serious problem, as it affects a lot what is before and after the tumor. The protons, on the other hand, can act exactly to the desired depth. For this, however, “many protons and a certain level of energy are needed, which can currently only be achieved with large proton accelerators”, explains Apiñaniz. “However, through Lasers we could achieve it in much smaller installations, and then it would be within reach of many more people, since today it is very little possible.”

Mourou, at the press conference he offered in Salamanca, announced that it could be achieved within five years. The Nobel Prize also highlighted another application that has been studied in recent years: the treatment of nuclear waste. “Nuclear energy could be an excellent source of energy, but we have to solve the problem of nuclear waste,” Mourou said. “With these high-intensity lasers we can produce particles of great energy, with which we can produce the transmutation of nuclear waste, so that the radioactivity of these waste goes from millions of years to only a few years, or a few days. The laser here [of the CLPU] serves to demonstrate it, but in order to really apply it it would be necessary to have more efficient lasers that do not exist yet,” he added. 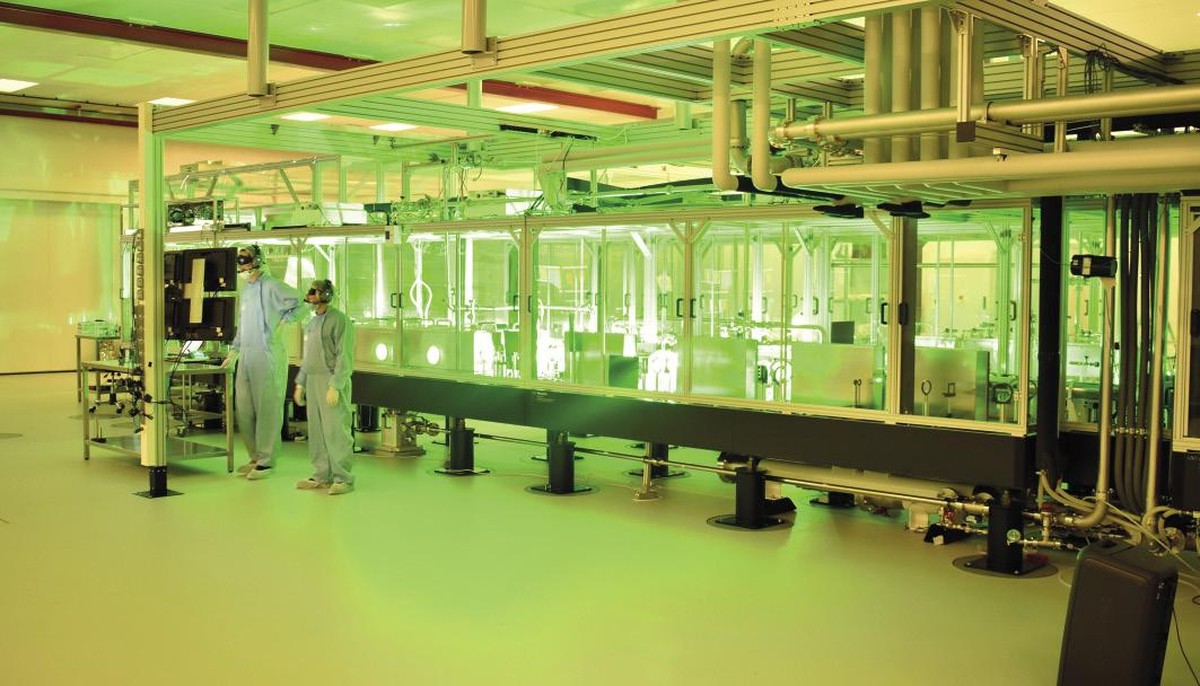 The L3-HAPLS laser from the ELI-Beam centre is now available in the Czech Republic. ED. : LLNL.

Meanwhile, although it is being delayed by some administrative and political problems, the European giant Extreme Light Infrastructure (ELI) project is about to be underway. Three centers will constitute the CDR. In the Czech Republic, in the ELI-Beam center, the pulses of four lasers will be used as source of X-rays, electrons and protons. The pulses will be femtoseconds and the strongest of the four lasers will take 10 PW. In Hungary, ELI-Attosecond will have five lasers that will produce even shorter pulses (from the scale of the attoseconds). And finally, in Romania, ELI-Nuclear Physics will have two sources of laser and gamma rays of 10 PW.

When launched, the ELI will create unseen physical conditions. And scientists are interested in what will happen when releasing strong laser pulses. “The truth is that I don’t know what we can expect either. We are in the limits of knowledge, also in the limits of technique,” explains Apiñaniz.