Humans get the ass of the hen, but the hairs do not protect us. Vitamin C must be taken from food, but in fact we have the necessary genetic information to produce it. Ostriches have wings but cannot fly. There are eleven organs, bodies and functions that do not work. By separating themselves from our ancestors, in evolution, they have lost their function in the origin and have become bestial. 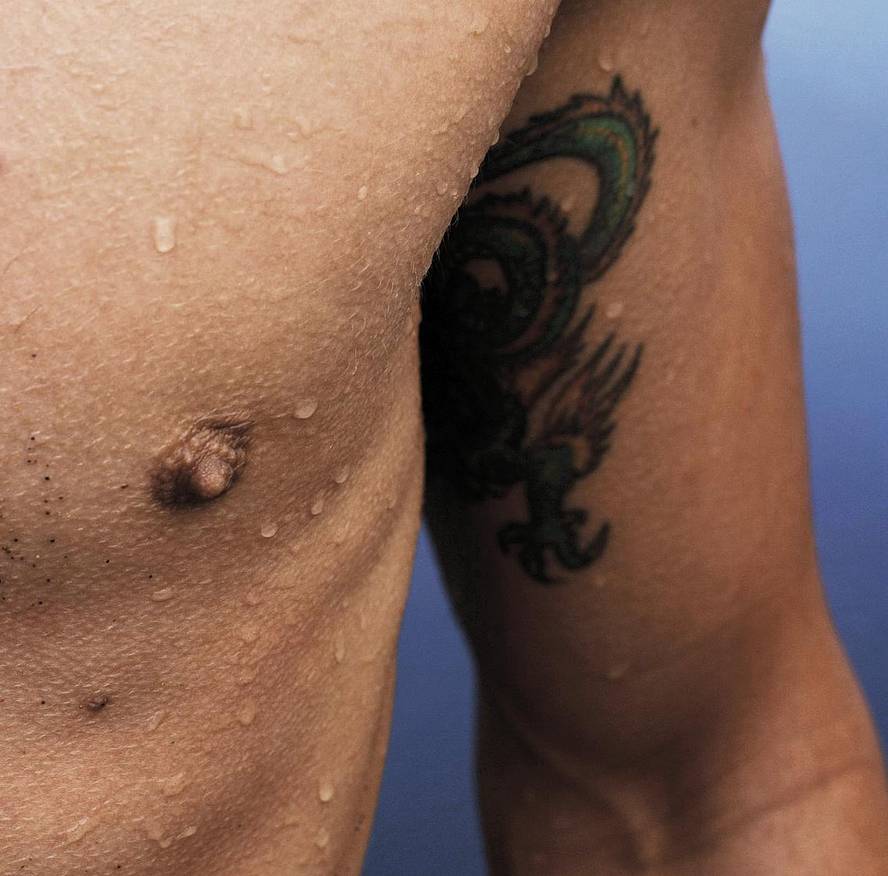 The ass of the hen gets us before the cold and emotions. It is the result of the contraction of small muscles located in the foot of each hair, next to the follicle. In animals that have their bodies completely covered with hair, feather or others, their upright placement helps them form a layer of hot air, or gives them a larger appearance to potential predators. Humans give us no advantage.

If we don't use anything, why do we have the contraction reflex of those muscles? Jerry A. As the University of Coyne Chicago professor of biology states in his book Why Evolution is True, this question can only be answered from an evolutionary point of view: "Natural selection is gradually eliminating some features that are not useful or useful, shaping others to be more useful." In this way of disappearance, however, parts and functions are not always completely eliminated, but become a feature called bestigial.

Javier Aznar, an expert in evolutionary biology, explains the possible causes of this evolution: "The bstitial parts of some living beings would probably be much more useful in their ancestors, but it may happen that in the following it is not profitable to maintain that function or part because of the energy expenditure it entails. In these cases, natural selection will support the disappearance of this feature. Sometimes it may happen that you stop using a certain function. Then, selection will not serve to maintain the genetic information behind this function and random mutations will accumulate."

Through the influence of natural selection and the accumulation of mutations, "these sections become simpler, often smaller, and much more changing," said Aznarrek. Variability, in fact, means that there is no selection in favor of a particular shape or size." 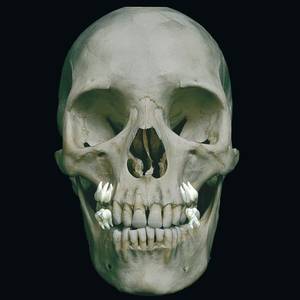 The last teeth are considered a problem, since since we process food we do not have to work as much with the jaws. Ed. Guillermo Roa/Elhuyar Foundation

Although in fact they do not have a specific or important function, "it seems that natural selection has opted not to lose certain characteristics completely," says Aznar. An example is the appendix, the final end of the blind intestine that mammals, birds and reptiles have. In herbivorous animals they are much larger than us, both the blind intestine and the appendix. In these episodes the fermentation of the ingested plants occurs and the bacteria that inhabit them help digest the cellulose that otherwise could not have digested.

In animals that are not strict herbivores, these episodes are smaller and are a small tissue that only has the function of depositing bacteria. Its size is very variable, being able to oscillate between 2 and 20 centimeters. Therefore, the appendix is small and changeable, and does not have an important function, it has all the characteristics to be considered as a bestigal part.

However, a greater decrease in this pathway of extinction facilitates obstruction causing infection and inflammation, that is, appendicitis. And appendicitis can be deadly. Today, advances in surgery have allowed only 1% of those affected by appendicitis to die, "but appendicitis was deadly relatively recently," explains Aznarrek--. If smaller appendages have a higher risk of obstruction and infection, this may be a sufficient factor not to completely disappear."

The last teeth are also considered by specialists as non-fatal by surgery. "Some do not appear to them, others go out without problems and they go wrong to a certain percentage of the population. Today not, but those people are the XVI. If they lived in the 20th century, they would die from septicemia, as a result of an infection that could have been caused by a torsion of teeth," explains Aznar. 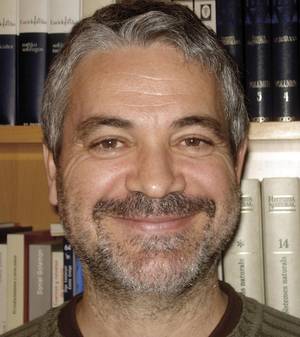 The problems are because the jaw is shorter than our ancestors. As Aznar explained, "in today's societies, this shortening has been extremely rapid. In fact, the food began to be synthesized as it was being processed. Our ancestors had to work much more to process food with jaws. Little by little, however, they learned that processing before eating relieves much work with the mouth (first with the beating of the flesh and later with the fire)."

In food processing, therefore, the third yew is no longer necessary and for it is not needed the length of the jaw has been adapted. "But no one in our genome has removed," said Aznarre, "the information to create this yew. Therefore, it is sometimes created and sometimes gives problems because it has no place to grow."

According to Aznar, "if there is no surgery or antibiotics at present, there may be a selection against having the last yew. We cannot know how long it would take to disappear completely (we would have to see what effect it has on biological efficiency, that is, on mortality and estimate it according to it). But if it was quite frequent that many of those who have the last skewer ended up getting infected and that infection was deadly, natural selection would end up "punishing" and the tooth formation alleles were disappearing from the population. Of course, today we don't know if this had happened or not, because cultural evolution has solved the problem of tooth infection." 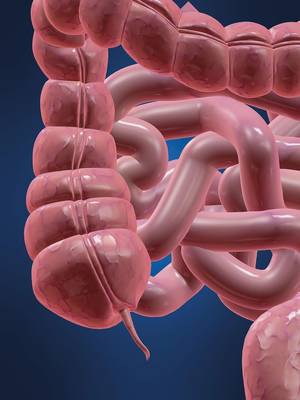 The appendix is a bstitial appendix in humans: it is only a deposit of bacteria, very small compared to the appendix of herbivorous animals, and its size usually varies from one individual to another. Ed. © Sebastian Kaulitzki/350RF

While vestibule characteristics or functions appear in some individuals and disappear in others, the disappearance of the genome of genetic information in this regard tends much longer. As a result of mutations, "unnecessary genes cease to be active or functional, but evolution does not eliminate the genome," says Coyne in his book Why Evolution is True. They are the so-called bestial genes or pseudogenes, since they have no activity. Biologist Coyne says that we have 2,000 genes of this type, such as information for the production of vitamin C.

All mammals have information about all the proteins involved in the metabolic pathway of vitamin C generation in our genome. And they all produce vitamin C, except primates, fruit bats, and guinea pigs. Animals in these groups get them from food because they take foods rich in vitamin C. Therefore, "they do not need to create their own vitamin C, and the presence of mutations in these genes has not been something that should be punished by natural selection. On the contrary, it can also be considered beneficial that these genes stop being functional, since they save energy that must be spent in producing," explains Coyne.

On the other hand, there are parts of the body that, although they do not have a certain function, cannot be considered as others. For example, male nipples. They cannot be considered alien because they have not lost functions, since they have never had functions. Aznar explains: "The appearance of nipples in men cannot be avoided. In ontogenic development, before reaching sexual maturity, all children look similar to nipples. Then, of course, they will only be useful in women. But its presence in men is essential, since it is part of the information expressed by all people, and men are not affected by nipples or energy expenses."

Progressively, therefore, as evolution progresses and changes the conditions and habits of life, some characteristics that served in our ancestors are no longer useful to us. "However, this same gives us detailed information: it helps us to know our evolution. They are direct evidence of evolution and link us with other animals," says Aznar.

Festivals
When we talk about bstitial organs, although the most cited and the most striking are humans, they can be found in any animal. For example, bird wings that cannot fly, such as ostriches, penguins, or even kiwis that have no outer traces, are well known. In the case of the Kiwis, it is clear that these are bstitial episodes, since these unique birds of New Zealand only possess rudiments of wings. In ostrich and penguins, on the other hand, it cannot be said that they do not use them at all, since the former use them to balance themselves when running and courting their partner, and the latter have become a unique chapter for swimming. However, in all three cases the wings are opposite parts because they no longer serve to fly, and it is the function that the wings have in themselves. 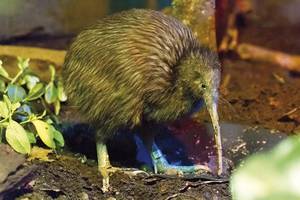 Kiwis have no traces of wings seen from outside. The lack of pressure from predators has led this New Zealand bird to lose its ability to fly. Ed. © Magnus Manske
Although they can be found in any kind of life, the arthropods that inhabit the caves attract attention. In fact, cave lobbies are easily visible characteristics in relatives living in the light. "The most common example is the eyes," says Javier Aznar, an expert in evolutionary biology. I know the case of a spider: relatives who live in the light have very beautiful, spectacular eyes, while those in the caves have depigmented or are without eyes."
"The bestial features are everywhere, I'm sure of it. Researchers, however, are much more fascinated by clarification of the function of body parts than by demonstrating that something has no function. Simply because psychologically the first is more enriching." What's more, Evolution in, one of the most cutting-edge journals in evolutionary biology, found "just a couple of articles" on an occasion when Aznar had to look for information on bstiality.