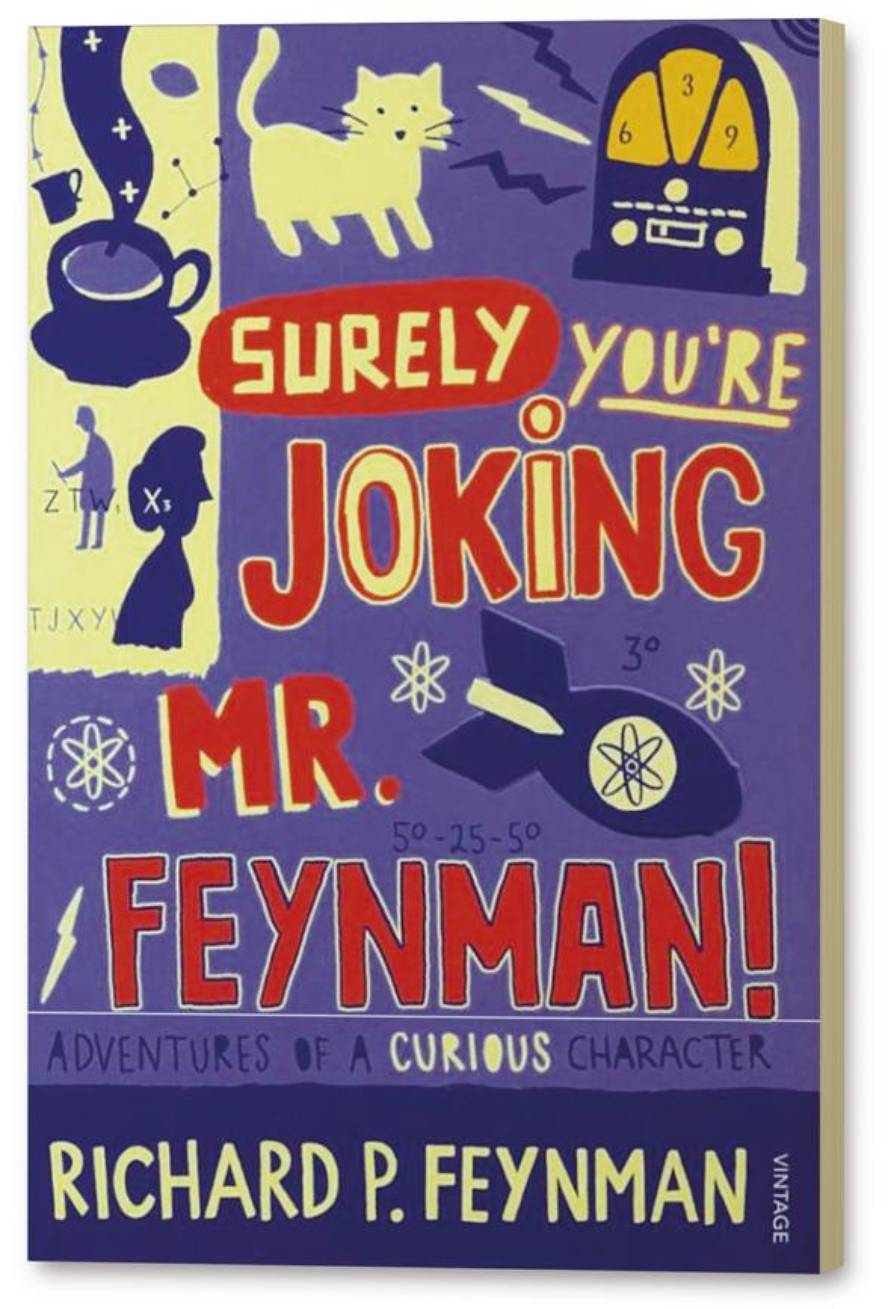 It's not crazy to tell Richard Feynman XX. It is the most famous physicist of the 20th century, behind Albert Einstein. And if it is not the second in the celebrities, it is in the previous positions, no doubt. And one of the reasons for this prestige is the book: Surely You're Joking, Mr. Feynman!

The book is a biography of Feynman, which tells journalist Ralph Leighton in an interview. Many are anecdotes and express Feynman's character very well.

He was a very intelligent person; he was a clear physicist and a very good communicator. In addition, she had a very special personality, was open, feminine and passionate. In a sense it can be said that he was naughty. He was famous as a lecturer and also as a bongo. His speed was evident from a young age, and in all things he counted it is evident. He won the Nobel Prize in Physics in 1965 for his work in quantum electrodynamics, participated in the Manhattan project and was part of the team of experts who investigated the accident of the ferry Challenger. Her professional career is spectacular and these issues, along with special personal aspects, make her a very attractive character.

The book is a classic among scientists' biographies. Translated into many languages. You are here. jokingly, Mr. Feynman? was published with the title and in French Vous voulez rire, monsieur Feynman! with title.

It was a best-seller. And in view of this success, they produced a second book with the material of these interviews: What Do You Care What Other People Think? Half of the book focuses on investigating the Challenger ferry accident, although it also tells many other things about Feynman's life. Feynman died of cancer and completed and published this book while he was ill. It was not as successful as the previous book, but both form a good collection for anyone who wants to read about Feynman's life.