"Science is not neutral: someone does it" 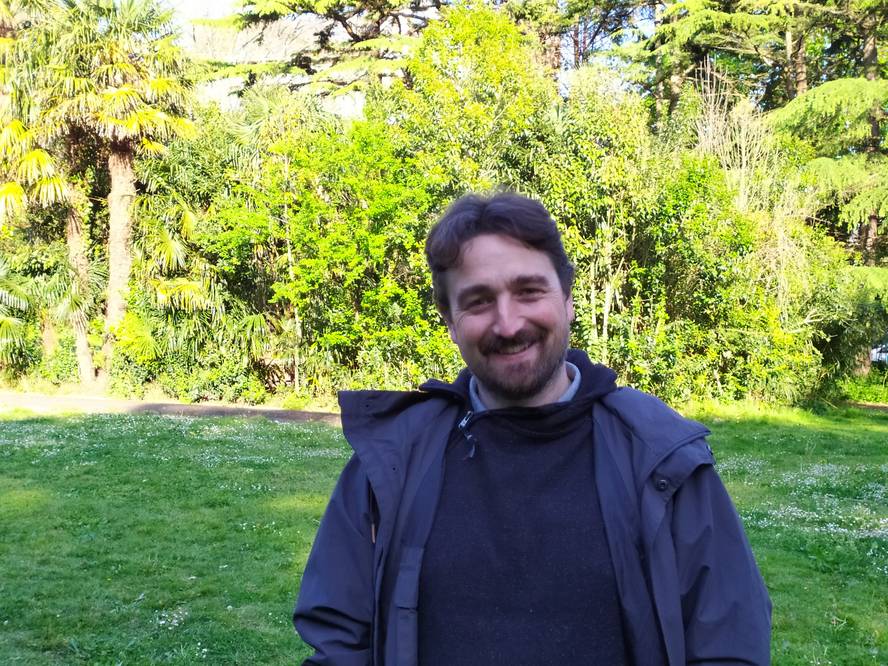 400
Izaro Basurko Pérez de Arenaza combines university research and entrepreneurship in social movements in the field of climate emergency. To reach him he has taken the path of science, but searching and discovering paths that were not highlighted in the maps.
Basurto explains that he approached science from the environment, studying Environmental Sciences at the University of Salamanca. "I have always liked the environment, ecology, environmentalism... and so I got into that world. The Prestige catastrophe had a great influence, it was an incentive, because I wanted to know how science and technology acted and what could be done to avoid this kind of misfortune," Basurko recalled.
Basurko himself participated in the cleaning of the Prestige and saw that not everything was solidarity and will. "I confirm that some do business with disaster."
When he began studying Environmental Sciences, he discovered that science and technology are not neutral: "they are made and they are for someone." Then he began to enter the world of cooperation and to know other territories. "I learned that science can be used to improve and make people's lives worse, or to make money, for example."
At first he felt alone, but soon he met the Engineering Without Borders team and began to volunteer with them, also with Ekologistak Martxan. Thanks to this he met many people who thought the same thing and, although many did not belong to the university world, he saw that there is another way of doing science.

In favor of opening cracks in the system

"Working in social movements allows you to be close to people, to know their concerns and problems. But, on the other hand, your research is not given the same level as those done at the university, they are underestimated," explained Basurko. "I think it would be important to unite both. On the one hand, strictly follow the methodology of science and, on the other, take people into account and foresee the consequences of progress."
In addition, he mentioned the problem of commodification: "Many companies have entered college and money, research and fame have been destined to protect their interests. On the contrary, social movements have much less money, have no fame and can not publish it in major magazines. This removes many researchers' ability or enthusiasm to investigate." The media, in many cases, highlight academic work and leave others in the shadows.
However, consider that you can and should try to open cracks in the system: "It is not easy to break the inertia, but although the precariousness we have is difficult, we have possibilities to open some slits and I think we have to take advantage of them. More considering that the UPV is a public university."
The system of scientific articles and journals, for example, seems significant. "You do your research through a public university, but then to publish it in a journal you must write in English according to your criteria. And once published, whoever wants to read has to pay, know English and have internet. Who are we for? I would like to research in Basque and write these articles in Basque, but then it won't go anywhere."
In any case, he recalled that the motto of the UPV is Eman ta zabal zazu, and he tries: what he learns to give to society. "For example, I am now involved in the energy transition and when you call us a city council or another agent, we give you the opinion to ask for help. And that satisfies me much more than publishing a paper. Also the talks, in the gaztelekus, in the sessions organized by Goiener or anywhere else, because that allows you to talk to people, resolve doubts... Doing things like that satisfies me a lot because I think we have that obligation to society."
Izaro Basurko Pérez de Arenaza

Born in San Sebastian in 1981. He holds a degree in Environmental Sciences from the University of Salamanca. In recent years he has been managing research and cooperation projects, and is now working on the European mPower project, while undertaking his doctorate in Energy Transition at the UPV. In recent years he has collaborated with Engineering Without Borders and Ekologistak Martxan, forming part of the consolidated research group Ekopol.