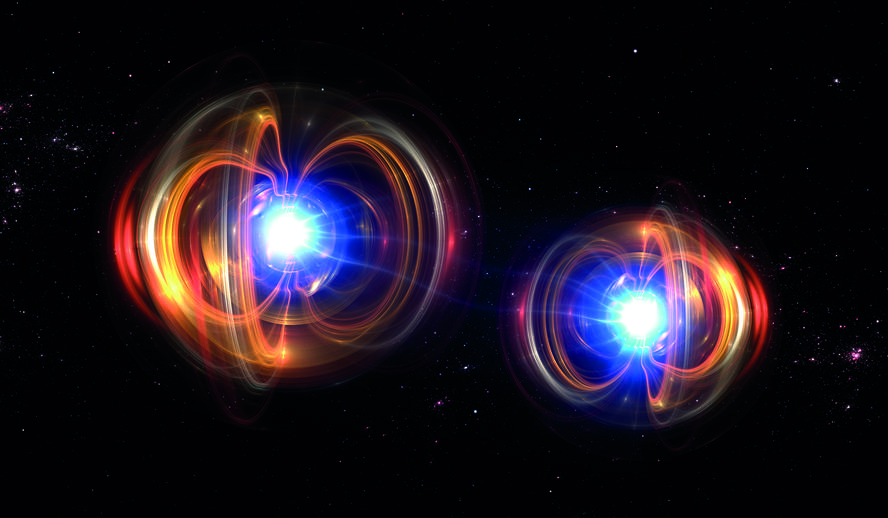 In my field, 50 years from now, they will master quantum technologies. These will be the technologies with which we will research and communicate. These are technologies based on the properties of complex situations. But what are those complicated situations and where are we right now? Let’s start at the beginning…

Quantum mechanics has a curious reputation for being the most successful of our scientific theories and at the same time the most mysterious. It developed in a period between 1900 and 1920, while current formalism developed in the late 20s. From then on, physicists were very successful in applying quantum mechanics to understand nature's fundamental particles and forces and came to configure the standard model of particle physics. At the same time, physicists had great simultaneous success in applying quantum mechanics to understand the fascinating bundle of compounds in the world, from polymers to semiconductors, from superfluids to superconductors. But while these developments deepened understanding of the natural world, they only slightly improved understanding of quantum mechanics.

The basis of quantum technologies: quantum entanglement Here
I'm going to talk about the application of quantum mechanics to quantum computing, and for that we need to present its theoretical foundation: complicated states. The history of complicated situations began with disagreement with the fundamentals of Einstein quantum mechanics, when the so-called EPR paradox was formulated. The paradox focused on the model of two interlocking particles, because Einstein was determined to deny it. Today, quantum entanglement is one of the fundamental principles of quantum physics. Quantum entanglement means that many particles are somehow interconnected and act like one. Thus, the measurement of the quantum state of a particle allows knowing and determining the possible quantum states of other particles.

This connection does not depend on the spatial position of the particles. Although you separate the particles mixed for billions of miles, the change of one particle causes a change in the other. For Einstein, this was a paradox, as it seems that it involves communication between two particles at a higher speed than light, which is in conflict with Albert Einstein's theory of relativity. However, later it was shown that Einstein's interpretation was wrong because particles don't move. Although it seems that quantum entanglement transmits information quickly, it does not violate the classical speed of light, as there are actually no “movements”. Trying to deny quantum mechanics, Einstein devised the idea of getting entangled.

Imagine what the technological potential of this idea could be if you managed to control complicated situations: with one particle you can act on another very far away. However, it took decades to find the applications of quantum entanglements.

New questions began to change the way they thought about quantum mechanics in the decades of existence and existence. Some researchers were inspired by asking whether some of the basic questions of computing and information could be applied to the study of quantum systems. Before, quantum systems were only used to explain natural phenomena, these researchers demonstrated that quantum systems could be designed for any application. [Small vision but profound conclusions]. You don't look at the quantum world anymore, but instead you can create the quantum world to your liking.

On the one hand, interest in the fundamentals of quantum mechanics resurfaced, and on the other, many new questions arose combining the fields of physics, informatics and information theory. What are the spatial and temporal basic physical limitations for the construction of quantum state? ; how much time and space is needed for a given dynamic operation? Why is it so difficult to understand and simulate quantum systems using classic systems?

Four milestones Since
then there have been many advances. Maybe the most spectacular breakthrough is that of experiments. It takes many years to build large-scale quantum computers, but great progress has been made. Superconducting circuits have been used to implement simple two-qubit* quantum algorithms and three-qubit systems are practically available. Qubits based on nuclear spines and single photon have been used, respectively, to demonstrate the correction of quantum errors and the implementation of the principle of quantum simulation. But the most spectacular advance of all of them has been that of ion systems. Captured ions have also been used to show the basis of basic quantum communications, including quantum bug correction and quantum teleportation.

The second breakthrough has been how quantum algorithms can be deployed in quantum computers. Surprisingly, quantum computing can be deployed simply by measuring the sequence of a single qubit, the qubit will give us different implementations depending on how much, when and how they are measured. It is clear that they give you a fixed quantum state, and then the quantum calculation is obtained by “looking” properly at individual qubits.

One of the main motivations for working
in quantum information science is the possibility of rapid quantum algorithms solving important computing problems. Here, the progress made over the last decade has been mixed, because although a great deal of effort has been made, the ideas of the major algorithms are still around 10 years ago. But the technical progress has been remarkable. Now, we still don't understand what exactly quantum computers do, or what kind of problems you expect to overcome classic computers.

In the next few years, quantum computers will not only provide more computing capacity, but are needed to solve the energy problem. A quantum computer would get an equivalent energy improvement in four qubit more, and without hardly any energy increases it would solve difficult problems. Therefore, it is not necessary to obtain a significant reduction in the time spent to capture the energy savings that quantum computing can entail: the advantages are beyond quantum calculation.

* Qubit (or quantum bit) is the quantum mechanical analog of a classic bit.