The parasite responsible for toxoplasmosis makes the wolf darker 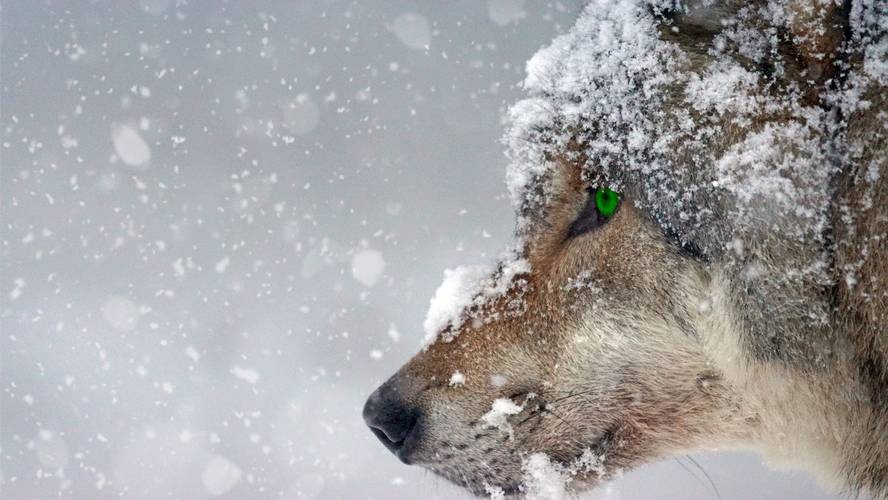 Wolves exposed to toxoplasma gondii parasite have a higher predisposition to take risks and a higher probability of leading the group. This can affect the entire group of wolves for the benefit of the parasite. These conclusions are drawn from a study with wolves from the Yellowstone National Park (USA).

For 26 years, researchers studied the behavior and distribution of wolves, and analyzed blood samples from 229 wolves to detect antibodies against the protozoan T. gondii. The pumas of the area, which are the usual hosts of the parasite, were also analyzed. In fact, the results of the study suggest that the parasite passes primarily through the pumas to the wolves.

It is observed that infected wolves have a clear tendency to take risks, the probability of separating from the group increases 11 times and that of becoming group leaders 46 times. When wolves have been around for 21 months, they have a 50% chance of leaving the group, but those infected with the parasite reach this point at 6 months. For females, the chance of leaving the group is usually 25% at 48 months and those infected at 21 months.

Other studies have shown that the parasite T. gondii produces an increase in the production of dopamine and testosterone, and will probably also affect wolves by other similar mechanisms. In hyenas, it has also been observed that the infected become more daring and, therefore, more likely to die by lions. The parasite is able to close the cycle because cats are needed to complete the life cycle. In fact, in cats like lions, pumas and cats, the parasite reproduces sexually and in middle guests like hyenas, wolves and many other vertebrates, asexually. Toxoplasmosis is a dangerous disease for fetuses and people with immunodeficiency, who are also intermediate hosts.

In the case of wolves, researchers have highlighted that, being social animals, the parasite affects not only the infected individual, but also indirectly the group's behavior. In fact, the infected leader will tend to move the group to more dangerous places like hotdogs. This increases the chance of infecting more wolf and increases the chance of reaching more slums.