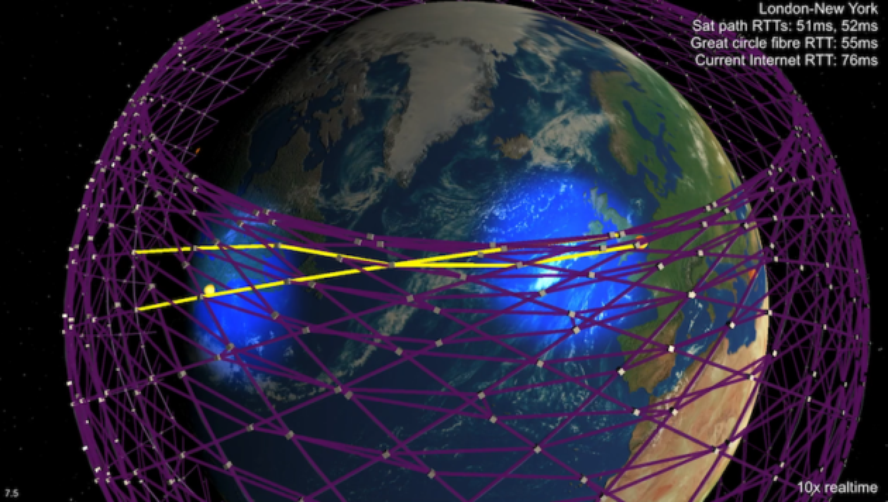 The aim of the Starlink satellite constellation is to create a global Internet network. Ed. Mark Handley/University College London

The first 60 of the satellite constellation that the space company SpaceX wants to complete around the Earth are already in the sky. The goal is to put 12,000 satellites, but you may have to change the project because the discomfort caused by the first 60 have altered astronomers and fans.

Through this constellation of satellites, Elon Muskiz, head of the SpaceX company, wants to offer users worldwide a global Internet network, even in more solitary places. The satellites are small in size and are proposed to be placed in orbit close to Earth in three layers (between 350 and 1190 km high). The idea was that by 2020 everyone was in the sky and for this it is authorized, both from the International Telecommunication Union and the Federal Communications Commission of the US.

The first 60 satellites were launched on 23 May using a rocket in Falcon 9. And almost immediately there was concern about how the vision of the night sky would change. Many astronomy photographers have already complained of their brightness because they damage photos and astronomers are very concerned, especially radioastronomers, because the frequencies that will use satellites coincide with those used in radioastronomy.

Muskiz said he will try to solve the problems caused by satellites, but experts believe that all this should be taken into account before the satellite leaves.