Phosphan detected in the atmosphere of Venus 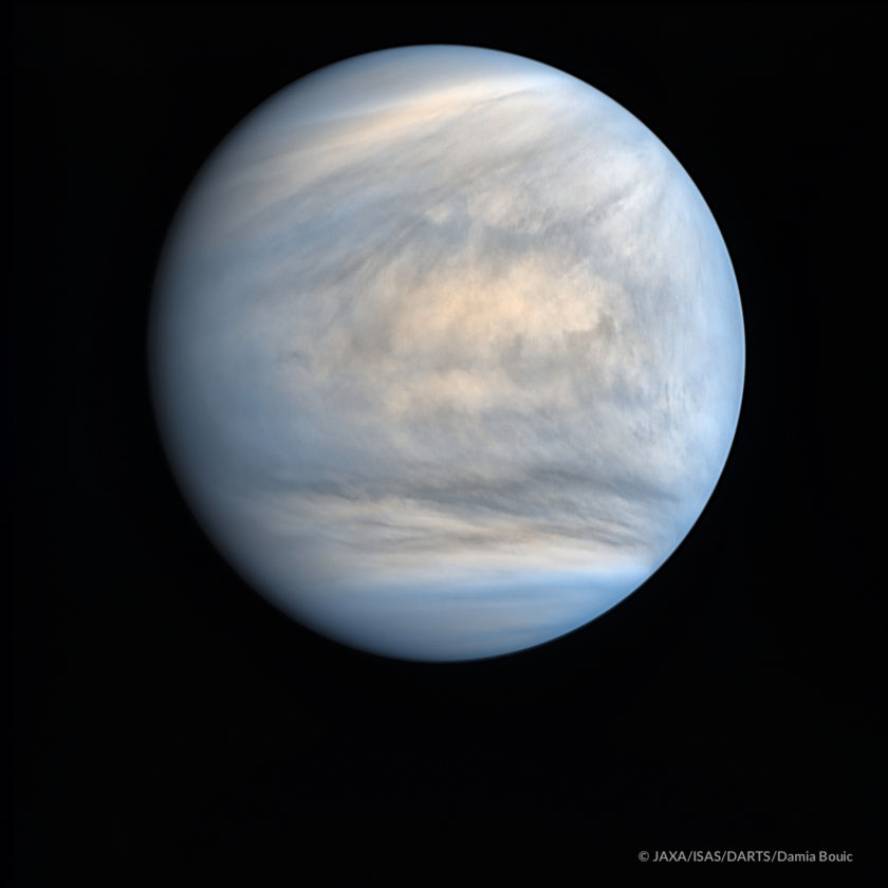 Phosphan detected in the clouds of Venus. On earth, this gas is of biological origin. - Ed. JAXA/ISAS/DARTS/Damia Bouic

The journal Nature Astronomy announces that phosphan has been detected in the atmosphere of Venus. This discovery suggests that Venus may present unknown photochemical or geochemical processes.

In the soil, phosphate gas is mainly produced by anaerobic biological sources. But researchers recall that the superficial conditions of Venus are not adequate to create life. On the other hand, the environment of the upper cloud cover is temperate, while the composition of the clouds is very acidic. Under these conditions, phosphan would be destroyed very quickly.

The team led by astronomers at Cardiff University observed Venus in 2017 and 2019 with the James Clerk Maxwell Telescope and the Atakama ALMA Telescope. The specific spectral signature of phosphate was located and hypotheses have been studied to explain its origin, such as the surface sources of the planet, the micrometeorites, the rays or the chemical processes that occur inside the clouds.

The researchers have not managed to clarify the origin of phosphan. He warned that despite its biological origin on Earth, Venus does not have to be so. Moreover, they suggest that there are unknown geological or chemical processes and that more observations and research are necessary to explain their origin.