They find the oldest amputation test in a skeleton 31,000 years ago. 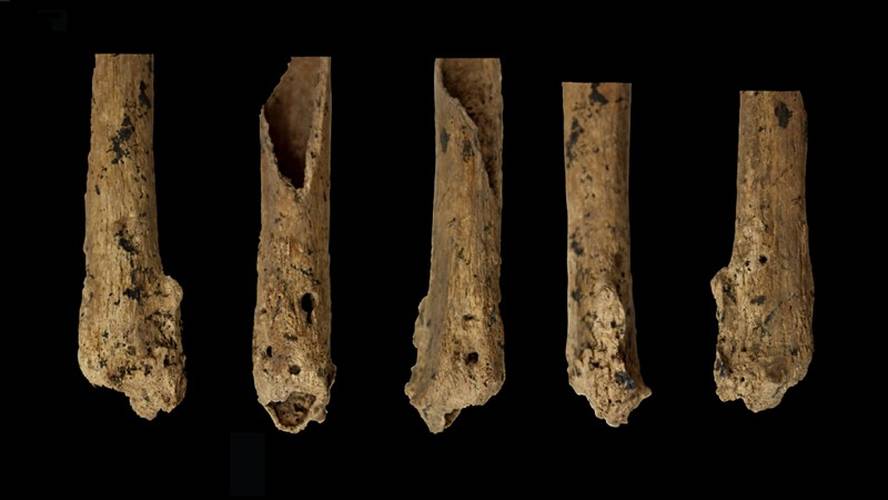 The left tibia (the first two images on the left) shows the traces of an amputation. Ed. T. A. Maloney et al./Nature

In the Sangkuliran-Mangkalihat peninsula in the Indonesian part of Borneo, a skeleton of 31,000 years ago has been found with the left leg amputated. Amputation is clear, surgically, and becomes the oldest evidence of such an operation.

They conclude that the skeleton belongs to a person 19 to 20 years old. Comparing the tibia and fibula measurements cut to those of the right leg, they believe that the surgery was performed at least 6-9 years before death as a child. That is, not only did she have surgery, but she took care of healing the wound well and then helped her progress. The discovery has been made in collaboration by Australian and Indonesian archaeologists and has been made known openly in the journal Nature.

The discovery rejects the prior view of the evolution of medicine. In fact, it was previously thought that about 10,000 years ago, medical operations emerged during the Neolithic Revolution. The oldest trace so far was that of a farmer who had found in Buthirefriger-Boulancourt, France, who had his forearm cut off and worked for him.

The current discovery is much older. It is located in one of the oldest cave art caves, the Liang Tebo. Researchers recall that surgical operations were unsuccessful in Western society until 100 years ago. Therefore, it is really significant that 31,000 years ago we were able to perform this type of surgery, getting the patient to go well and live another year. It involves knowledge of bone and blood circulation, proper instruments and infection prevention.

Researchers suggest they would use medicinal plants to not infect the wound and reduce pain. Nor have they ruled out that the early colonization of sapiens has promoted advanced technologies and medical practices in these cultures in Borneo. For example, the rapid spread of infections with the climate of the area could motivate the appearance of medicinal plants from the plants of Borneo, of great diversity. Along with this, they conclude that it was inevitably attended by a strong community. When trauma and other accidents were frequent, the patient, even as a child, was operated with skill, took good care of the wound and accompanied him until he reached maturity. All this demonstrates a strong Community sense.