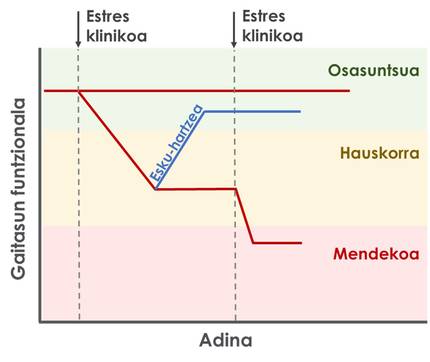 Aging is universal and progressive. It is also a heterogeneous process, so it is produced very differently. We define aging as a set of changes that our body suffers over time and that assume a loss of functional capacity, as well as a greater vulnerability to diseases and external aggressions. Medical advances and the overall improvement in quality of life in recent decades have allowed life expectancy to increase considerably. But the number of years we live in maintaining good health has not grown in the same way. So we live longer, but not better. Consequently, as reflected by studies conducted by the World Health Organization, the aging process and dependence XXI. They are one of the major challenges of the 20th century. The objective of this doctoral thesis was to describe the biological characteristics of the aging process to reduce dependence and promote healthy aging.

Frailty is an age-related syndrome. It is characterized by loss of functional reserve, decreased adaptive capacity of physiological systems and increased vulnerability. That is, when people go from being healthy to being at risk of being dependent, we say they suffer from rupturistic syndrome (Figure 1). Identifying frailty syndrome is essential to take action and try to avoid future dependence. However, so far an effective way to detect this syndrome has not been found. Several functional tests and tests have been proposed that do not identify all people with frailty.

In order to complete the available instruments and obtain better results, biomarkers of the rupturistic syndrome have been sought in this thesis. That is, molecules have been analyzed that can be useful to identify frailty in biological samples of donors. In this work blood is collected from the elderly and leukocytes. white blood cell gene expression has been analyzed. Differences have been found between healthy and fragile donors and, especially, a high degree of ageing of the EGR1 gene has been found in people with rupture syndrome. Moreover, a three-month intervention program with moderate exercise shows a decrease in the expression of this gene. (Figure 2). We can therefore conclude that the EGR1 gene can be a good biomarker of the rupture syndrome.

Figure . [A process followed in the search for biomarkers]. First, thousands of genes have been analyzed, and a different expression of 35 genes has been found. Each column shows a donor, each row shows a gene, and the intensity of the colors marks the level. Subsequently, the validation of the results obtained in another cohort has confirmed that the noise level of the EGR1 gene is high among the fragile ones. Finally, we have seen that an intervention programme reduces the expression of the EGR1 gene. Ed. Ainhoa Alberro Garitano

Importance of the immune system

As previously mentioned, the aging process leads to increased vulnerability. In many cases, older people respond more weakly to external aggressions as a result of errors or omissions in the immune system. Therefore, the next objective of the project has been the study of T lymphocytes, necessary for the immune system response. It is known that with age T lymphocytes, like cells from other tissues of the body, become senescent, that is, they decrease their activity and performance. However, they remain unknown aspects of the aging of the immune system, such as the differences between the types of T lymphocytes and the characteristics of people over 90 years of age.

This thesis analyzed the main types of T lymphocytes of adult and elderly donors: CD8 or cytotoxic agents, and CD4 or companions. Tests show that not all T cells age equally. The percentage of CD8 T senescent lymphocytes in the blood increases with age, but CD4 T lymphocytes do not do the same. In the case of the latter, the percentage is generally lower, and although it increases in the first decades of old age, the percentage of senescent cells is lower in people over 90 (Figure 3). It should be noted, therefore, that a differential characteristic of people who exceed life expectancy has also been found.

Intercellular communication is essential for the coordination and functioning of the body. It occurs both in physiological and pathological processes and aging is no exception. Previous studies have shown that aging produces changes in intercellular communication. The best described change is the increase of inflammation molecules, where many cells secrete more inflammation molecules than necessary, affect the receptors of these signals and the process becomes chronic. But there's more than a mechanism of intercellular communication, and there's a mechanism that hasn't been investigated yet, almost in the aging process, which is what extracellular vesicles do.

Extracellular vesicles are particles that are removed in a controlled way by cells. These spheres surrounded by membranes carry a wide variety of lipids, proteins and RNA molecules that will influence the recipient cell. Intercellular communication through vesicles was unknown until recently. Due to its small size (50 nanometers and 1 micrometer diameter), most laboratory devices used for cell analysis do not detect vesicles. In addition, vesicles were initially thought to be “trash” ejected by cells and underestimated.

Technical advances have made it possible to publish thousands of scientific studies on extracellular vesicles during the last decade. They've seen vesicles participate in most biological processes. However, as previously mentioned, and given that it is not yet known what its role is in the aging process, this thesis has been investigated. Blood samples from adult and elderly donors have been processed, isolating vesicles and their influence on three different processes related to aging: activation of T lymphocytes, osteogenesis and myogenesis. For experimentation, cells grow in vitro and vesicles are added. The cell stimulation was then performed and the vesicular incidence was analyzed (Figure 4).

Figure . [Schematic representation of experiments with extracellular vesicles isolated from blood]. An overview of the laboratory plates (96 wells above) and the details of a well (below) is shown. The final figure depicts the machine called flow cytometer used to perform the analyses. Ed. Ainhoa Alberro Garitano with the BioRender application.

In relation to the results of the previous section, activation of T lymphocytes has been investigated. The results show that vesicles influence the activation of CD8 and CD4 T lymphocytes and there are even differences according to age. Isolated vesicles from young donors favor cellular activation and this effect decreases with age. Osteogenesis and myogenesis have been investigated below. These are damaged cell differentiation processes in aging that affect osteoporosis (loss of bone mass) and sarcopenia (loss of bone mass), respectively. Experiments have shown that vesicles favor osteogenesis and myogenesis. In addition, a weaker effect of isolated vesicles has been detected in older people.

It should be noted that extracellular vesicles isolated from blood perform several functions. In fact, in the blood there are vesicles secreted by different types of patients. Millions of messages travel through blood vessels each carrying a message from their transmitter cell in search of its specific receptor (Figure 5). For example, some blood vesicles affect only T lymphocytes, while others affect only cells. In addition, the results obtained in this study indicate that the bladder influence varies according to the donor's age, that is, the message sent changes.

As seen, aging is a complex process involving several variables. In this work it is necessary to continue describing the variables studied and the others involved in the aging process, in order to achieve a complete understanding of the process and healthy aging. The road is long, but we're a couple of steps closer. 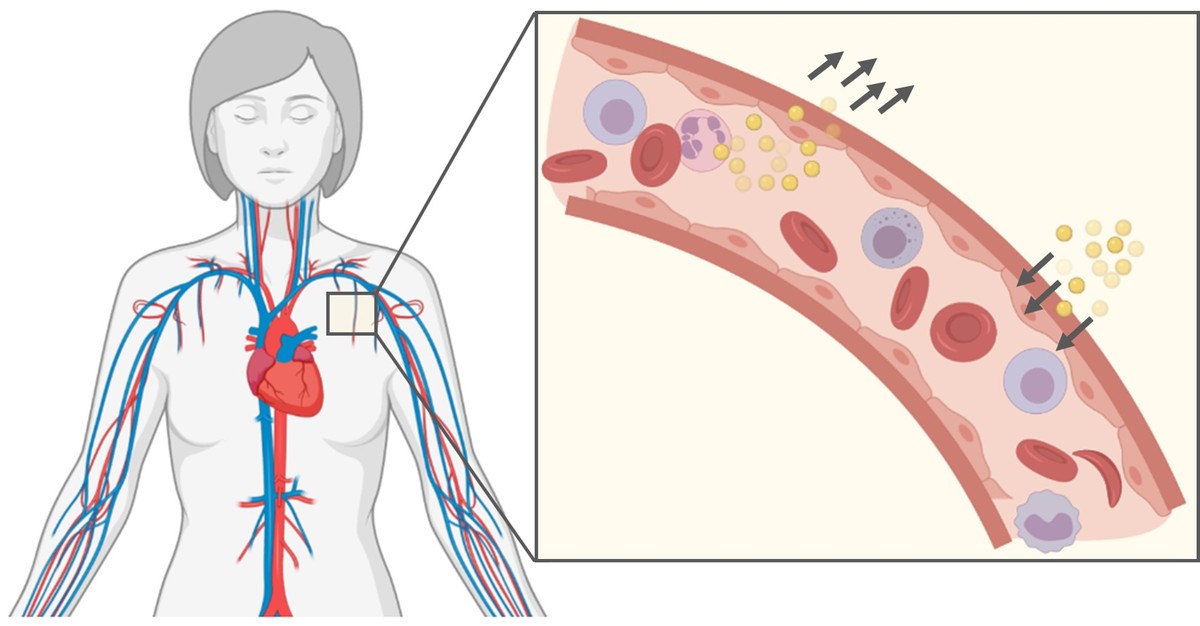 Figure . The circulation system allows communication between distant tissues. Extracellular vesicles travel along with other cells and molecules through the blood to the target tissue. Consequently, when receiving a blood sample, the vesicles that are traveling to the circulation system at that particular time are obtained. Ed. Ainhoa Alberro Garitano with the BioRender application.