“I’m interested in the interaction between the environment and society” 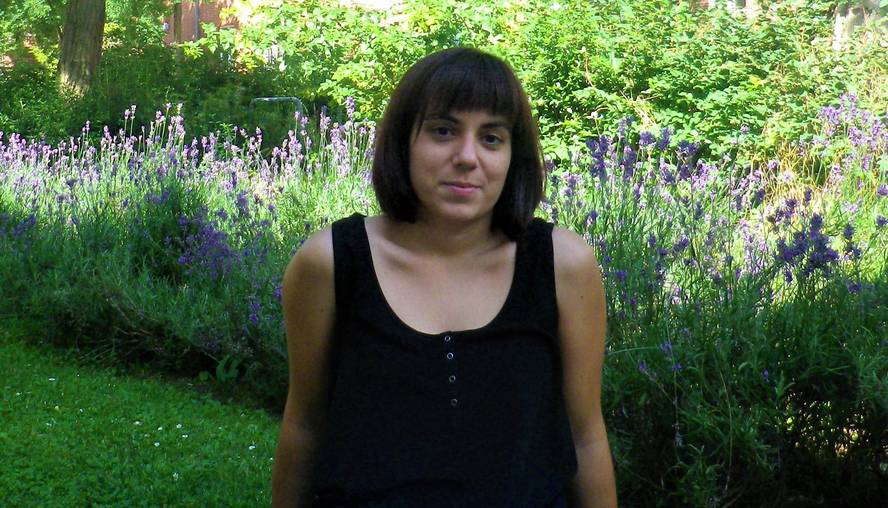 According to Castillo, he has always liked natural sciences, biology, etc. and did not think much to choose the Environmental Sciences. "I could also choose biology, but environmental sciences also take man into account and I like the interaction between the environment and man," he said.

He did not plan to do the thesis. According to him, "I have always thought that when doing the thesis you spend a lot of time on something very concrete, and I did not want to dedicate myself to studying another four years. But then I did the master's degrees, because I wanted to deepen the conservation and recovery of ecosystems, and I worked in companies and practices, both private and public, and ended up in Costa Rica, in a research center. It was only three months, but there I wanted to do the thesis. Also, I had friends who were doing the thesis or just doing it, and they also encouraged me before."

Therefore, he has applied for the scholarship of the Basque Government for the thesis, in which he is now working in the Department of Plant Biology and Ecology of the UPV, under the direction of Professor Miren Onaindia Olalde. He explains that the thesis focuses on the economic valuation of ecosystem services: "Ecosystem services are the benefits that nature offers us, and the aim of the study is to obtain additional information through economic valuation for more appropriate planning of the territory. My group performs a biophysical analysis and I value economically taking into account the preferences and desires of society.”

For example, the influence of the Biosphere Reserve denomination on the population of Urdaibai has been analyzed. Specifically, they wanted to know if the designation has harmed or benefited the population, and the study has shown that it can be beneficial.

To reach this conclusion, Castillo and his colleagues have analyzed three types of variables: those related to the use of territory, socioeconomic and cultural in Busturialdea and Uribe Kosta. It has been proven that the designation of the Biosphere Reserve has not had harmful effects for the population, but guarantees the conservation of the region, despite the prioritization of the replacement of pine forests by native forests and the empowerment of agricultural activities, and that it may have contributed to the socioeconomic and cultural development of the region.

In general, it is observed that each assessment provides a type of information. Therefore, when considering ecosystem interventions, it considers that all should be considered to have a global vision: "It cannot be based only on the ecological point of view, or only on the economic or cultural point of view, but on everything. This is our main conclusion, which also coincides with the conclusions of other research."

In Lüneburg he has been studying Urdaibai's data and, although he has only worked on it, he has had the opportunity to work with local researchers. Thanks to this, he has known other ways of working, "and I have practiced English", he added laughing. The stay in Germany has also served him and summed up his "incredible experience".

As for what has become more difficult in the thesis, he has responded that the chosen area is the environmental economy. In fact, in your group this vision is new and, therefore, within the group has only acted in some way. "But I chose the issue because I am interested in the interaction between ecosystems and society, and we are also collaborating with a Sarriko economist. Therefore, I am not alone." On the other hand, he pointed out that today this global vision of ecosystems is increasingly widespread.

Looking ahead, once the thesis is completed, he recognizes that he is eager to continue the research, but that he would also work in a company. It is clear: "I am open to all options."

Nekane Castillo Eguskitza was born in Bilbao in 1988. After graduating in Environmental Sciences from UPV/EHU (2010) he specialized in the Complutense University of Madrid and the University of Alcalá in Conservation Biology and Ecosystem Restoration, respectively. Experience in environmental consulting, practices and work in clusters and research centers, in 2015 he began to do a thesis on ecosystem services offered by the Urdaibai Biosphere Reserve.