"The loss of contact with nature harms human well-being"

Unai Pascual García de Azilu is an economist, but beyond economic and material growth, he focuses on the welfare of society. He considers the relationship with nature as fundamental to human well-being and works to integrate this vision into the heart of the economy. The IPBES report, which leads the international working group on the values of nature, has gathered 100 multidisciplinary experts on behalf of the United Nations in Vitoria-Gasteiz this week. This talk has provided us with important keys to understand the relationship of human beings with nature. Although the economy is a word we use in everyday life, I think people don't understand their meaning well. Economy means home management. How to organize society by managing the limited resources we have to achieve the welfare of society.

At present, the perspective of development of society has been considerably reduced until it is limited to economic growth. But economic growth doesn't have to directly influence people's well-being, there are a lot of negative effects: pollution, climate change… Therefore, the economy should be understood in a broad way, taking into account that nature is a much larger system. That is, the economy depends on society and the society of nature. That is my way of understanding the economy.

What basis do you think the economy should have?

At the base should be the origin of the word economy: home management to protect or increase well-being. Well-being can be understood in many ways, but in the end it is that people are at ease with their lives, have a full life. Then, the question is: Does mere economic growth allow us to have a full, virtuous life, in which we feel good in our relationships? We have food, drink and basic things, but beyond that, I mean to feel good in your relationships with others. In our society we have created a very limited conception of well-being: having employment, having two cars…

How have we reached such a reduced economy in our society?

I think it came about from the Second World War, because there was a huge need to rebuild certain countries, to replenish industry… Poverty increased in Europe, and economic growth was considered necessary to move to a society of greater well-being. There began a new system of real accumulation.

Then, the 1980s was very special: By the hand of Thatcher and Reagan, from the Anglo-Saxon world, they created the vision of neoliberalism: the least interference of the state and economic deregulation to move businesses. That is not an economy, but an imposed ideology. But other countries endorsed this ideology and spread to the whole planet. Consequently, since the 1970s, international trade has multiplied by 10. Note that in this accumulation system, the gross domestic product grows exponentially, not linearly, and to maintain it, the amount and flow of exploited natural resources, including energy, have grown exponentially. 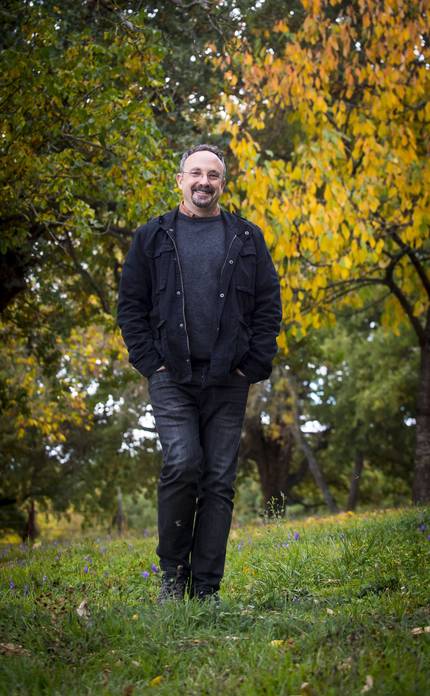 Has this meant a dependency on economic growth and material?

Yes, yes, totally. It is a dependence that we have created and that is the tragedy that we live. We have created a system of accumulation in which the gross domestic product must constantly grow, accumulate, invest capital. In many cases, this capital comes from bank loans and must be paid with interest. Therefore, we are stuck in a crazy wheel. We cannot leave there and if we do not change, it will lead to the ecological collapse. Hence the idea of non-sustainability.

We have begun to suffer the direct negative effects of the collapse, as we have created serious global problems to protect our economic system: pollution, biodiversity degradation, climate change… In many places in the world they no longer have enough harvest to survive. Climate change and other problems generated by our economy have increased the dimension of the problems they had in these countries. Many of the problems are derived from neoliberalism, from us, in Africa, Asia and Central America, and have been dragged down for centuries. Now, climate change has brought with it an important increase in the dimension of these problems, due to lack of water, loss of crops, etc.

We, for the moment, have more defenses; we can put patches so that the collapse does not come so fast, because we have invested a lot in infrastructures and technology, but let's not forget that we have created those protections with external resources. In any case, we will return to the problem we have generated, through the immigrants who come to escape, because there are continuous geopolitical struggles to control the resources that are increasingly scarce…

Do you see the lack of social adherence to nature reflected in our behavior? 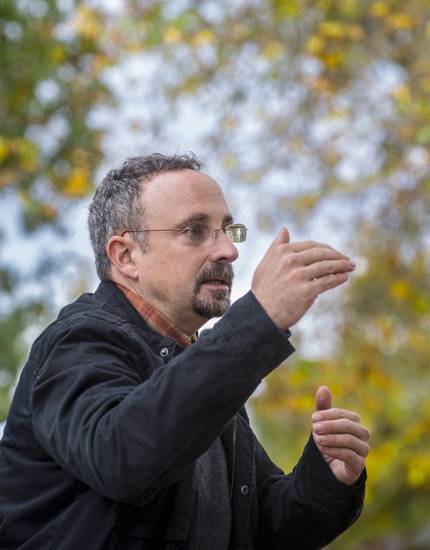 Yes, I see it very clear. As we build a more urban and materialist society, the very way we relate to nature is aligning with the perspective of green capitalism; we relate through the market to consume. In the best of cases, we are limiting our relationship with nature to enjoy nature in free time, but as we see a documentary on television, no more.So, instead of consumption being a path to well-being, we have become dependent. Today we can understand consumption as a new relationship of society.The own loss of contact with nature has made it increasingly immersed in the vicious circle of the need for economic growth. I think both phenomena are related.

Unfortunately, we are putting aside many intangible enriching relationships with nature, which are necessary for our well-being, to have that full life. We call them “relational values”. That is, beyond the value of a tree, I value my relationship with that tree. As in people: instead of valuing the person, I value what relationship I have with her, what the relationship offers me. I think that's fundamental. It is a paradigm, another way of understanding the values of nature.

What other contributions does nature provide us with, in addition to providing raw materials?

Besides the usual instrumental values provided by natural resources, I would mention three other types of values related to relationships. One is custody. We care for people, care for our things, and care for nature. It's not that I want to have a beautiful nature, no. Care as a value is very important to have a full life. Just as we benefit from the care of people, we also benefit from the care of nature. We feel good in doing so. In addition — and indigenous peoples have it very interiorized — if you take care of Mother Earth, Mother Earth will give you well-being back. We, the Basques, surely had it internalized.

And the third is the custody of the territory, which corresponds to that treasure that the previous ones have left us. We cannot betray them.

I think it is fundamental to establish a balance between the instrumental and relational values offered by nature. I believe that the present imbalance, the way of exploiting nature, reveals the cognitive imbalance that we have humans at this time. We are generating serious problems for our way of seeing reality. 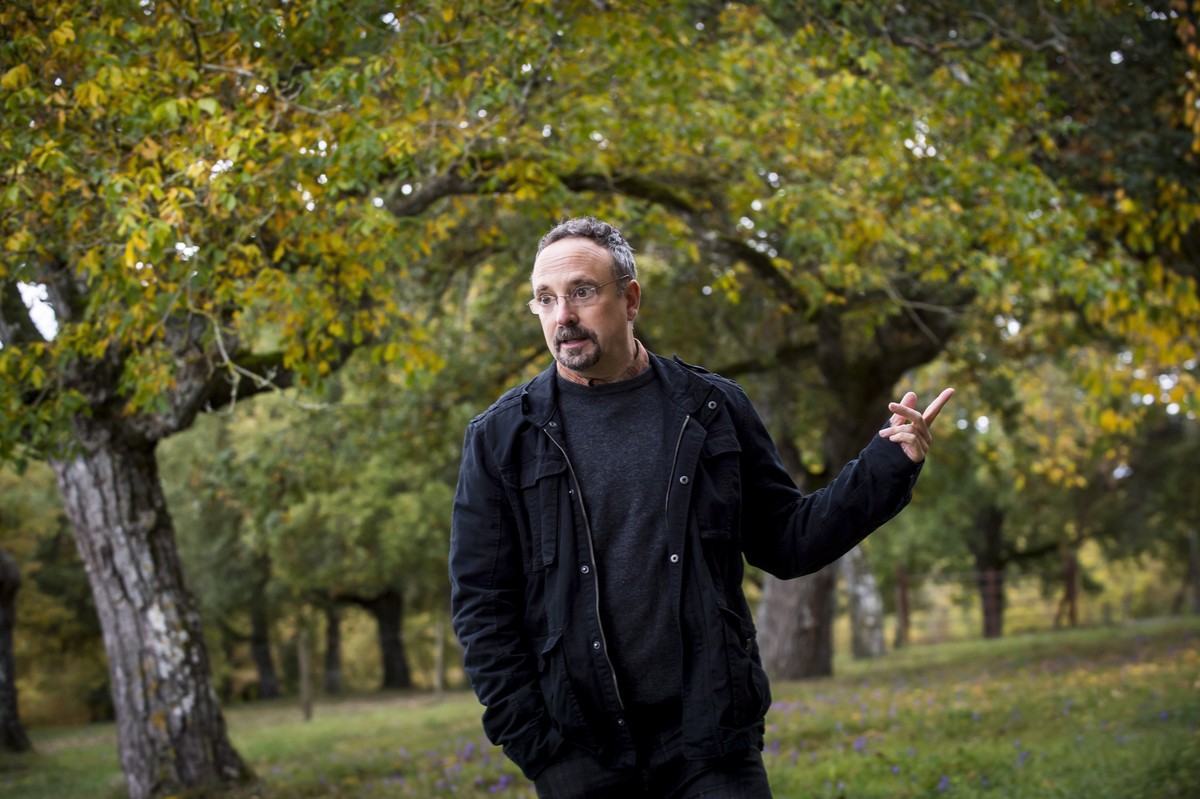 Do you see the need to work on the values of nature in society?

This relationship with nature should be addressed from all walks of life in a healthy way: from the media, the benefits of the relationship with nature in society; from education, because as a child we create our psychological and mental structures, the way of understanding the world. Schools should be more and more directly related to nature and offer these experiences to children. It is not enough to speak abstract of nature, because we learn from experimentation, from personal experience.

It is also necessary to offer current passionate consumers the possibility of experiencing nature to see how they feel better. We must help them to recover human relationships by nature. We must create opportunities to solve this unhealthy dependence on consumption.

We should also work from the administration, which has resources and aligns policies to mobilize society from one side to the other. For example, it seems to me very positive what they have done in Vitoria in recent decades. For a long time, large investments have been made in the development of green spaces like the green ring. They are not beautiful spaces, they are spaces of use, real ecological systems. And the model of civic centers, which does not exist in the nearby cities. There the relationships between people are fed. There are meeting spaces for all ages, and if not, they would not meet. Vitoria-Gasteiz has great potential to generate experiences.

With the example of Vitoria-Gasteiz, we want to launch a study to clarify to what extent green cities foster relationships with nature and relationships between people. If they are really enough to structure themselves within us.

Because the goal won't be for everyone to return to the villages, right?

That is. The reality is that our society has evolved. A joint evolution between nature and society. I do not say that living in the hamlets is necessarily better than living in the cities. He will have good and bad things. But if we continue to lose those rich relations, we will hardly achieve a sustainable society. We must understand the economy in a healthy way. 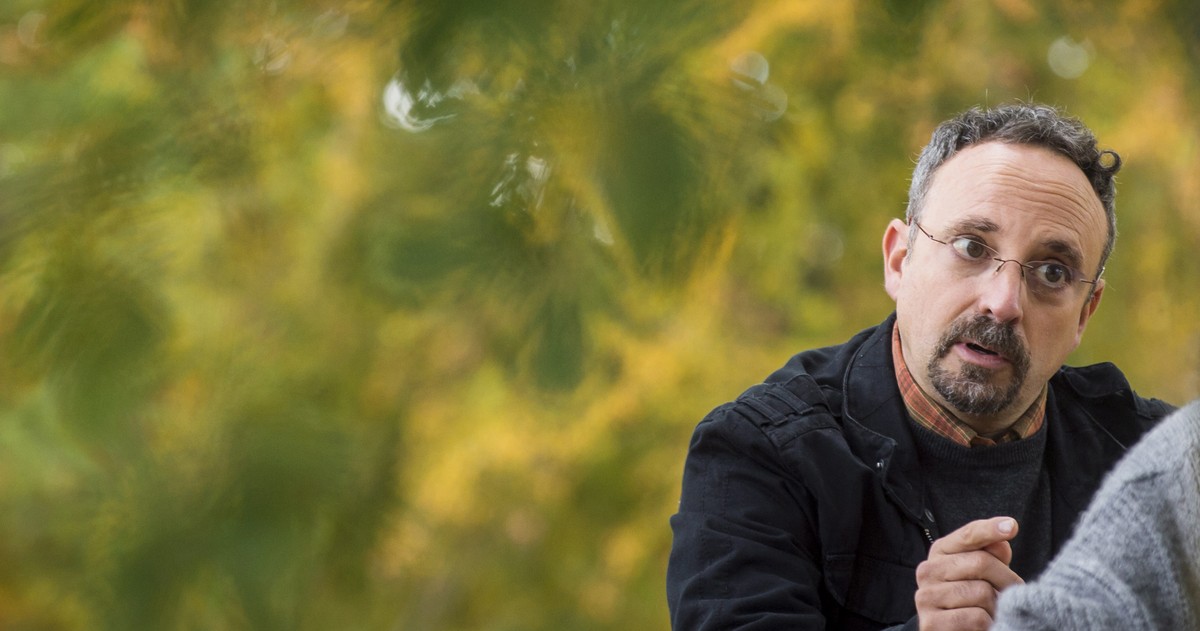 What has been the responsibility of science in this reduced vision of the economy?

The atomization of science has meant that each one is fixed in a single field, microscope and detail, but in a single field. And from there the contributions. That has been the problem. It has been very effective for some things, but for truly systemic and complex problems does not serve the scientific model we have designed.

For example, sustainability is a complex problem that requires a great interdisciplinary collaboration, a new semantic. And we have semantics so different from chemists, philosophers, biologists, physicists… that each one from his science sees a different world. We have different priorities. Creating a science based on interdisciplinary collaboration is one of our biggest challenges to facing complex problems.