“The researchers have a scientific-political responsibility”

Amaia Bacigalupe de la Hera (Portugalete, 1980) is a doctor in Public Health, professor of sociology at the University of the Basque Country and researcher of the OPIK group. He has been critical of the interpretation and management of the crisis of COVID-19, because he does not believe, at all, that it is something that has and affects us all equally. And it has solid reasons and evidence to believe it. Ed. Marisol Ramírez/©ENFOCA
In the OPIK group, you investigate the social conditions affecting health. How do you understand your health, how do you define it?

That's the first thing we have to be clear about is what health is. Because how you define your health, you will understand how to care for and promote it. It is clear that a research group of this type, formed by members of sociology, understands health beyond the biomedical model. That is, health is not only the absence of the disease, as the biomedical model has always understood, but well-being in a global sense.

When you disclose the definition of health to well-being, and do not abide by biological, genetic, and biomedical conditions, you are expanded to study how to care for health and what management can be done to improve health at population level.

It is a very important feature. We do not analyze individual health, but collectively, and at population level, to understand why some social groups have more chances of having good health than others.

Taking into account this definition of health, what are the conditions?

They have also carried out research in the context of covid-19. For you, a magnifier, a lid or an izeberg?

In fact, they can be the three, but I think we have the opportunity to be a magnifying glass. I don't know if we're going to get it, but seeing how covid-19 started, and how it's been becoming a body, how they've managed it politically, how they're doing it now... all this gives us the opportunity to put back on the table, in a spectacular way, the issues we've been working for a long time. Therefore, we have to take advantage of this moment, so it should be a magnifying glass.

It is true that others are also being used to cover, that is clear. But as a researcher and activist, this should give us the opportunity to tell people: hey, this is not just what a virus has stayed in a body. It is not a biological issue.

I think as a researcher we have a scientific-political responsibility. On the one hand, we must say that it is not true and argue that we do not all have the same sensitivity to the virus and that we do not all have the same opportunities to become seriously ill and die from covid-19. On the other hand, we have not all had the same opportunities to adapt to the norms and limitations that have marked us in this crisis. Thus, some have been able to live this time with greater or lesser suffering than others.

Once again, we have seen how social conditions are unbalanced. On this occasion we have applied such demanding measures, equal for all, without any flexibility, that have put the differences back on the table. 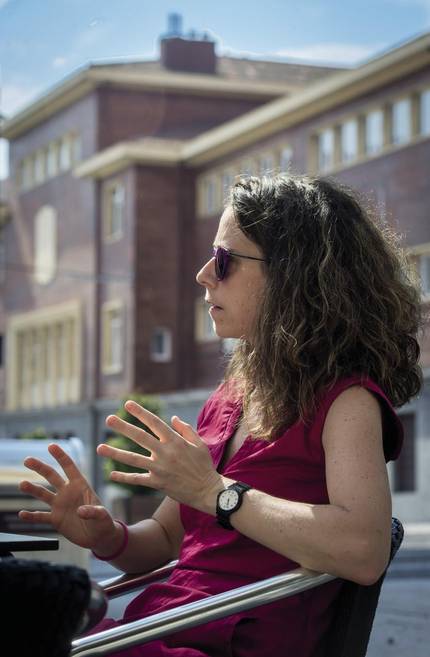 Therefore, our responsibility is not only to transmit information taking into account social conditions, but also to denounce politically the political management it entails. I, at least, live it like this. In that sense, therefore, it is a magnifying glass.

He says that even if the playing field is the same for everyone, we do not all have the same options to make some moves or others. What have been the conditions that have most influenced this?

First, there are structural conditions. It is not the same the management they have done in Madrid, for example, for the consequences that this historical political neglect has had in the care, that of the Autonomous Community of the Basque Country, in which, although between quotation marks, we have a stronger public system and in which the government has intervened directly in the private management centers.

Within this context, the differences that the social class and gender have jointly produced, intersectionally, are probably the most important to understand this. Why? The social class, which facilitates life, conditions not only the risk we run to infect us, but also the ability to live confinement with minimal well-being.

In times of confinement, we had children in the center, because from the beginning we thought they have been totally forgotten in the public debate, even more if we compare it with other countries. The elimination of children is an indicator of the model of society we have, so we decided to investigate.

In the thread of this research, we saw that what we thought beforehand, that is, for your health is key the type of home and life you have. It's nothing new, but that's fine too: it's great to find new things, but also confirm what we used to guess with data.

In addition, we saw that confinement did not affect mothers and fathers alike: mothers had worse experiences psychologically than fathers. We expected, because it is not by chance, but since these things happen inside the house, very little is known. That is why it is necessary to investigate.

It will also be seen in the labor market, in the data of violence, in the burden of care... In all of them, covid-19 will have a worse effect on women than on men. And with it is the influence of the social class. These conditions explain, in large part, the causes of this pandemic.

We must also take into account where new appearances are emerging, since we are seeing that they are emerging linked to certain social levels or economic sectors. It is also no coincidence, but it seems that the authorities prefer to think that things happen at random and have no political and economic root.

Also in health, in recent years it has focused on aspects related to genetics and the individual, which seems to save us. But this collides with other perspectives and has made it very difficult for us to spread a different message in the mainstream media, which is not “take care and depend on your future.” No, that's not the case.

And what do you think would have to do?

First, the determination, acceptance and exposure to the public that only what happens in health systems explains between 20 and 25% of the population's health level. With this, people would understand that their health, to a large extent, has nothing to do with Osakidetza, but with other things. This would allow creating a political consciousness. Then they would understand how social conditions affect our day to day and, in short, social inequality. 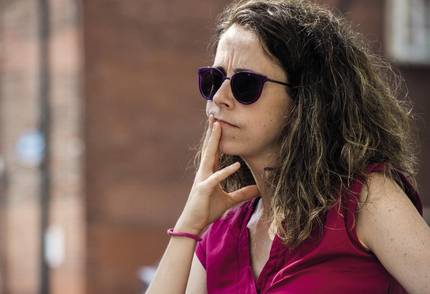 Some believe that only that influence is seen in the poorest. But it is not so, it is noticeable in the whole hierarchy. And not only in women but also in men. The realization would generate a political consciousness. The question is that it is not a vendible.

Society is not accustomed to this type of approaches

No, we have been used to receiving policies from fear. And if we don't change anything, we will keep thinking that things happen randomly. That, of course, is very good for the authorities not to assume responsibilities. The language they have used is also related to that: expressions of war, or as we all go in the same boat...

In short, this form of making politics has very deep roots and is completely naturalized. Neoliberalism since the 1980s and capitalism what have made us believe before? The effort and the trajectory that each one realizes, which explains how far you arrive. And it is striking, but there are many studies that show that it is precisely of low socioeconomic level that sustain these arguments more strongly. Surely there will be a certain hope for a better future.

It can be a way to escape stigma. Is there a risk of stigmatizing specific groups with covid-19?

The truth is that it is not easy to pay attention to certain groups without generating a certain stigma. But I think we can learn a lot from the past. AIDS has taught us a lot and in the following pandemics we have not reached that level of stigmatization. However, there is a risk. How to avoid it? In my opinion, if we understood that these structural conditions not only affect those very impoverished groups, but they cross all social layers, it would be more difficult to stigmatize certain groups.

And it is that many people have not yet been aware that social conditions generate a gradient, and that this is not a war between those who are good and bad, but that social inequalities play at all levels of society.

In the case of COVID-19, for example, we have not been able to analyze well, since the administration has prevented us from obtaining good data, but we have tried to analyze the relationship between the unemployment rate and the incidence of COVID-19 and, despite these scarce data, a clear gradient is observed. It is not that there is a neighborhood that is bad and that everyone else is good. They want to make us believe that, but it's not really that. And if people appropriated the gradient, the risk of stigmatizing would be reduced.

Yes. In addition, each conditioner will have its gradient and will cross with the other conditioners, will it?

That is. The different conditions cross us all, some to some extent and others in another. And no one is safe. For example, older men are more likely to suffer from covid-19 and lower socioeconomic levels or with specific economic activity. But if we look at mental health, surely these same social conditions, that is, age, gender and socioeconomic level, will have a very different incidence and we will see that many women of high social level suffer enormous medicalization.

It is about realizing that the model we are building is absolutely sick. And covid-19 is another very spectacular example. Anywhere, the model is very robust. That means clearly something.