“Mutations and cancer are part of our life”

One question raised the scientific trajectory of Arkaitz Carracedo: How are healthy cells different from cancers? Since then he has spent an extensive career in cancer research, as recognized by the European Union, which in 2013 granted him a grant of 1.5 million euros to investigate the relationship between cancer and food in the Basque Country. Given the extent of the disease and the great effort being made by science, from your CIC Biogune laboratory we wanted to take a deep look at cancer. Ed. Ed. : Luis Jauregialtzo/©Press Photos
Much research has been done on cancer. How has your vision of cancer changed in your career?

We learn that in nature there is a balance between all species. They have some competition between them and reproduce what best suits. Mutations that generate diversity in living beings occur. It is a beautiful image of evolution. So what cancer does is the same.

Mutations are not bad in themselves. However, if these mutations occur in areas where cell growth is controlled, these cells become damaged: they begin to divide uncontrollably and form a tumor. Cancer cells have a disease like schizophrenia and do not understand what the body says. As they proliferate so quickly, more and more errors are accumulating and with all these defects or mutations a great heterogeneity is generated between cancer cells. It is important to understand.

What are the weaknesses of cancer cells?

We work on feeding cancer cells, where there is a profound difference between cancer cells and conventional cells. When a cancer cell enters this rapid growth process, it has great energy needs. A normal cell, in addition to generating its structural components, largely uses food for energy to perform its function. However, cancer cells use them to grow.

Unlike our conventional cells, cancer cells move from one to another and must survive in different means. For all this, feeding allows the creation of different compounds and thus obtain energy, create cells or adapt their environment. In short, they can change the pH of the area, change the proteins that surround them. That's why metabolism is key. There are many drugs that regulate metabolism and that we can use to fight cancer.

Do you mean that cancer cells and conventional cells are fed differently?

Yes. Cancer cells get more glucose. The PET technique involves introducing radioactive glucose to patients and seeing where it goes. And where does it go? Well, cancer. This is how tumors look. The same goes for other nutrients. All cells contain the same compounds, but cancer cells use them very differently.

On the other hand, cancer cells are inside a body and changes in foods that occur there can affect them. We are investigating the influence of obesity. In people with obesity, on the one hand, hormones change and, on the other, the body has more fat, so cancer can use them to feed. For diabetes, high insulin levels also affect cancer.

With this research effort to understand cancer, isn't it disappointing to see the disease growing in our society?

With this we have a great debate in the laboratory, since it seems that there is a deep influence of the medium. I think there are two factors: life and age. Among the main causes of mortality in our society are cardiovascular diseases, cancer… and all of them are related to our way of life. We have to change our lives: obesity, diabetes…

In addition, we live more and more years. And one of the biggest risk factors for cancer is age. Older, more likely to develop cancer, due to two factors: over the years, defects build up and, as they age, our body's ability to fight cancer decreases. During the reproductive period (between 30 and 40 years), our body remains very active in its protection, but after this time our system of protection is weakening and it is at this time when many cancers appear.

However, cancer is ultimately part of our life and probably, if we live long enough, we will all develop it. By the functioning of our body is difficult to avoid. An estimated 30% of cancers are lifestyle preventable. Another 60% are due to own errors accumulated by our cells, due to failures of our body. And finally, 10% is hereditary: we have received a mutation from parents who solve gene errors, so we have more chances of cancer. 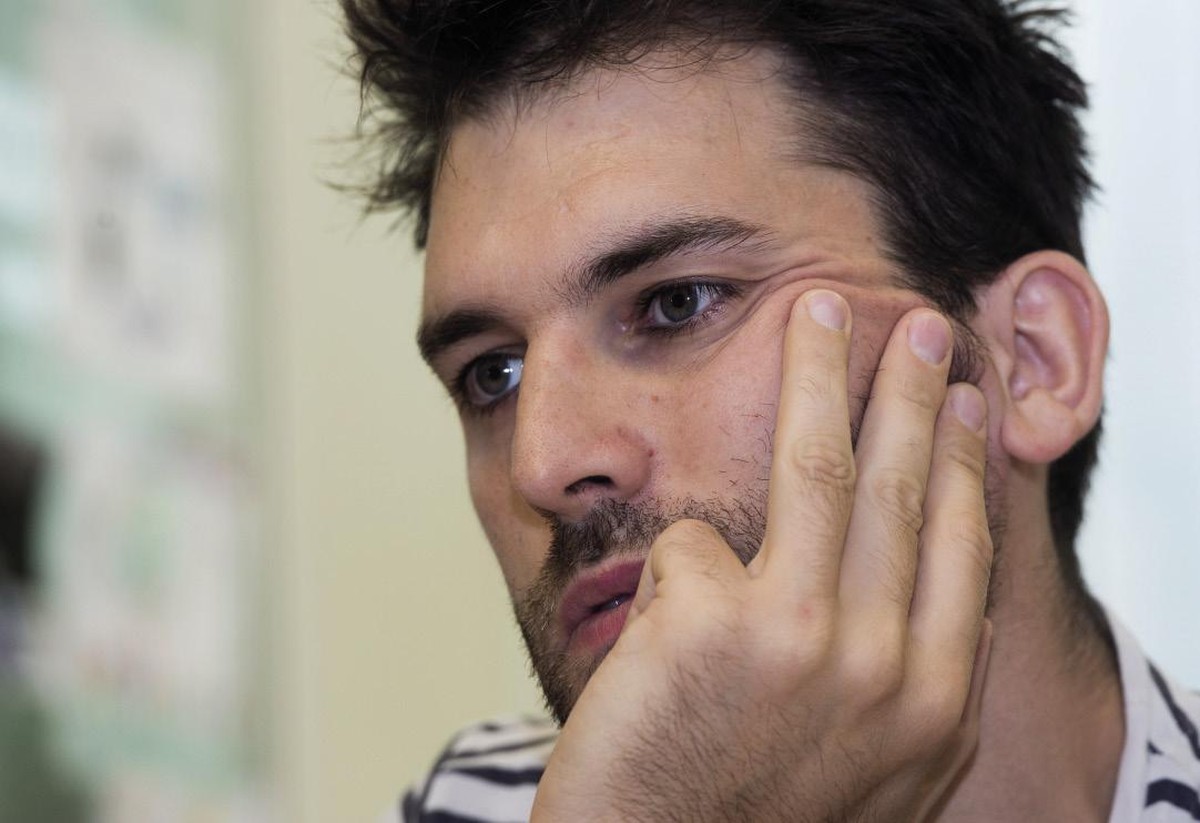 Ed. Ed. : Luis Jauregialtzo/©Press Photos
If most are random mutations, how can we address cancer?

We must recognize that we cannot avoid cancer. Mutations and cancer are part of our life. We are going to overcome other diseases, but cancer will continue there. What is our vision? We want most cancers to be cured within a few years.

However, we have a challenge: we always think of those two-thirds of cancers that occur randomly, but there are one-third of cancers that can be avoided and in that third part we can work. We know the risk factors: tobacco, alcohol, pollution… First, let’s eliminate risk factors and take care of food. Forecasts suggest that within 20 years 80% of society will be overweight, of which 40% will suffer obesity. The diseases it entails, in addition to cancer, will generate serious problems. Let's put forces there, and as for the other side, the investigation will do its job.

There is increasing evidence that stress affects our health: it can weaken the immune system, influence digestion, fertility… Can this stress, or poor management of our emotions, also affect cancer?

I think it's not cancer. Our emotional state affects a body axis, neuroimmunoendocrine. This means that our thinking and emotional state influence our immune and hormonal system. Hence a disease occurs when a phase of high stress passes. Our body works like this. But cancer does not work the same. However, if this weakness of our defensive system is chronic stress, it can influence the origin of cancer. That is possible.

Another very important factor in the case of cancer is the fact that the psycho-emotional environment is fundamental in the process of a cancer patient, from the knowledge of cancer to the whole treatment and process. Therefore, your psychological process must be worked out and cared for. Currently, psychology is not sufficiently integrated into our healthcare system and must be integrated.

In your laboratory you research the diet and metabolism of cancer cells. At this point, what challenges do you have?

This is our basic question: Do cellular nutrition and the behavior we provide to our body influence cancer? We have seen that yes. But now we ask ourselves a second question: in addition to this first tumor, how does metabolism influence metastasis and cancer extension?

In fact, normal cells usually don't move around, but when the tumor occurs, that tissue can't catch as many cells, they begin to expand. In addition, cancer cells need a lot of nutrients, so they begin to look for ways of survival and therefore expand. But to go outside they have to break the physical limits of the tissues. Then they have to go out into the blood, a totally different means, and to survive they have to “swim.” Then, they will have to leave the blood vessels and survive in another tissue, totally different. Thus, millions of cancer cells flow, but only a very small percentage will survive: less than a million cells. We think that metabolism and food are important in adapting to these new media. 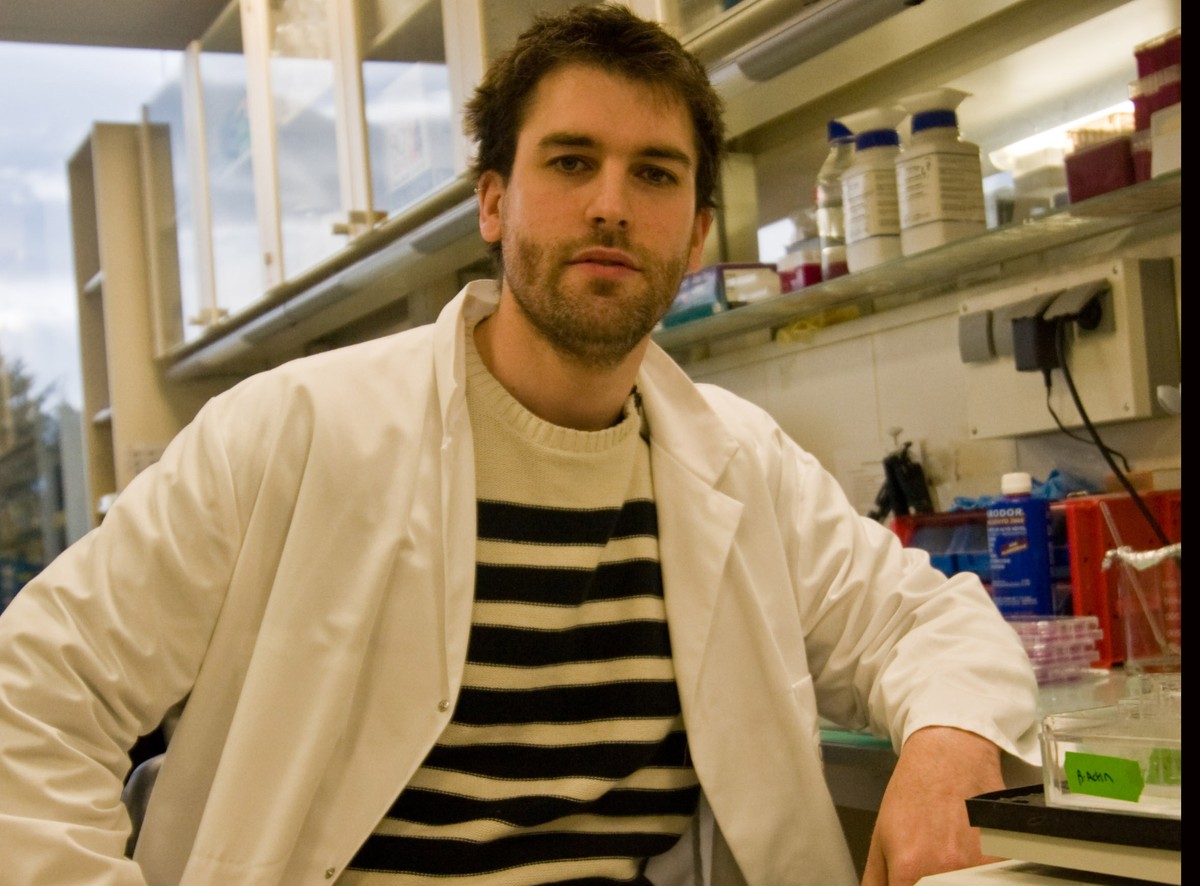 Ed. CIC bioGUNE
In addition to metabolism, what new pathways are currently opening up in cancer therapy?

Three major discoveries have been made that will be key in cancer treatments: on the one hand, targeted treatments. It seems to be very complicated due to the great heterogeneity caused by mutations, since cancer is a large number of different diseases. But, grouped by its molecular characteristics and knowing its weaknesses, we will be able to see which cancer is exactly the one that a certain patient suffers and therefore determine what specific treatment should receive. Each patient needs specific treatment.

The second strategy is to strengthen the immune system. Cancer avoids in a very early stage the defensive system of our body, somehow it becomes invisible and our defensive system cannot attack it. In recent years we have seen how we can teach the immune system to attack cancer cells. Known as immunotherapy, its response has been very good in some very aggressive cancers that until now had no treatment. The combination of both treatments will allow for better responses.

And the third key is liquid biopsy. Why are we going to take a cancer sample if we can see signs of cancer in the blood? Presence of cancer cell fragments in the blood. It is currently technically possible to detect very small amounts by a blood test. In addition, blood mutations with DNA from cancer cells are already being sought. Screening is expected to detect early stage cancer and its specific characteristics.

Combining all this, corrected treatments, strengthening the immune system and early and accurate detection, I think we are facing a solid advance against cancer.