“For the Basques it is absolutely strategic to scientifically understand bilingualism”

Language makes us a social being, and some claim that language competence has been fundamental to the success of our species. Language shows us the very essence of humanity. But science has shown that there are prejudices and ignorance behind many beliefs that have been considered true. Proof of this are the reflections of Itziar Laka Mugarza, linguist and researcher at the UfV. He has spoken long and tense about language, cognition and bilingualism. Ed. Marisol Ramirez/"Photographic Press
In science, it has been very common for humans to look for the characteristics that differentiate us from other animals. Imagination and language have often been mentioned. What is your opinion?

I personally do not seek the characteristics that differentiate us. I think we should overcome that way of thinking: what makes us special. All living beings are as special as we are. Tardigrades also have some very surprising peculiarities.

It's self-centered to think that imagination and language are just us. It is wrong that, without research, it is considered that the capabilities necessary for them are exclusively human. The field of comparative cognition is making it clear that the cognitive life of primates, birds, octopus, whales… is much richer than we thought, we know that language is very old, and some parts of language are very old, that we share with other animals.

In fact, recently it's been published that the hearing of the Neanderthals was like ours. Another data that suggests talking…

Neanderthals may speak for sure. This latest news has brought further evidence. We already knew that they had the necessary conditions to speak: that they had symbolic capacity, that they had a kind of hyoid bone in the throat, that as we had the mute FOXP2 gene…

Singing is also interesting. Anthropologist Steven Mithen proposed that singing and music appeared in our species before language, and there may be precedents for it. And they are also characteristics of our species: they unite us, they have a social function, as in many other species. So it's very possible that Neanderthals and our common ancestors also sing.

What do you now know about the creation and evolution of language?

We still have very little scientific evidence to understand how the skills needed for language have evolved. What are the characteristics of our language? For example, form. What you and I are sharing is very complex. Through the way we share meanings, you and I are actually sharing thoughts when we speak. 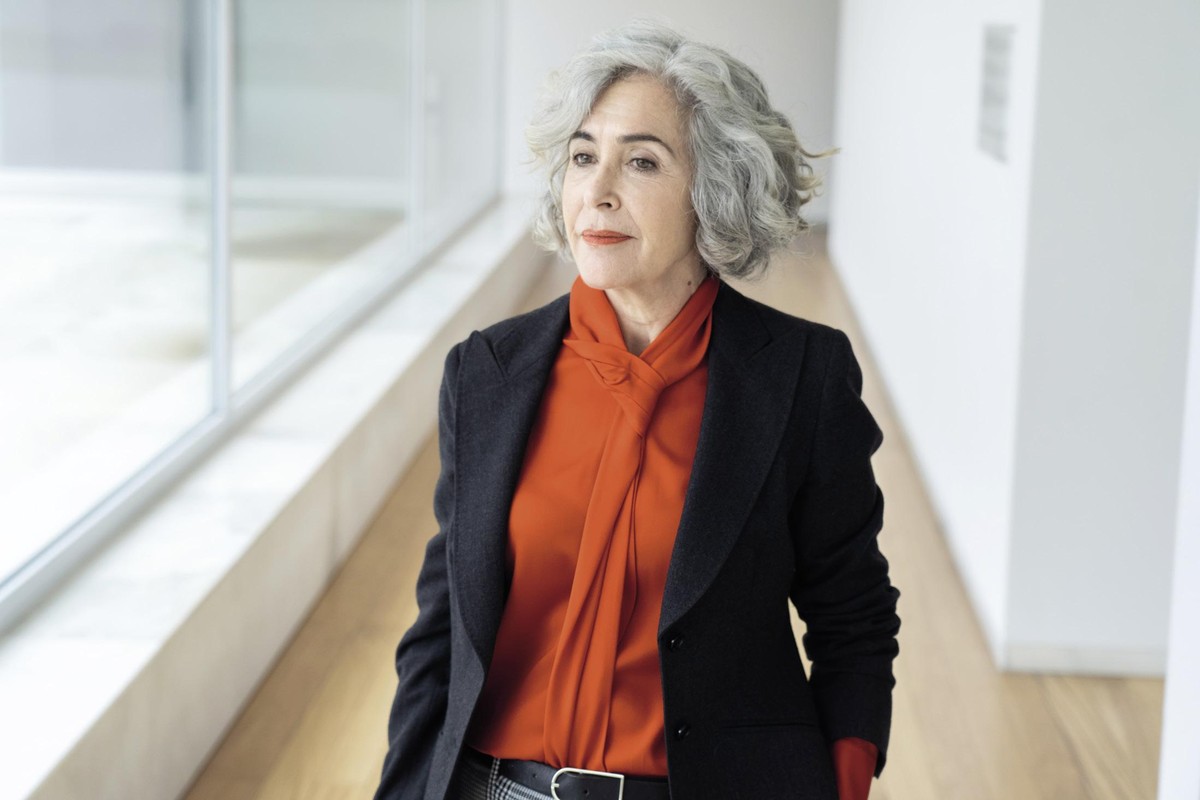 Another important feature of human language is recursiveness. Our language is structured in Russian matriculation dolls. Syntagmas can appear within each other without limits. So you can theoretically start making a prayer and never finish it. For example: Mary has said that Patxi believes that Pakistani believes… That gives infinity to our language. In the opinion of some thinkers, this is one of the characteristic features of human language, which do not have the languages of other animals. They consider that this characteristic gives us a special way of thinking about humans, who do not have other species. So when they're raising the evolution of language, those thinkers will tell you that language was created precisely when recursivity arose.

It seems to me to be too narrow a view of language. And I think we haven't done enough research yet. Today, most people who work in human evolution will tell you that the origin of language is much older than was thought; that many of those key pieces of language are shared with other animals. When we start by saying that “we know only human beings”, we often talk about ignorance.

Stories have been created to explain the genesis of language with things that intuitively seemed impossible to us: with fire, the human brain became bigger and bigger, as the license plates became smaller, we became hunters and we had to communicate. Therefore, at first we would create some cheeks to communicate and then words would emerge. At first, we would have had a few words and we would have used them loose: you, I, yes, no... and little by little, from there would be grammar. That is, there is an idea in which there is a protolinguistic phase in which there were big words (mountain, woman, eye…) and there would be no small words that are used to build grammar (cases, verbal agreements, etc.). ). And that Neanderthals would have a kind of protolanguage, but not this grammatical, recursive, combinatorial language like ours. But where are the tests? They don't exist. So for the moment, we do not know.

All knowledge of the tongue must be based on evidence. The knowledge acquired in recent years is very interesting. The more she investigates the cognition of other species, the more complex her mental life is. For me, at least, you don't have to think about where the crown's treasure is, that jewel of humanity.

There's a long debate about language and thought: whether language is just a means to express thought, or whether it's the engine of thought and cognition. What do you think?

I don't know, the relationship between language and thought is very complex. There are hypotheses, but it's not clear. Some linguists will tell you that language is the thinking machine that we have. To think, language is essential. But it's still not clear what it means to "think." We have very little evidence that other animals don't think.

Cognition is much older than language; animals have cognition, even without language. A cricket doesn't have the word kilker in its head, but it knows what a cricket is, what it is to be alive.

What are the main challenges of neurolinguistics from now on?

I don't like to call neurolinguistics, I call language study. And there are many challenges: on the one hand, understanding well what thought and cognition is. But perhaps that does not come from linguistic research, but from another field. And on the other hand, we have to learn a lot about bilingualism. There are still a thousand questions to answer. 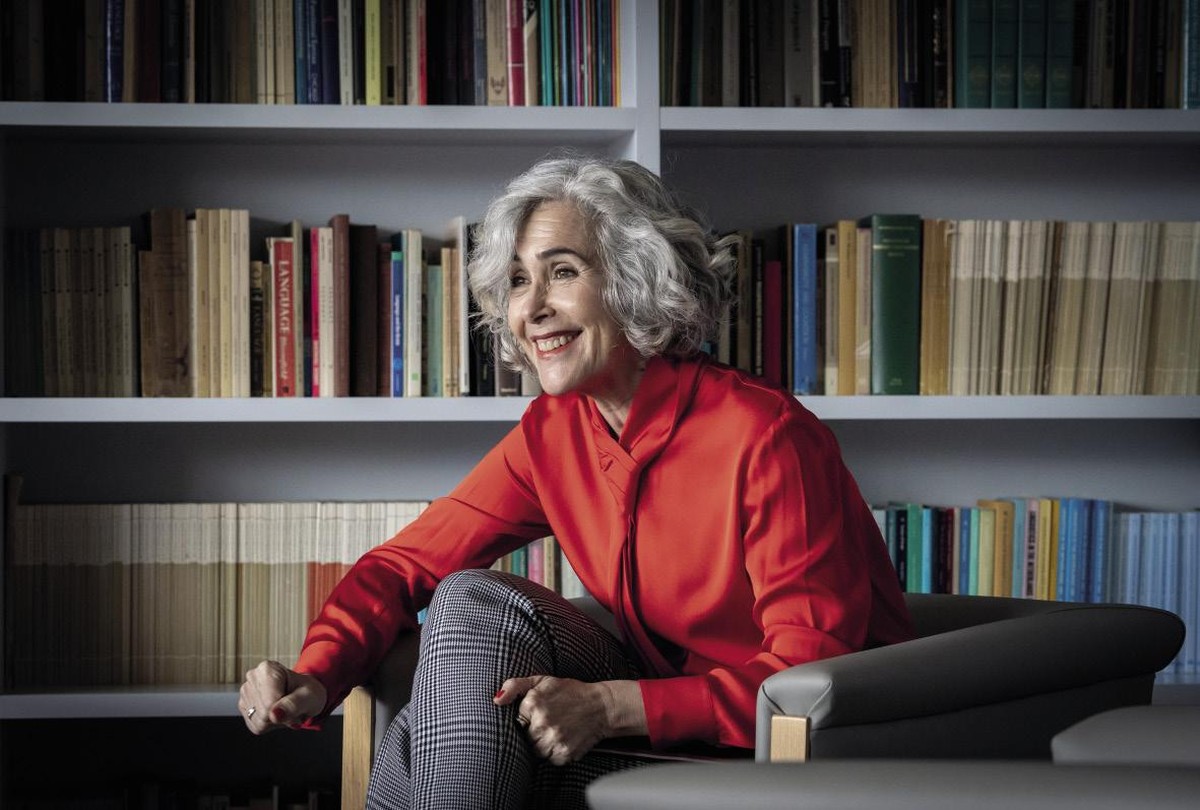 Ed. Marisol Ramirez/"Photographic Press
That's your field of research, bilingualism. What is it going to help us understand the basis of bilingualism in the brain?

It is a fully strategic knowledge for the Basques. We have to be clear: when we talk about bilingualism in this country, what we are doing is whether or not the Basque country will make progress. We should be the ones who know the most about bilingualism in the world. It is absolutely strategic to clarify how a language other than the first is well learned. Scientifically, I mean. What actually happens in our brain? What relationship does the existing knowledge have with the new knowledge we have to learn? That is a boiling field and we are clarifying many things.

An example to see how important it is to investigate and talk only when you have evidence. We have spent many years hearing that the main difficulty of the Basque is the auxiliary verbs. And those who believe in linguistic engineering, on the limits of madness, have proposed that auxiliary verbs should be simplified in Basque so that Castilian speakers learn more easily.

However, in our research we have seen that when the Castilian speakers learn Basque, even when they do it very young, the difficulty is with the ergative. The Basque language is an ergonomic language, which was not Spanish: “I’ve gone”, but “I’ve seen it”. Their separation costs them a lot, they make more mistakes, and their brain configuration is special. We find particularities between the electrophysical responses of those who have the Basque language as the first or second language compared to the ergative.

So if the difficulty is in the ergative, and knowing that the brain is a frequency machine that, listening over and over again, outstripping what's hard for it, we give ergonomic food to the brain of those who are learning Basque. At least Castilian speakers and French. When someone who knows the Hindi language learns Basque, they may not have that difficulty, because India is also an ergonomic language. The difficulty will depend on the organisation of our first language. We have to teach languages based on scientific evidence. It's strategic if we want people to learn our language.

What else has the research of bilingualism, key to the Basques, shown?

Besides the teaching of the Basque language, it is very important to take into account the empirical results in language policy. It's important to understand that in our brains, every language doesn't have a specific scope, and so when we speak, not a single language is ignited. Languages are all turned on together. When you and I speak, in addition to the Basque language, we have on other languages that we know, and the brain has to strive to keep silent those that we won't use.

So one example: street signs. When we go down the street, we see a bilingual sign, our brains turn on languages -- all languages -- but if our eyes touch Spanish first, our brains, unaware and at the speed of a few milliseconds, will try to turn off other languages. That is, even though you see the Basque below, by then, in that millisecond, the Basque is already silenced and it will cost you a lot to reactivate it. Therefore, it is not symbolic that, in the posters, if vertically arranged, the Basque language is first placed under Spanish, or if they are organized horizontally, the Basque language is left and Spanish is right. He has a scientific reason.

In order to overcome the disglossia of our heads, the Basques must ensure that in our society the language in which the Basque is the first language that touches the eye will really be fulfilled, so that our brain can spend a significant part of the day with the Basque activated. So it's so important that our landscapes are really Basque. But our landscape is increasingly digital, and what happens to us in reality is that our machines and texts speak to us Spanish…